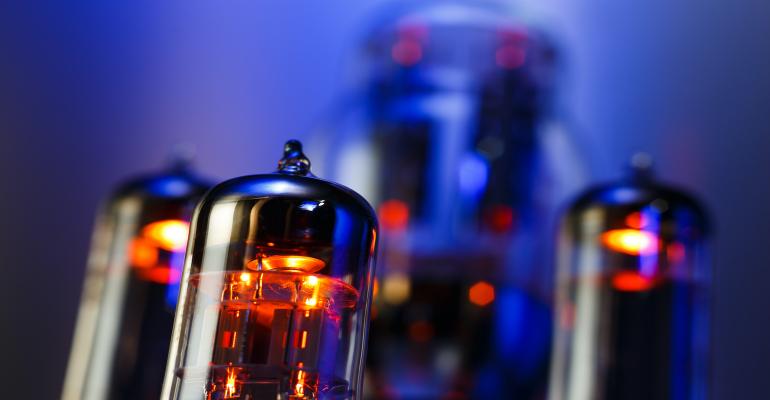 Modern incarnations of the technologies of yesteryear – such as Nixie tubes and 21-segment Victorian displays – add charm to modern devices.

My current hobby project involves creating a 21st Century incarnation of a super-tasty 21-segment Victorian display technology. I will explain more in a moment, but first...

I don’t know about you, but I’m a big fan of the steampunk aesthetic, which I feature in many of my hobby projects. This is especially true in the case of display technologies. Take Nixie tubes, for example, which first appeared on the scene in the 1950s.

Nixie tubes are similar in appearance to vacuum tubes except they don’t actually contain a vacuum. Instead, they are loaded with a gas such as neon mixed with a little mercury or argon, all at very low pressure. The glass tube also contains a wire-mesh anode along with multiple cathodes that are shaped like numerals or other symbols. Applying power to one of the cathodes causes it to be surrounded by an orange glow discharge.

These tubes come in all shapes and sizes. Most of them are rather small, but there are larger versions like the Z568M, which is about 2 inches (50 mm) wide and 4 inches (100 mm) tall. These days, the main sources for Nixie tubes are reclaimed items from old equipment or new old stock (NOS) manufactured by the Russians or East Germans in the 1960s and 1970s. (The term NOS refers to the aged stock of merchandise that was never sold to a customer but is still “new” in its original packaging.) Unfortunately, these tubes aren’t cheap – you can pay anything up to $500 for a prime Z568M.

Related: How AI, ML, and AR Will Change the Face of Design

I love the look of Nixie tubes, and I’ve seen some awesome artifacts based on them. For example, I have a friend called Paul Parry who owns Bad Dog Designs in the UK and who creates all sorts of Nixie tube timepieces. One of my favorites is the Bombe, which -- in addition to six Nixie tubes displaying the time – features four drums that spin around decrypting a message in the same way that the Bombe device used by British cryptologists helped de­cipher German Enigma-encrypted mes­sages during World War II. 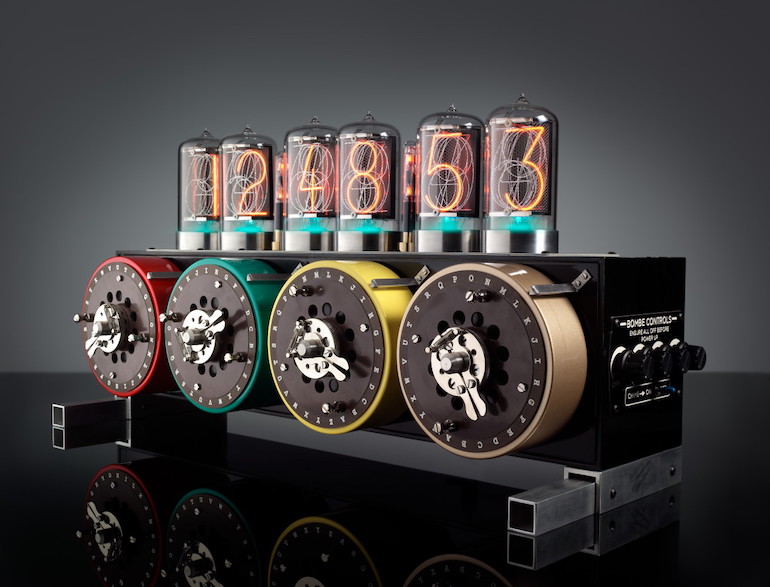 If you are interested in creating your own Nixie tube clock, you might want to check out the kits offered by PV Electronics, which is owned by Pete Virica. Paul uses Pete’s boards in his designs. I’m also using one of Pete’s boards to drive a Nixie tube chronograph I’m currently working on as a background project.

Until relatively recently, I didn’t think anyone was creating new Nixie tubes these days, but then I was introduced to Dalibor Farny who hails from the Czech Republic. Dalibor handcrafts his own brand-spanking-new R|Z568M tubes, which are pin-compatible with the original Z568M tubes at only a fraction of the cost. Actually, Dalibor built a special set of eight steampunk R|Z568M tubes for me – one of only two such sets in existence. With copper anodes and bronze bases, these are beautiful to behold and will be the focus of my aforementioned chronograph.

Once or twice a year – on those years when there isn’t a worldwide pandemic – I travel back to England to visit my dear old mom. On the last Friday, before I return to the USA, a bunch of my techno-geek friends flock from all over England to congregate at my little brother’s house where we spend the day telling tall tales of derring-do and showing off our latest and greatest creations with my mom providing “Ooh” and “Aah” sound effects as required. A couple of years ago, Dalibor flew over to join Paul, Pete, your humble narrator, and the rest of our sprightly sprocket (where “sprocket” is one contender for the role as the collective noun for a group of engineers).

Another interesting display technology from the 1950s involved ten thin sheets of glass, each having a different numeral etched into it. Each sheet was illuminated from one edge using a small incandescent bulb the size of a large grain of rice. The reason I mention this here is that a guy called Connor Nishijima has created a modern incarnation of these displays, which he calls Lixies. Instead of glass, Connor’s Lixie displays – which are around 2-inches wide and 4-inches tall – employ ten thin sheets of acrylic, each illuminated by two base-mounted WS2812B tricolor LEDs. In addition to requiring only 5 volts to power them (as opposed to 170 volts for Nixie tubes), Lixies can be daisy-chained together and controlled from a single pin on a microcontroller.

I’m actually using 12 of these displays in my Countdown Timer, whose main mission in life is to display the years (YY), months (MM), days (DD), hours (HH), minutes (MM), and seconds (SS) to the commencement of my 100th birthday celebrations, which will occur at 11:45 a.m. British Summer Time (BST) — which will be 5:45 a.m. Central Daylight Time (CDT) in the USA — on 29 May 2057, so now would be a good time to clear this date on your calendar. Take a gander at this video, which shows some early experiments with simple transition effects on my Countdown Timer.

All of which returns us to my most current project, which is a modern take on antique technology. When I hear someone say something like “7-segment display,” I immediately think of the LED-type technologies that sprang up in the 1970s or their electroluminescent counterparts from the 1960s. You can only imagine my surprise and delight to discover that a guy called George Lafayette Mason filed a patent for 21-segment displays in 1898, which makes it legitimate to assign the “Victorian” moniker to these little rascals.

The original versions of these displays employed 21 small incandescent bulbs (one per segment). These bulbs were controlled by a complicated electro-mechanical switch that could activate various groups of segments as required to represent different alphanumerical characters and symbols.

Well, a group of folks in the UK has been working on recreating these displays using modern technologies. As part of this, my chum Steve Manley designed 3D shells and WS2812B-based circuit boards to implement characters that are 50 mm wide and 65 mm tall. 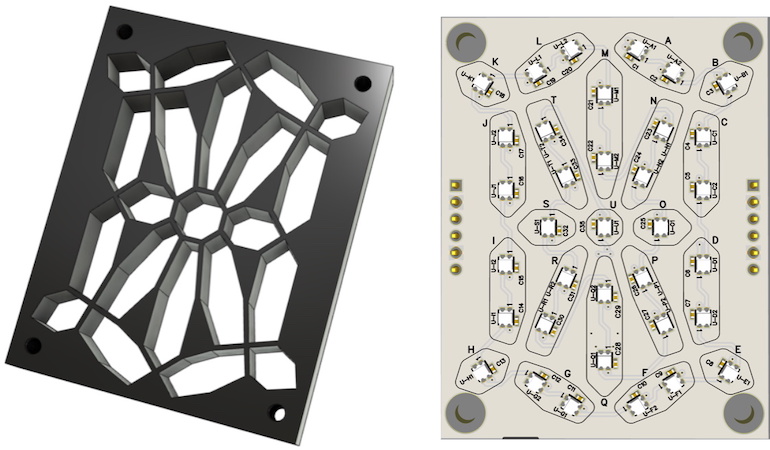 The 3D printed shell and associated circuit board for a modern incarnation of a 21-segment Victorian display.

When a diffuser is added in front of the shell, the result is rather spectacular. I currently have ten each of Steve’s shells and boards with which I will be implementing a 10-character display (I’m planning on wiring everything up this coming weekend as I pen these words). Steve and are constantly bouncing emails back and forth regarding effects we might implement, such as the “starburst” shown in this video in which we illuminate rings of LEDs commencing with the central pixel. In the fullness of time, we will develop this effect such that we can use it to introduce characters to the displays.

One problem at the moment is that we are coming up with new ideas faster than we can implement them. For example, do you recall my recent column on "Easily Add Motion and Orientation Sensing to Improve Your Projects?" One of the ideas I mentioned was to add such a capability to the 10-character Victorian display presented here so that I can cause new text messages to “slide in to and out” of the display by simply tilting it to the left or right. But in order to do that, I need a wooden case and brass panels and... I will reveal more in a future column. Meanwhile, as always, I welcome your comments, questions, and suggestions.