HomeElectronicsWhat Ring Camera Hacks Teach Us About Smart Home Security
Recent
Electronics
Volkswagen’s Electric Successor to the International Scout 4x4
May 16, 2022
The Music Is Over For Apple's iPod
May 16, 2022
Q&A With IndyCar Gearbox Expert Anna Chatten
May 13, 2022
Intel Unveils Trust Authority to Boost Security
May 13, 2022
POLL
Supplier News Looks at Highly Customizable Industrial Monitors
May 12, 2022
Here Technologies Maps are Key to Mercedes Level 3 Automation
May 12, 2022
'We Built the Domino's Pizza Tracker for Manufacturing'
May 12, 2022
Break Your Bubble Gum Habit by Watching Its Production
May 12, 2022

What Ring Camera Hacks Teach Us About Smart Home Security 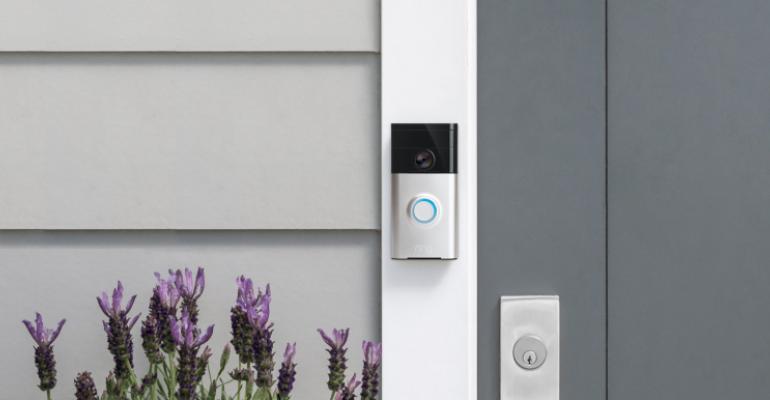 A new series of hacks related to the Ring home security camera have shined a spotlight on a growing need for device manufacturers to step up security around smart home devices. Here are some measures that should be taken.

Smart home devices, from Ring doorbells and cameras to smart refrigerators and TVs, and now even Smart Toilets, have emerged as a rapidly expanding multi-hundred billion dollar/year worldwide market. With IoT devices now present in approximately a third of U.S. homes, cybersecurity risks are growing for the average consumer.

Such risks are not just theoretical. Recently, Ring doorbells and cameras have suffered from several high-profile cyber attacks, including, in one case, a Ring camera in the bedroom of an 8-year-old girl that was accessed by a hacker who instructed the girl to mess up her room and to call her mother by racial slurs. In another case, a hacker told a young girl that he was Santa Claus and taunted her through the camera.

Stories of hackers harassing children are shocking and, as such, quickly gain headlines. These attacks show how vulnerable our privacy has become with the growth in smart home devices in contrast to their failing security measures.

And the concerns even go beyond privacy. IoT botnets frequently conscript smart home devices, weaponizing them into DDoS attacks, using them to send massive amounts of spam emails or to perform crypto mining. Other attacks have resulted in loss of personal data including financial information and WiFi passwords. Worse still, cyber attacks can escalate into physical threats. Criminals can monitor security cameras to determine when homeowners are absent and hacked door locks could allow easy entry for someone looking to steal more than just data.

Ring doorbells and home security cameras are far from the only smart-home device to have suffered from a cyber attack. Appliances are vulnerable as well. One of the first recorded botnet-infected appliance incidents occurred during the holiday season in late 2013 when, according to Business Insider and Proofpoint, a refrigerator-based botnet was used to attack businesses. Unlike most malware attacks, this Botnet did not attack the host it infected but instead served to out waves of DDoS attacks that were used to cripple businesses.

A slew of smart-home devices have been found to be vulnerable, including smart light-bulbs, smart locks, smart toilets, and baby-monitors. Despite waves of recent legislation that mandate higher levels of security, it does not seem likely that these security problems will be resolved any time soon.

These breaches show that devices require higher levels of security and that the use of static credentials is inherently flawed.

The Never-ending Battle of IoT Security

The Ring breach is not the first example of weak static credentials resulting in an IoT hack. The Mirai botnet, which used default passwords to access a variety of IoT devices, is the poster child of IoT hacks exploiting weak credentials. Static credentials (usernames and passwords) place undue burden on device users and are increasingly inadequate when advanced authentication technologies, available today, would inherently prevent such hacks.

We have moved beyond the introductory days of the IoT to mass deployments. It is no longer acceptable to sell and deploy connected devices, from cars to smart doorbells, with weak or nonexistent security. In light of damaged consumer confidence and increasing safety risks, it is critical that IoT device manufacturers begin taking security seriously and build comprehensive security technologies into their devices.

The state of California and the European Union have already enacted legislation requiring greater levels of security for IoT devices, and many other jurisdictions have pending legislation. In addition, industry consortiums and government regulatory bodies, such as the FDA, have begun to define cybersecurity requirements for IoT devices in specific vertical markets.

Keeping IoT devices and information safeguarded from cyber attack is not simple and will never be perfect. It’s an ongoing evolutionary battle. Cyber criminals are always improving their methods and developing new, even more clever attack tactics. However, staying current with cybersecurity best-practices and using proven security solutions provides a strong foundation for protecting devices from cyber attacks.

Home Security In The Age of IoT

To protect homes and businesses from cyber attacks, any and all connected devices must include a range of security features that protect the device from a variety of attacks, protect the integrity of the device, and enable “device identity “—so that any connected things can be authenticated to safely communicate via the internet using encryption. There are a variety of industry proven and tested IoT identity and integrity solutions that provide IoT manufacturers with highly effective techniques and protocols for authenticating and securing connected devices.

Alan Grau has 30 years of experience in telecommunications and the embedded software marketplace. Alan joined Sectigo, a leading Certificate Authority and provider of purpose-built PKI management solutions, in May 2019 as part of the company’s acquisition of Icon Labs, where he was CTO and co-founder, as well as the architect of Icon Labs' award-winning Floodgate Firewall. He is a frequent industry speaker and blogger and holds multiple patents related to telecommunication and security. More info about cybersecurity and protecting the cloud can be found at https://www.sectigo.com.