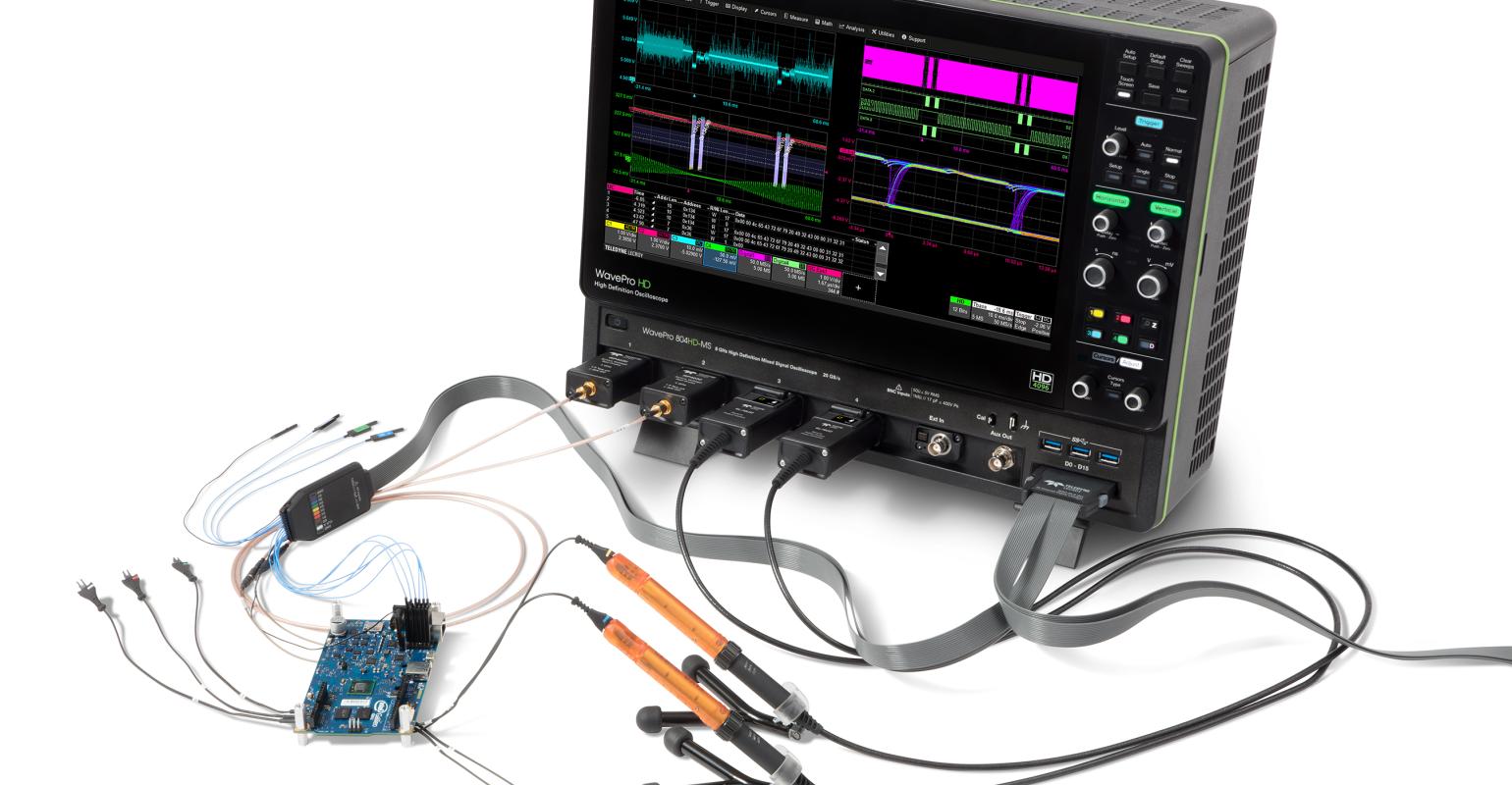 A new high-resolution, high-bandwidth family of oscilloscopes promises to give engineers greater insight into products ranging from mobile and handheld devices to deeply embedded systems for the IoT and automotive industry.

Targeted at product developers and system-level validation engineers, the WavePro HD is believed to be the only oscilloscope at this time to combine 12-bit resolution with performance up to 8 GHz. By doing so, it is said to enable more effective testing of a growing breed of electronic products that incorporate many high-resolution sensors.

“It allows you to see everything with an accuracy that really hasn’t been possible up to now,” said Patrick Connally, technical marketing engineer for Teledyne LeCroy, maker of the new oscilloscope.

Teledyne LeCroy said it plans to target the product at a wide range of applications. Those include deeply embedded systems, such as IoT products and advanced driver assistance systems (ADAS) for vehicles. The company’s engineers say they also foresee its use in power integrity testing of mobile and handheld devices, as well as for high-speed noise and jitter analysis and testing of data center technologies. Such systems, they say, require an instrument that combines high resolution, low noise, and high bandwidth.

“Products are becoming smaller, faster, and lower power,” Connally told Design News. “So on one hand, you might need something that’s low noise, high resolution, and able to make very precise measurements of small signals. But at the same time, you might need to be able to look at fast phenomena and fast signals. This lets you do both.”

The key to the new oscilloscope’s capabilities is an 8-GHz chipset with a low-noise front-end amplifier. “We have the 12-bit ADC but also a new front end, so we’re able to get high resolution while keeping the noise really low,” Connally said.

Competitors offer the same bandwidth as the WavePro HD, but not at the same 12-bit resolution, the company said.

At the same time, the new instrument offers a memory that facilitates long capture times at high sample rates. Its ability to capture up to 5 gigapoints of memory is also believed to be an industry first.

Pricing for the WavePro HD starts at $31,000 for a 2.5-GHz model and goes to $39,500 for 4 GHz, $57,000 for 6 GHz, and $71,000 for 8 GHz. All models include software tools that can be used for analysis of signals ranging from power distribution networks and analog sensors to digital activities and serial data messages.

Connally said the company sees the WavePro HD as a general-purpose product. “We’re pointing it at certain applications, but we don’t see it as a specialist instrument,” he told us. “It’s just a better mid-range oscilloscope.”