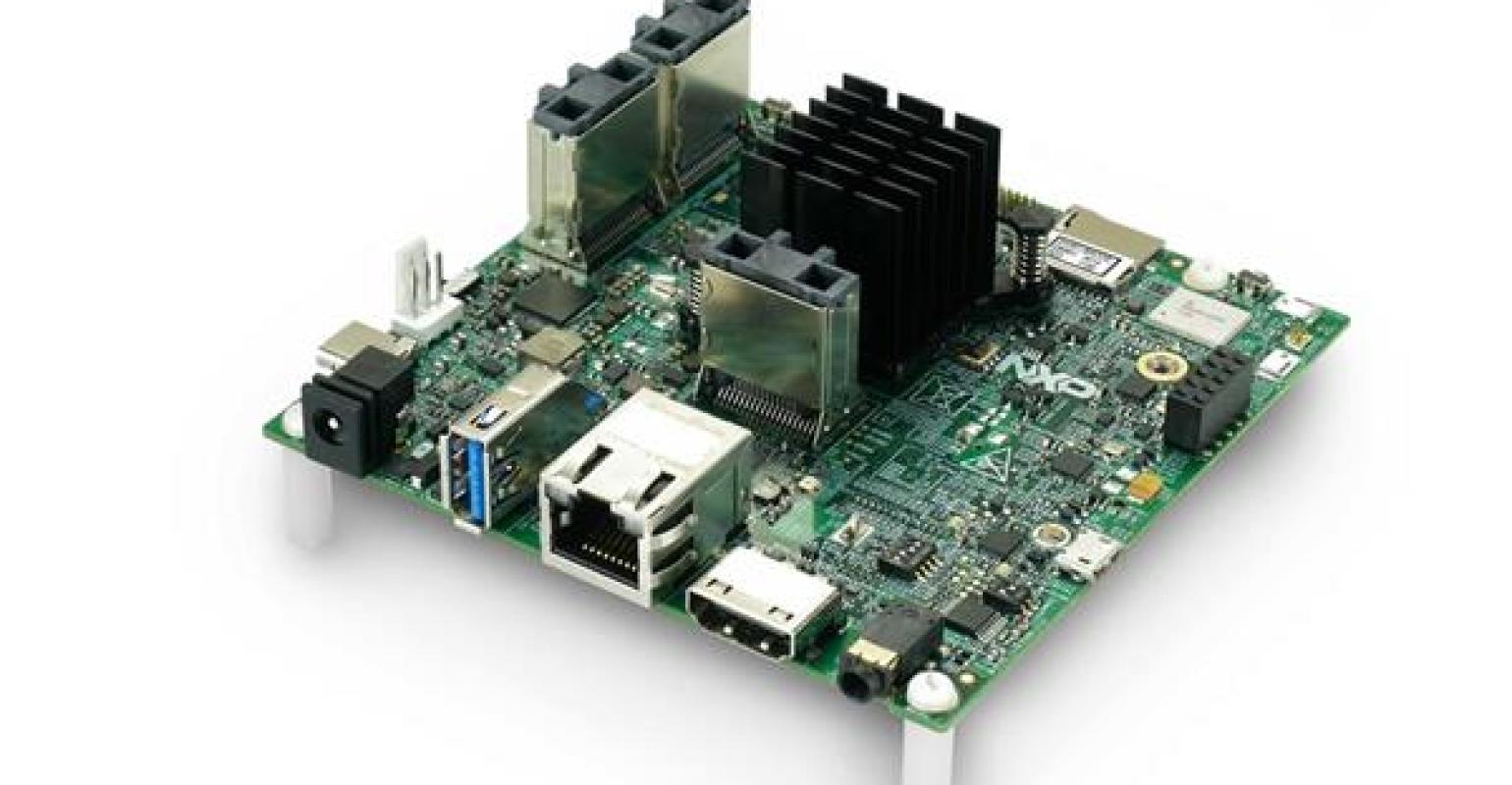 Family of processors is targeted at voice, video, and audio applications

NXP Semiconductors N.V. is launching a family of processors aimed at embedded audio and video applications ranging from smart speakers to home security to streaming media players. Known as i.MX 8M, the family integrates ARM Cortex-A53 processor cores with Cortex-M4 microcontroller cores, providing a combination of high performance and low power. “We can do very high-performance video with the A-cores and we can do low-power tasks with the microcontroller,” Martyn Humphries, vice president of consumer and industrial application processors for NXP, told Design News. “And we can do it all in the same chip.”

With the new family, NXP is targeting embedded applications that use voice commands, such as smart TVs, sound bars, thermostats, door locks, smart sprinklers, home security, and a wide variety of home automation systems. Humphries said one of the goals for the technology is to use voice to simplify human-machine interaction. “For instance, you can give a voice command to stream a specific TV episode and then ask a contextual question about the actor, which initiates a search and displays the results on the screen—all while your show is still streaming,” he said.

The semiconductor giant is also targeting the industrial and IoT worlds. As such, the technology could be used to control CNC machines on the factory floor or HVAC systems in commercial buildings.

The key to the new family is its ability to distribute tasks—using the high-performance cores to do video and graphics, for example, while offloading less compute-intensive tasks to the microcontroller. “If we compare it to some of the older 40-nm technologies, it’s using half the power, maybe less,” Humphries told us. “So we reduce the power and reduce the thermal management needs, which makes the overall product cheaper and increases its life.”

The processors incorporate up to four 1.5-GHz ARM Cortex-A53 cores and Cortex-M4 MCU cores, along with 4K UltraHD video resolution and 20 audio channels. The new family is consistent with the larger mission of NXP’s i.MX8 brand, which is known as a “crossover” product because it combines high-performance processor cores with MCU cores. “We found there was a demand out there for this,” Humphries said. “Some people want to have application-processor functions, but at the power and price of a microcontroller.”

The new family, which will reach production later this year, is currently being employed in a variety of applications by NXP partner companies. Humphries noted that NXP has about a dozen companies that are integrating the chip onto a PCB and applying it to industrial computing applications.