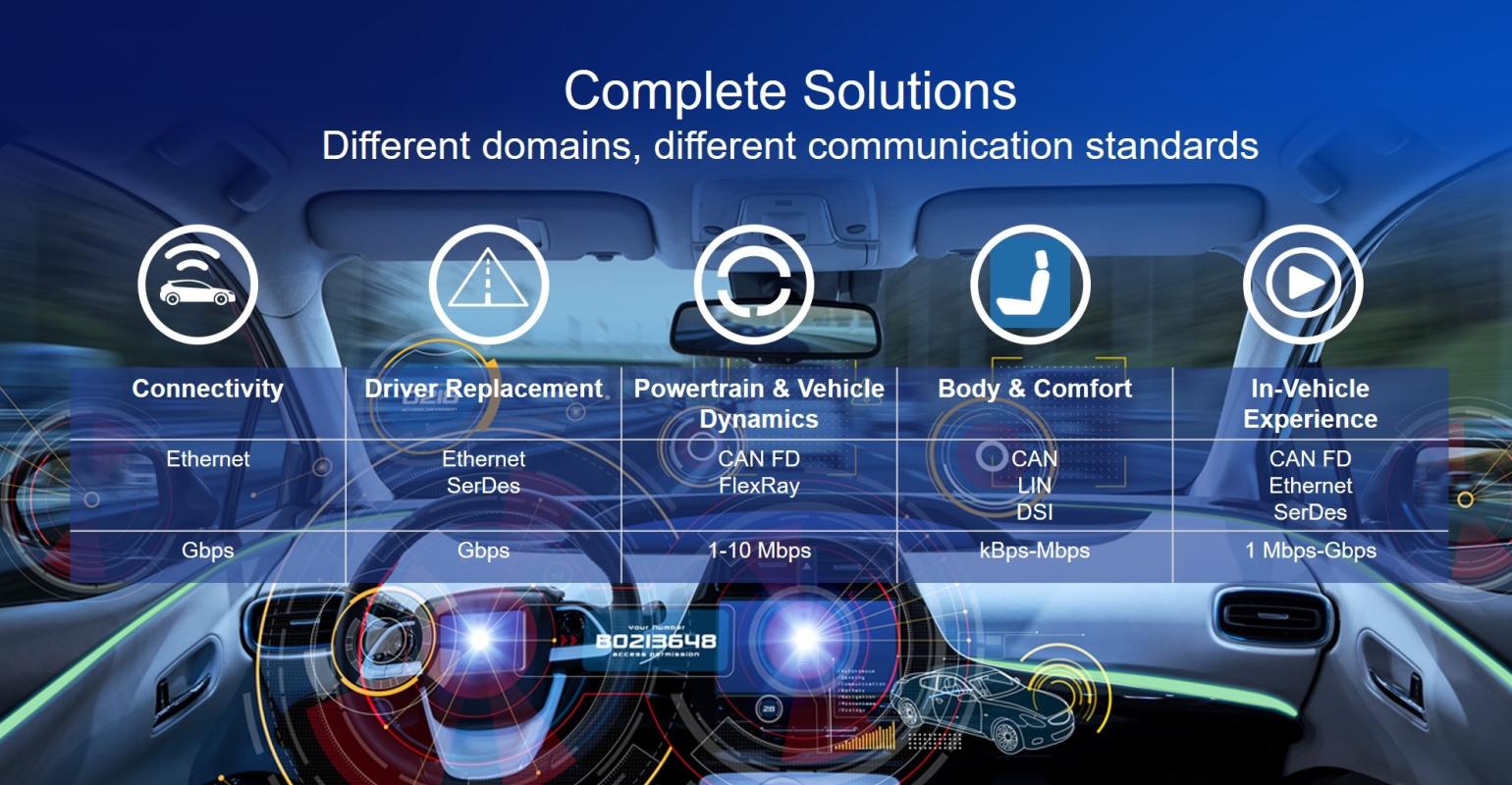 In an effort to lay the groundwork for the expected transition to self-driving cars, NXP Semiconductors N.V. has announced its acquisition of OmniPHY Inc., a maker of automotive Ethernet technology. This move will bring high-speed vehicle networking into NXP’s technology portfolio—mainly as a way of accommodating the influx of new automotive sensors, such as cameras, radar, and Lidar.

Industry analysts said the move makes sense from a technical perspective, given the coming changes inside the vehicle. “Ethernet is going to be an industry trend,” Chris Webber, vice president of automotive for Strategy Analytics, told Design News. “There are increasingly large amounts of data to be moved around, particularly in ADAS (advanced driver assistance systems) and autonomous vehicles.”

Indeed, Ethernet is one of the auto industry’s favored solutions for the coming data crunch. Today’s purpose-built, in-vehicle data networks, such as CAN, LIN, and FlexRay, are widely considered to be insufficient to handle future needs. CAN, which has long been used in powertrain and body applications, tops out in the kilobits-per-second range. Similarly, the LIN bus has long been the technology of choice for window motors and door locks. But it too offers bandwidths measured in kilobits per second.

In contrast, Ethernet offers bandwidths of more than a gigabit per second. “It’s much faster,” noted Alexander E. Tan, vice president and general manager for automotive Ethernet solutions at NXP. “You simply could not use CAN if you want to do the things that future cars are going to be able to do.”

Automakers have known for more than a decade that existing databuses would be insufficient for the coming era of more advanced electronic control. Initially, they saw the number of electronic control units (ECUs) rapidly rising and began looking for other solutions. Soon after that, they saw another compelling reason to look for alternatives when the industry began talking about autonomy.

“They saw this massive sea change coming in terms of electrical requirements,” Tan said. “And they realized that all these systems needed to work together. So they had a choice: Either build something completely new or leverage what’s already out there.”

NXP is betting that Ethernet, which has served in the computer industry since the early 1980s, will be the best solution going forward. Moreover, by acquiring OmniPHY, it brings in a brand of Ethernet technology that has already been specifically targeted at the auto industry. OmniPHY features a lineup of automotive Ethernet IP that includes switches, interfaces, and time-sensitive networking controllers.

“There’s an opportunity here to take advantage of the latest technology to provide a better solution than what was built for enterprise Ethernet 30 years ago,” Tan said.

NXP said it will continue to work with OmniPHY on development of Ethernet for use in automotive environments. Key challenges include robustness, cost, and weight. Of those, weight may be the biggest challenge, given the current industry emphasis on lightweighting of vehicles.

In NXP’s view, Ethernet would ultimately serve as a high-speed network backbone, connecting different domains, such as ADAS, infotainment, and telematics. It would also connect through a gateway to other domains, such as powertrain and body electronics, which would continue to be served by CAN and LIN buses.

The use of automotive-grade Ethernet would be an important step toward wider proliferation of ADAS and autonomy, Tan said. Currently, most automakers developing self-driving cars are employing a “server-in-the-trunk” approach to do the computing. That approach, however, is not considered viable, in terms of cost or size, for production vehicles. “Automotive Ethernet is a critical component if you want to take self-driving beyond the server-in-the-trunk approach,” Tan said.

To be sure, there is no industry-wide agreement on the use of Ethernet. Other high-speed networking technologies, such as MOST (Media-Oriented Systems Transport), HDBaseT, and CAN FD, offer alternatives.

NXP believes, however, that the industry will need the bandwidth and flexibility that Ethernet is said to provide—especially over the next five years. “NXP acquired OmniPHY to have the technical capability to lead development of next-generation systems,” Tan said. “More capable ADAS and more affordable self-driving systems—that’s what this is all about.”