Major Tech Companies and Industries Falling to the Coronavirus 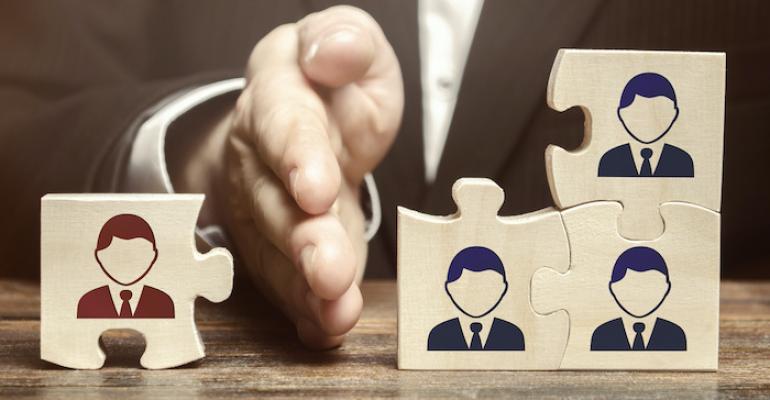 Tech companies, industries, and startups are downsizing from COVID-19 -- and don’t forget about the multiplier effect.

According to the U.S. Department of Labor, the total number of engineers in the U.S in the 1st quarter of 2019 was roughly 1.68 million. We already have a good idea of the type of engineering jobs and sectors that might be in peril from the coronavirus crisis. Now let’s consider specific companies, industry sectors and a sampling of startups.

Before we begin, it must be noted that these numbers don’t include the so-called layoff ripple or multiplier effect in which layoffs from one industry cause a multiple of layoffs in supporting industries.

Different sectors of the economy have a different multiplier effect based on the market space and how these jobs depend upon other industries. Economist Josh Bivens of the Economic Policy Institute (EPI) has used data from the Bureau of Labor Statistics (BLS) and the Bureau of Economic Analysis to determine how job losses multiply through the economy (see image). In his report, Bivens estimated “two broad categories of indirect job impacts that are spurred by direct employment changes in a given industry: supplier jobs and induced (or respending) jobs (including public-sector jobs).” Induced jobs are those that are supported by the demand that relies on the wage and salary income of both direct jobs and supplier jobs.

Consider one high-level example: According to the founder of the European carrier easyJet, his company has enough money to keep the doors open through August 2020 at best. Therefore, he wants to cancel a 4.5 billion-pound ($5.5 billion U.S.) contract with airplane maker Airbus for 107 previously ordered aircraft. If that cancellation is approved, it will negatively affect 276 supplier and induced jobs (see “transportation” category in image).

Or consider this example from the European Automobile Manufacturers Association (ACEA), which covers Europe's car, van, truck and bus manufacturers. The association recently stated that the jobs of over 1M+ European’s working in automotive manufacturing are affected by factory shutdowns the current coronavirus crisis. This amount is out of a total of 2.6 million direct manufacturing jobs in the EU auto sector. Further, this figure only refers to those people directly employed by car, truck, van and bus manufacturers. The impact on the wider automotive supply chain (supplier and induced jobs) is huge but difficult to calculate.

It’s the layoff ripple effect that has so many states worried, e.g., Boeing in Washington State, USA, and automotive companies throughout the mid-west states. Now’s let’s look at specific companies, industries and startups that have recently made the news.

Boeing: The company is among the largest global aerospace manufacturers in the world and America’s biggest exporter. It has offered early retirement and voluntary layoff packages to its workforce of over 160,000 employees in an attempt to reduce labor costs as it struggles with the coronavirus pandemic. Boeing executives are rumored to increasingly believe potential involuntary layoffs and production cuts may be unavoidable, depending on how the crisis unfolds.

Airbus: The company is a European multinational aerospace corporation and the world's largest airliner manufacturer. While not a U.S. company, Airbus is a big buyer from several major U.S. companies like GE (see below). Further, Airbus’s Americas Engineering group located in Wichita, KS, is the company’s largest engineering office outside of Europe. On top of announcements to cut more than 2,300 jobs, Airbus has recently announced that it will cut aircraft production by a third. Such a move is ex­­pected to trigger job losses across the global aerospace supply chain and via the economic ripple or multiplier effect.

General Electric (GE): The company is the world’s biggest engine maker and a supplier to both Boeing and Airbus. Back on March 23, 2020, the company announced that it will be reducing approximately 10% of its aviation unit's workforce, amounting to about 2,500 employees. It also announced a three-month furlough effecting 50% of its maintenance and repair employees.

United Technologies Corporation (UTC): The company produces Pratt & Whitney engines and Collins Aerospace cockpit controls and communications systems. It has suspended all non-essential spending such as R&D funding and outlay on buildings and facilities. UTC has also introduced a hiring freeze and deferred employee bonuses.

OneWeb: The satellite operator backed by SoftBank Group Corp., had planned to bring Internet connectivity to the world. OneWeb filed for Chapter 11 bankruptcy protection just about a week after launching its latest round of satellites. While the company blamed COVID-19 for its economic situation, it had previously mulled a bankruptcy filing to deal with a cash crunch and strong competition. OneWeb Satellites, a joint venture between OneWeb and Airbus, had opened a production facility in Florida in 2019 to offer high-volume, high-speed fabrication of satellites.

ASML: The Dutch company is currently the largest supplier in the world of photolithography systems for the semiconductor industry. ASML has cut its guidance for first-quarter 2020 sales stating that first quarter revenue will be significantly lower than expected due to COVID-19. The company said revenues were expected to be between 2.4 billion and 2.5 billion euros ($2.77 billion) in the first quarter. It had previously forecast revenues of 3.1 billion to 3.3 billion euros. ASML said that demand for its products remain strong but it had experienced delays and shipping difficulties to customers in Wuhan, China “as well as other customers due to shipment and travel restrictions” regarding the coronavirus outbreak.

Xilinx: A U.S. technology company that is a primarily a supplier of programmable logic devices like FPGAs laid-off several hundred people at the start of 2020. Most of these layoffs were more likey from a generally bad market for the semiconductor industry in 2019. The semi market has yet to improve.

Manufacturing: Within manufacturing, the largest number of jobs for engineers are related to the production of computer and electronic products, transportation equipment, and machinery. According to a recent report from, The Institute for Supply Management (ISM), the U.S. manufacturing index fell to 49.1 in March after registering 50.1 in February. Any reading below 50 signals a contraction.

Information Technology (IT): Spending is expected to decline by 2.7% for all of 2020 thanks to COVID-19, reported IDC. In line with previous economic recessions, IT spending on hardware, software, and services is likely to decline as commercial IT buyers and consumers implement rapid cuts to capital spending in line with declining revenues, profits, market valuations, and employee headcounts.

Semiconductors: The last two months of COVID-19 infections have not been kind to the semiconductor industry. Unit shipments are down by more than 20% while prices are up by more than 20%, according to VLSI’s Coronavirus Semiconductor Market Watch. The research firm also reported that data traffic for voice over IP and video conferencing is up 212%, while VPN traffic is up 40%, with a 38% increase in streaming and web video consumption.

Giant global corporations with lots of cash are still hiring, including Amazon, Google, Apple, Microsoft and Netflix. Hiring for almost all such jobs are not done remotely as these companies have banned all on-site job interviews. Still, while a handful of the largest software companies in Silicon Valley are still hiring, ,other major employers are actively contemplating layoffs of about 18% of their employees, according to a recent survey by the Silicon Valley Leaderships Group.

On a slightly positive note, Ford, GM and Tesla have resuscitate shuttered auto plants to make COVID-19 respirators. Apparently, the forecasts for reopening automotive plants to manufacture vehicles in mid-April were a bit too optimistic.

Airlines: A recently leaked memo from Delta revealed plans to cut worker hours and pay. Apparently, United and other airlines are doing the same. These cuts come despite protections in the coronavirus stimulus package provided by the U.S. government, which stated that airlines accepting aid cannot reduce workforces before September 30, 2020. Further, at least one airline has said that staff reductions will likely be necessary after September 30, depending on the spread of COVID-19 and the state of the economy. Delta's CEO has been quoted as saying his airline is burning more than $60 million per day, and United's president puts it at $100 million a day.

Startups: One of the most economically risky businesses is the startup. It is perceived wisdom that about 20% of small businesses fail in their first year and 70% of small business owners fail in their 10th year in business. But the COVID-19 pandemic is greatly accelerating this rate especially in places like Silicon Valley. According to The New York Times, over the last few weeks more than 50 start-ups have cut or furloughed roughly 6,000 employees. Many plans for initial public offerings (IPOs) are on hold while funding for many startup tech companies is drying up.

It would take too long list all of failing startups. Instead, consider just a few examples. Airbnb, the home rental start-up valued at $31 billion, has stopped hiring. Bird, an electric scooter start-up, laid off 30 percent of its staff last week.

In a much more gloomy forecast, Tom Siebel, founder of the former Siebel Systems and C3.ai, predicts that as many as 80% of tech companies will likely fail as a result of the COVID-19 pandemic and the economic fallout. Siebel explained that cash-strapped high-tech companies will be the hardest hit due to dwindling sources of capital. During an interview on CNBC, he added that from five to eight out of software companies that have survived for the last seven years “will likely be out of business” in one to two years.