Who Won the 2021 North American Car, Truck, Utility Vehicle of the Year Awards? 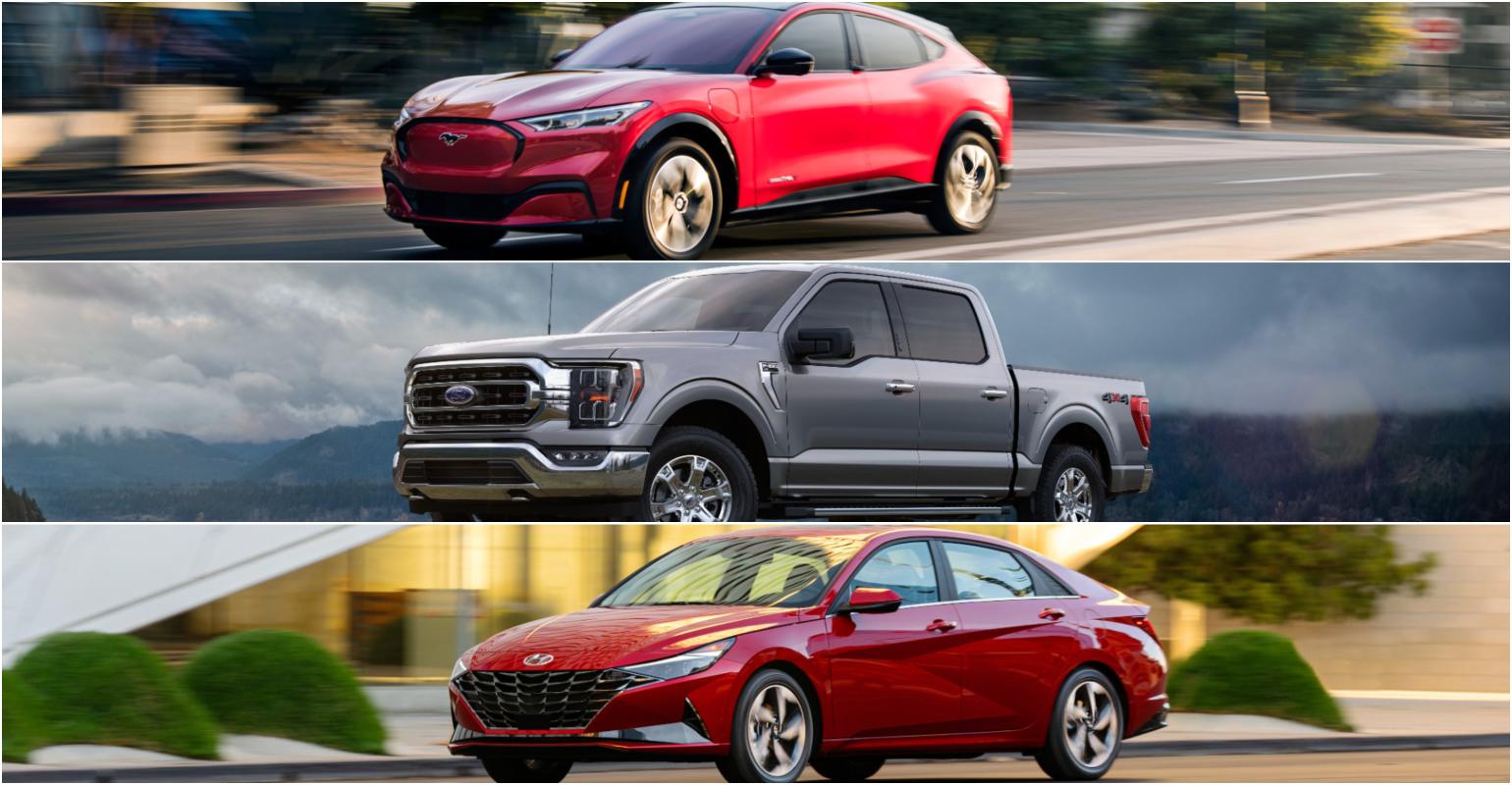 The 2021 North American Car, Truck, Utility Vehicle of the Year award winners prevailed over an exceptionally strong field of contenders.

The 2021 North American Car, Truck, and Utility Vehicle of the Year awards have gone to the Hyundai Elantra, the Ford F-150, and the Ford Mustang Mach-E electric vehicle.

The winners in the car, truck, and utility categories each prevailed in fields of three semifinalists. The other cars were the Genesis G80 and Nissan Sentra, the other trucks were the Jeep Gladiator Mohave and Ram 1500 TRX, and the other SUVs were the Genesis GV80 and Land Rover Defender.

Winners are chosen on their merits versus their market competitors, not against other candidates, which may compete in other segments, which is how a Mustang Mach-E electric crossover can be categorized against a burly Land Rover Defender off-road specialist. [Full disclosure: I am a North American Car, Truck, and Utility Vehicle of the Year juror.]

The criteria are segment leadership, innovation, design, safety, handling, driver satisfaction, and value for the dollar.  The jury’s 2021 evaluation process initially identified 43 eligible vehicles that it winnowed to 27 semifinalists and then nine finalists through two rounds of voting.

“The automotive industry launched an unusually strong field of impressive new vehicles, including many with significant technological advances, which made our job as jurors even harder than usual this year,” said NACTOY President Gary Witzenburg. “We applaud these 2021 winners and congratulate the industry for continuing to serve its customers with highly desirable new products year after year.”

The race for the car of the year was a close one, with Elantra edging out the G80, 176 points to 173. The Nissan Sentra was hot on its heels with 151 points, highlighting the quality of all three finalists.

The Mustang Mach-E also ran away with the utility award, its 265 points nearly doubling the score of runner-up GV80, which garnered 136 points. The Defender scored 99 points.

John Davis, host of Maryland Public Television’s long-running Motorweek television show credits Hyundai for rolling out a full line of Elantra models for this year’s redesign. “It is refreshing to see an automaker so committed to the sedan segment that at launch they offer such a wide variety of models as is in the Hyundai Elantra family,” he said. “Hyundai did not do the drip-drip of the model variants over a longer term as is typical for the class.”

The F-150’s new hybrid model sealed the deal for Canadian juror Denis Duquet, “Not only has this best-seller been refreshed esthetically and updated mechanically, but the Ford F-150 also offers a hybrid version, which is a quantum leap for the category,” he said.

And the electrified Mustang was an unsurprising favorite. “The Mustang Mach-E leapfrogs European EVs as the Tesla Model Y’s most formidable challenger yet,” noted Henry Payne, of The Detroit News. “Like Tesla, Mach-E understands that the premium EV market is as much about interior tech as it is about torque.”

These awards, which began in 1994, are the longest-running new-vehicle awards not associated with a single publication, website, radio, or television station. They are judged by 50 professional automotive journalists from the United States and Canada who work for and contribute to a wide variety of magazines, newspapers, websites, television, and radio stations.