Engineering from Home, According to the Ford Mustang Mach-E Team 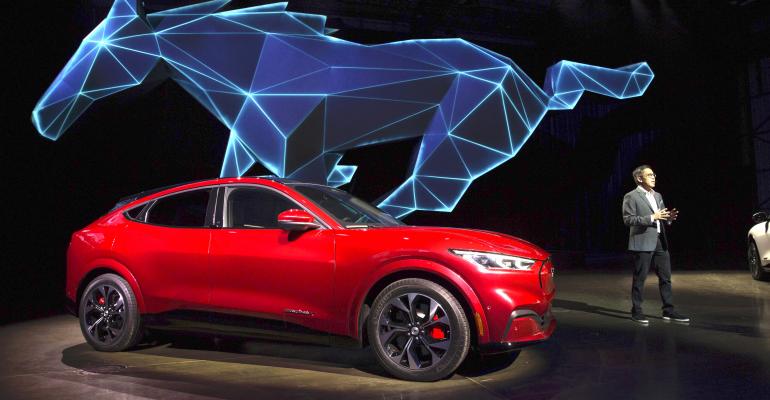 Ford engineers are keeping the critical Mustang Mach-E on schedule by working from home. 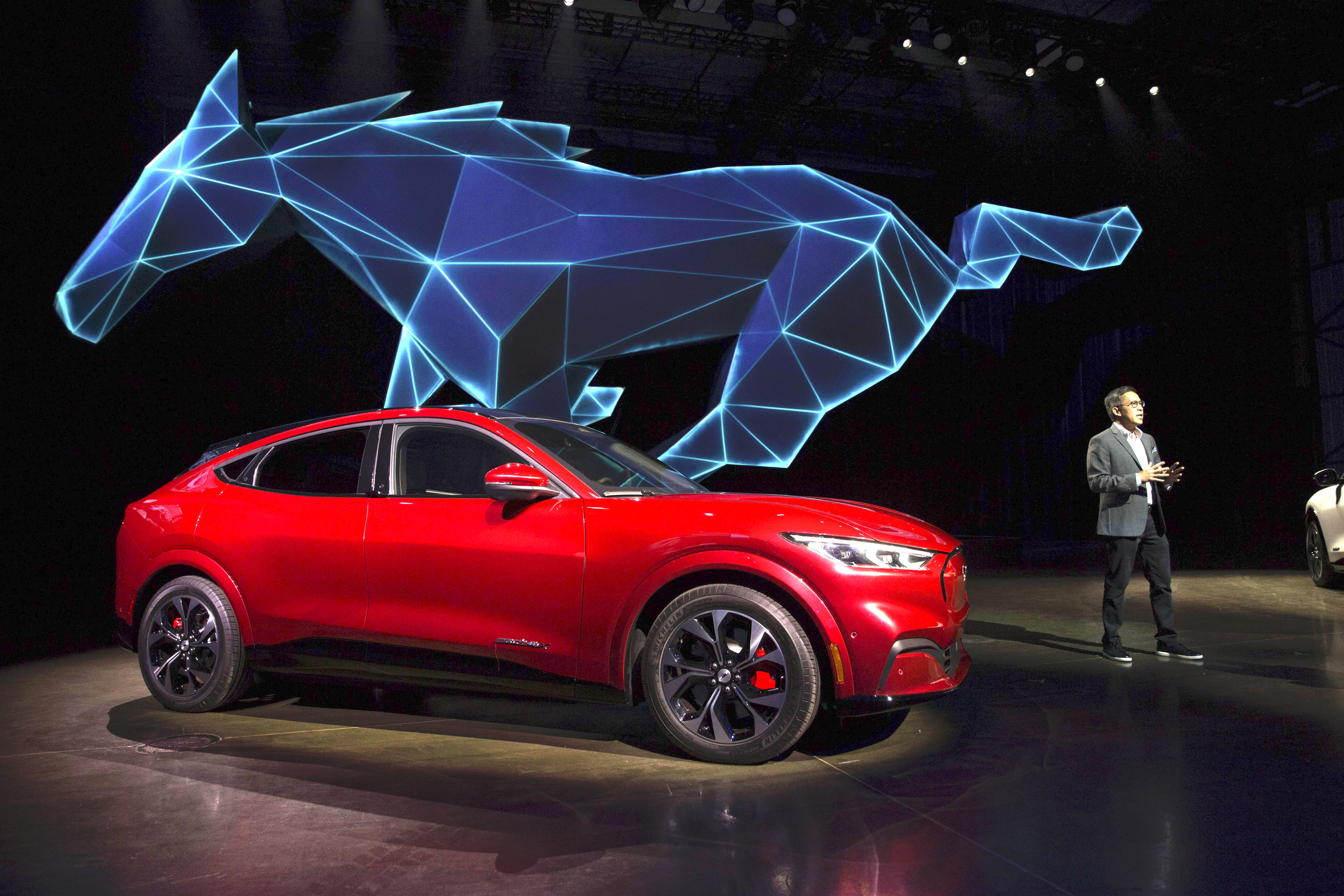 Ford’s crucial Mustang Mach-E EV program is sprinting to the finish line as it undergoes final calibration and testing just as the engineering team tasked with that work are locked down at home.

Fortunately for Ford, and for would-be Mach-E drivers, the engineers are still on the job and getting the work done. Indeed, they are finding the lesson learned by many home workers over the years: Working from home doesn’t mean you’re never at work; it means you’re always at work.

After discovering that working straight through from early-morning phone calls with Europe to late-evening calls with Asia can lead to burn out, Mustang Mach-E Vehicle Engineering Manager Rob Iorio says he is learning the importance of pacing and getting breaks. “It is continuing to evolve,” he observed. “We are finding the right pace now. Early on was a little hectic.”

While we might not miss slogging through traffic to and from the office, driving does provide a mental break from the work at hand, and engineers working from their home offices need to recognize that, Iorio advises.

Working outside the office is a little more familiar for Aleyna Kapur, Mustang Mach-E calibrator. Hot-weather and cold-weather testing for instance, require calibrators to travel to where the whether is suitable. “In powertrain calibration we do a lot of testing outside the office, so we’re pretty readily equipped to handle working from different places,” she said.

Zoom video conferencing is much in the news, but Ford uses Cisco WebX and Microsoft Yammer for its chat, potentially saving them from the distractions and annoyance of “Zoom-bombing” pests crashing meetings uninvited. Additionally, team members can pass around videos and large images using various file-sharing sites, he said. 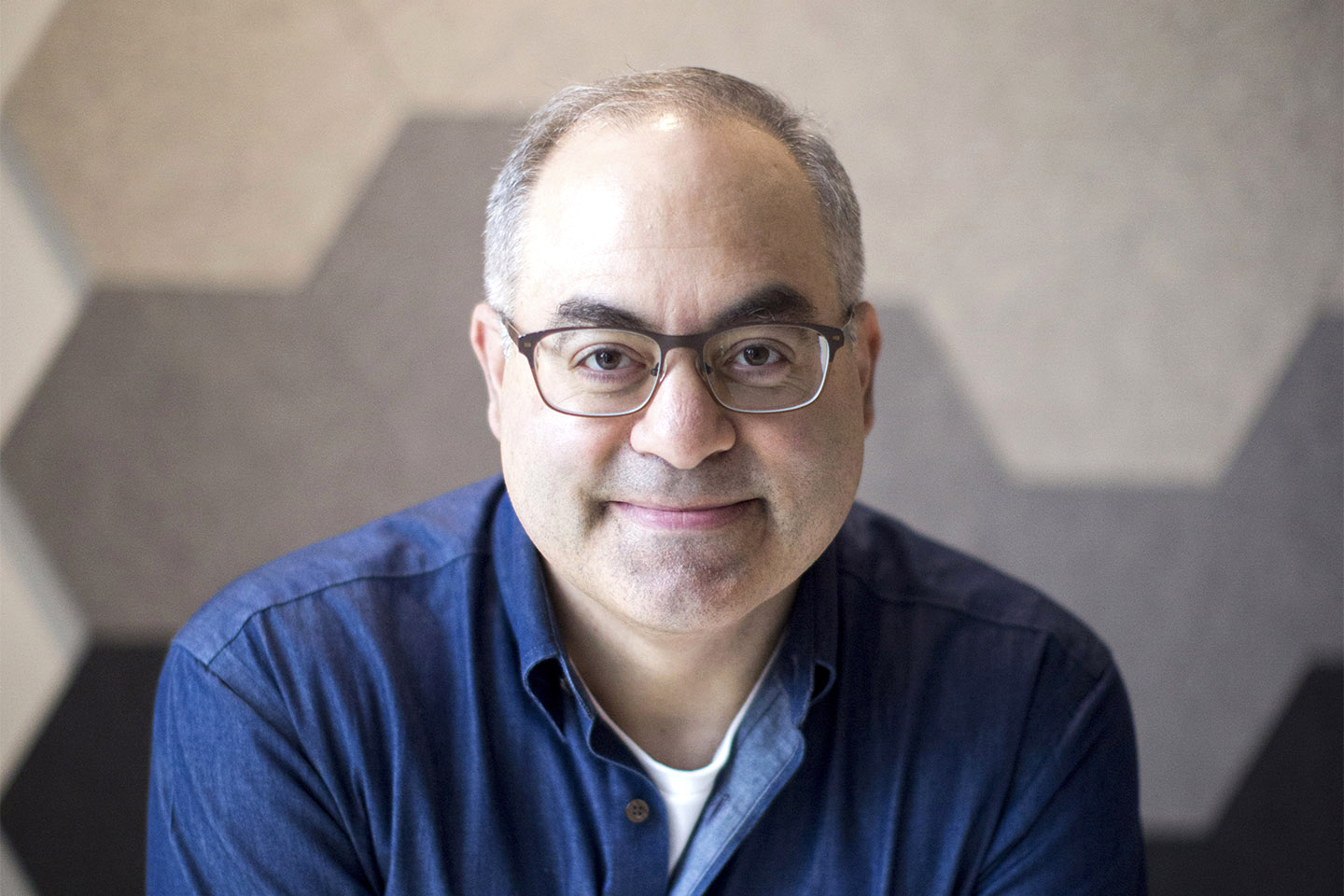 Iorio is working on the car’s infotainment interface and instrument cluster display, which means that he can easily do testing while parked in his driveway or just driving around his neighborhood, he said.

“A lot of what we are working on is fine-tuning [human-machine interface] items with Sync 4A and the 15.5-inch screen. We can execute a lot of those features, and we can do that safely in the driveway or in our neighborhood. It is the same with the cluster screen; there is last-minute tuning we can work on.”

This work would normally be done in collaboration with his four-person team all squeezed into one car at the same time. Now, each of them has a car at home and they compare notes online. The key to success while doing this socially distant version of collaboration is to maintain consistent processes, he said.

“We follow certain practices how we test and do communication. As long as we follow those disciplines and communicate clearly and trust each other, it is fine,” Iorio said.

Kapur’s calibration team members each have a car at home too, but because they need to each try different cars to avoid focusing only on the characteristics of just one particular vehicle, they periodically rotate vehicles after a thorough cleaning. “It is nice getting into three or four vehicles so we’re not biasing all our data on one vehicle.”

For his home office, Iorio is using his laptop, though Ford lets employees sign out monitors and other equipment if they need it. “My usual set up is I have two big screens, but I’m still working on my laptop.” 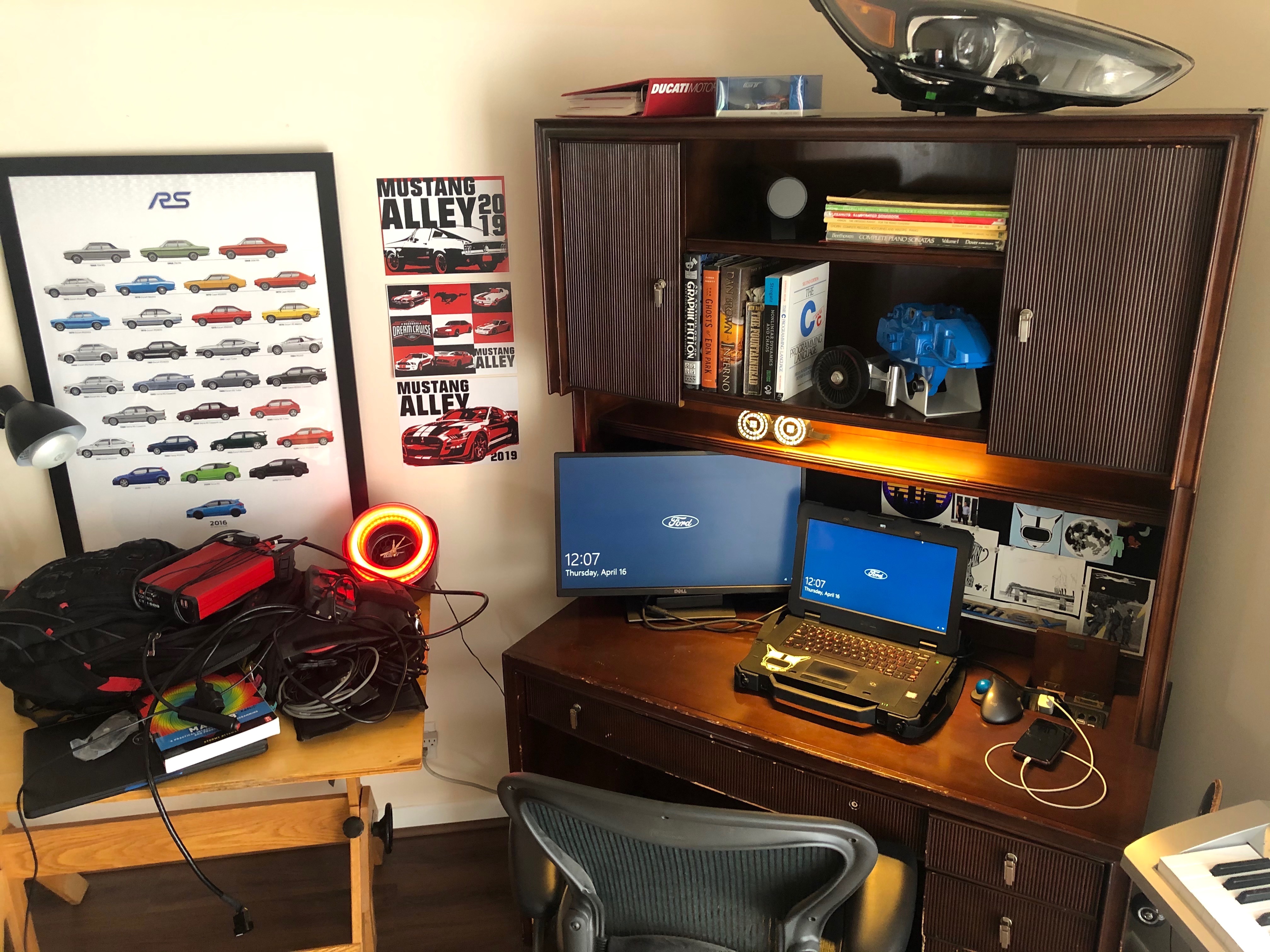 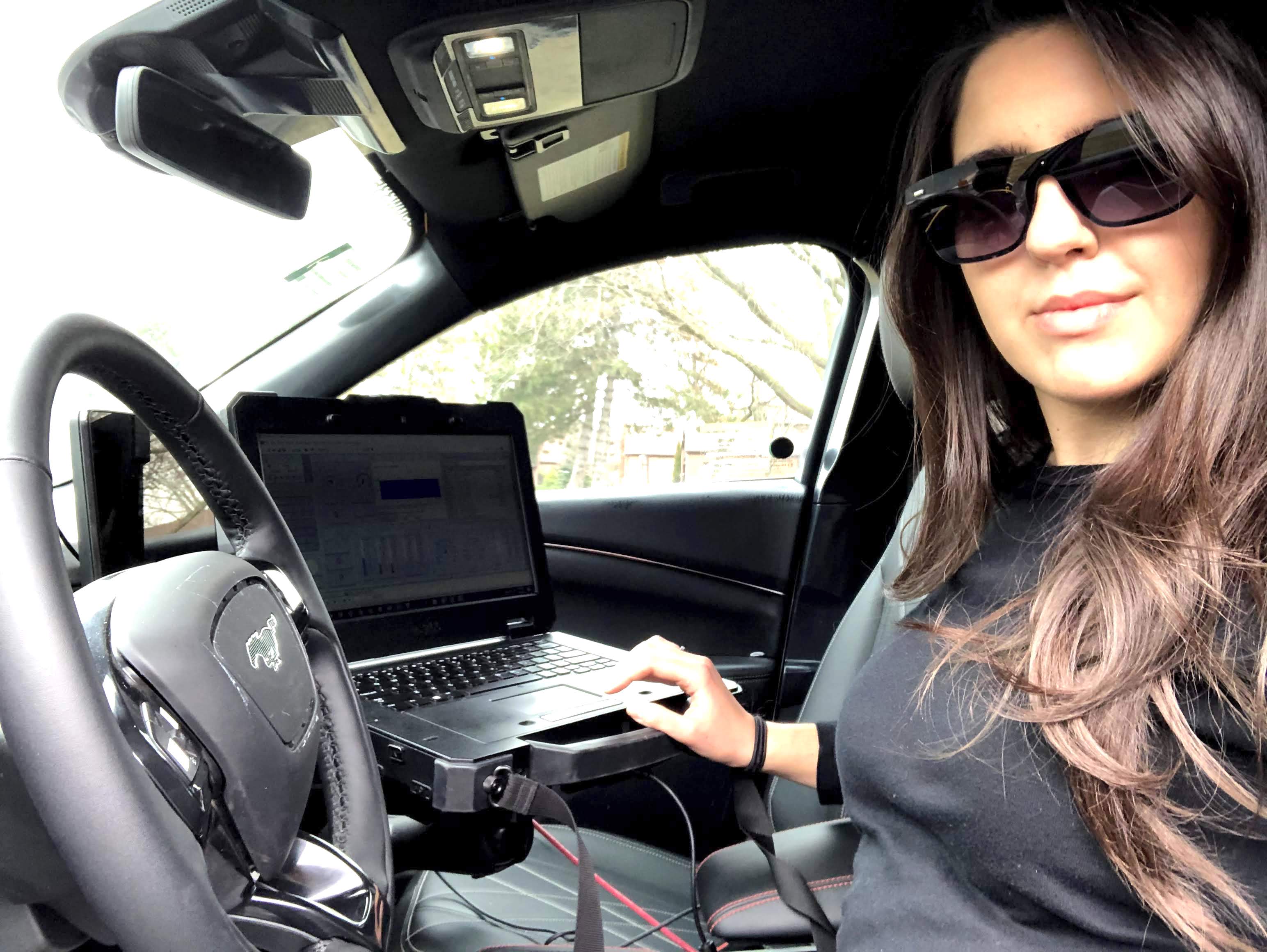 Kapur has a display connected to her laptop at home for a bigger workspace. But not only that, she’s still using her more powerful work computer to crunch numbers for simulations, connecting to it through Ford’s remote desktop connection tool. “Essentially it is like a second computer,” she said. “I can set up a simulation in the background and that will happen in my computer back at my desk in our office.”

Additionally, there are specialized tools. “We’ve been able to take our data collection tools home with us,” Kapur explained. “We do a lot with communication directly with powertrain modules using different CAN tools and diagnostic tools.”

It is not just the tech hardware at home that matters. Give some consideration to the desk layout and setup, because what works for casual home computer use might not be good for all-day work hours. “I missed my stand-up workstation,” said Iorio. “I was in terrible pain with my neck and back.” Iorio’s solution was to fabricate himself a homemade stand-up desk. 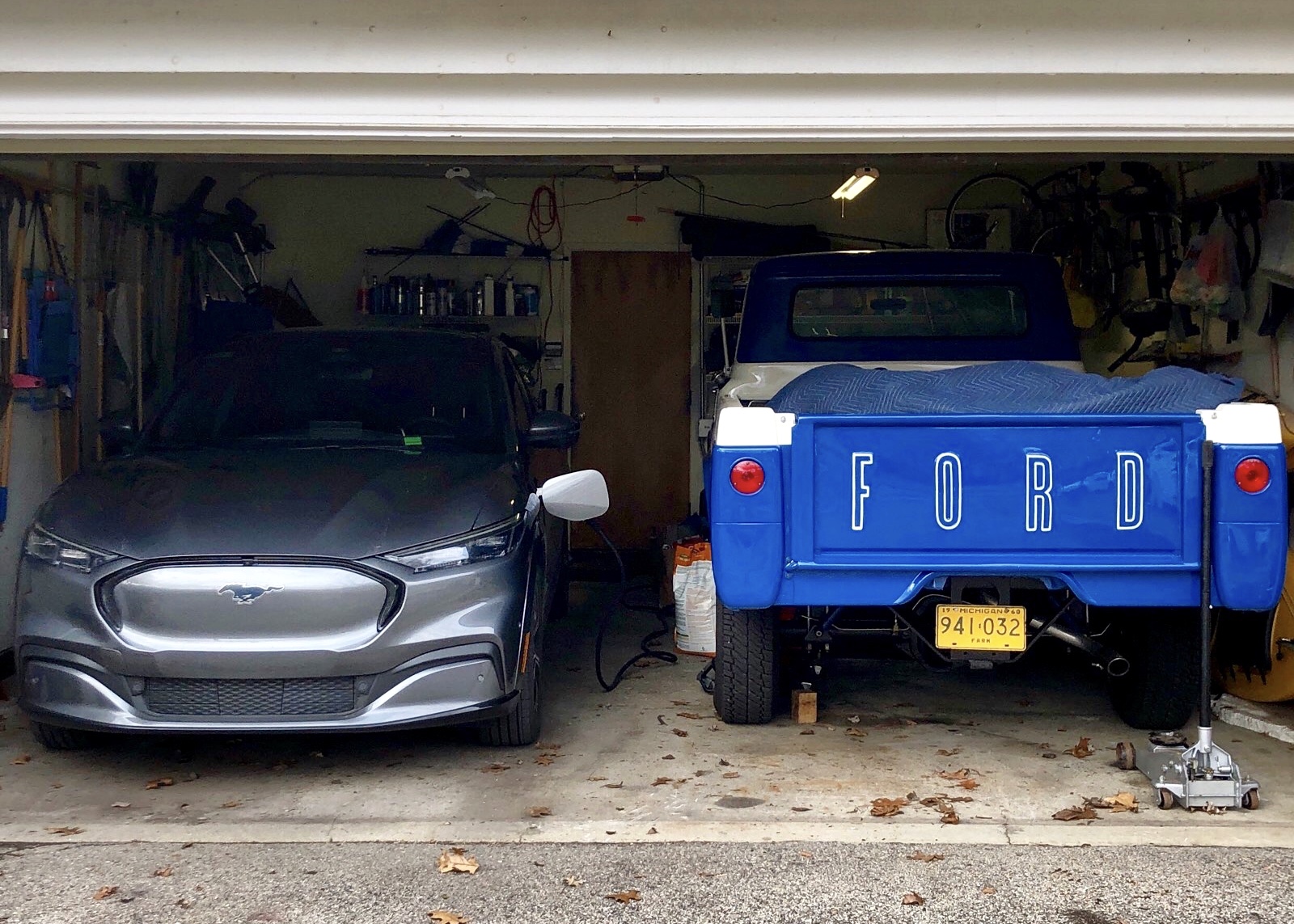 Kapur’s challenge is outside, where the test car sits in her driveway. While Iorio’s Mach-E prototype can share his garage with his classic 1960 F-250 pickup truck project, Kapoor doesn’t have a garage so she has no place for a 240-volt Level II charger for the all-electric vehicle. “A lot of us have the ability to charge at home, she observed. “Usually I’ll go on campus for the more aggressive charging.”

Finally, there’s the emotional aspect of working alone. “One thing I miss is the interaction,” Iorio said. “We don’t have sports to talk about. Some of us try to schedule [interaction] in. We do a happy hour Friday afternoon. Otherwise, we’ll just burn out.” Maybe Iorio can turn some wrenches on his antique pickup as an escape too.