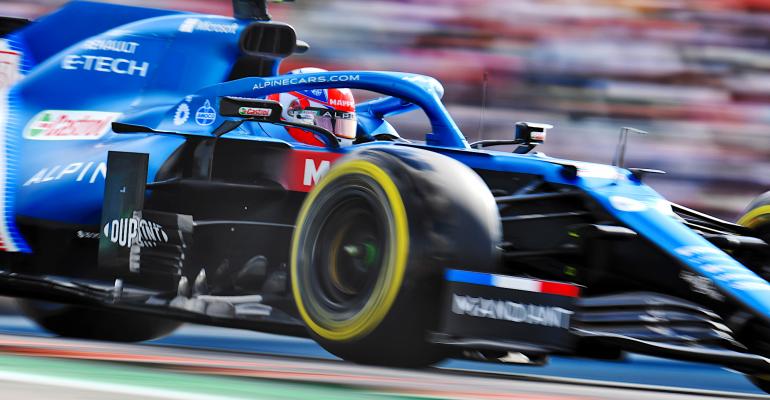 The 3D-printed titanium pitot tube can be seen jutting up from the front of the Alpine F1 Team's car just ahead of the cockpit.
VGSTUDIO MAX analysis software lets the F1 team do a day’s analysis work in just 20 minutes.

For Formula 1 race teams, speed is as important off the track as on it. That’s because speedy engineering produces more upgrades that make the car faster, providing drivers with the elusive “unfair advantage” described by the late driver/engineer Mark Donahue in his 1974 book by the same name.

The team’s nondestructive test lab at its Enstone, England headquarters has seen benefits in the ability to analyst CT scans of parts to test their integrity without damage to the part. Alpine’s head of nondestructive testing, Adrian Talbot, points to this ability as a crucial speed advantage for the team. “To know that that part is correct, is uniform, and it's fit for purpose is key to us,” he explained.

“To do it in the time frame that Volume Graphics allows us to process is hugely beneficial to our team. With CT and utilizing the Volume Graphics software on a standard assembly, it would take 20 minutes,” Talbot continued. “With the current method, like ultrasound, the whole item could take a day. So, within our non-destructive testing facility, we've never had that ability to be able to inspect so many different materials with one method."

This testing is critical for the team’s ability to troubleshoot failures and to understand parts’ limits. “It also gives us a greater understanding of perhaps why something has failed,” he said. 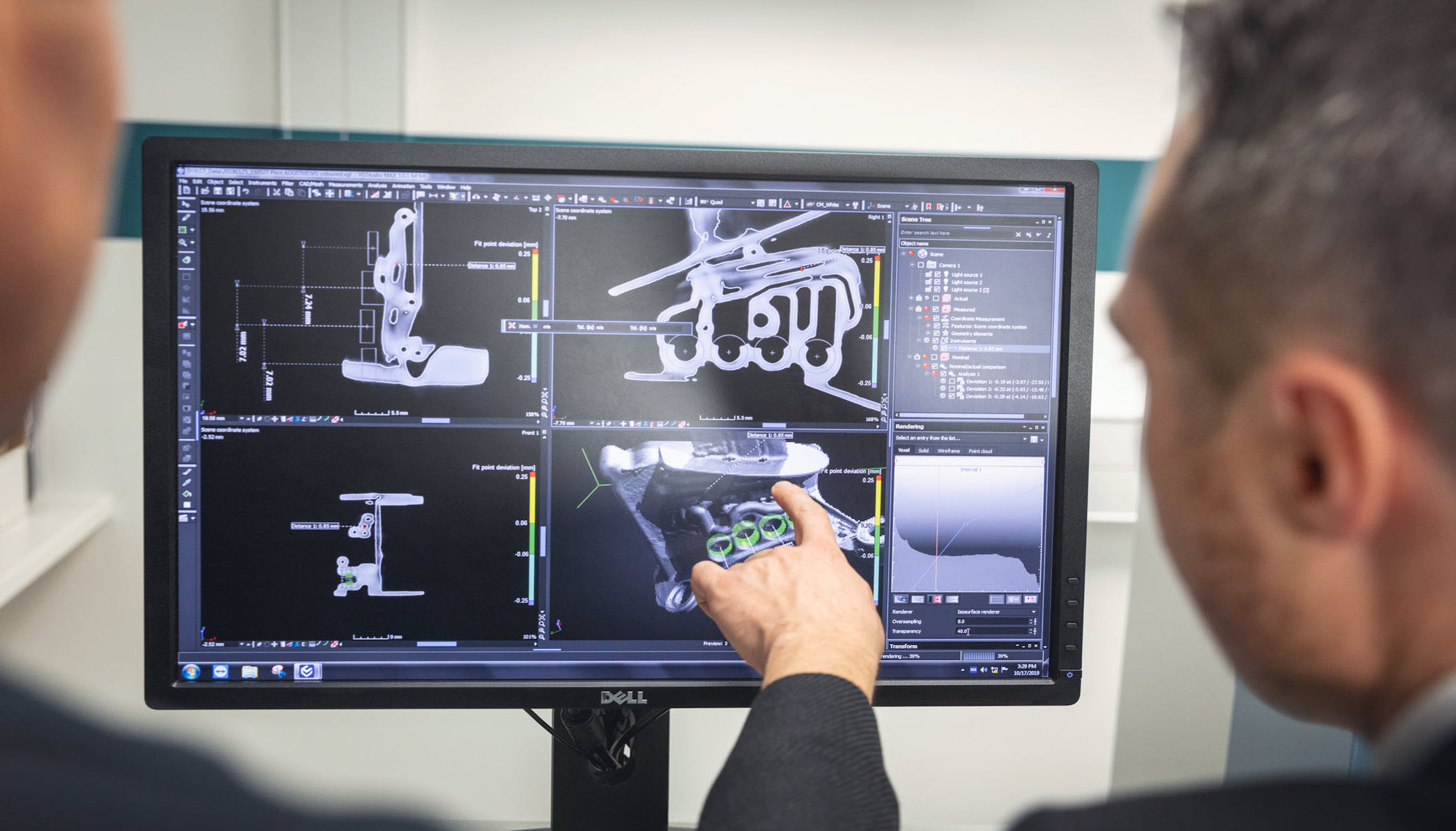 Members of the Alpine F1 Team's nondestructive analysis group can study the insides of parts using VGSTUDIO MAX without resorting to cutting them apart for examination.

This speed not only helps the parts, it helps the Alpine F1 Team’s organization, Talbot asserted. “It is clearly going to help us develop our own processes internally and create a more free-flowing, fast-flowing process environment within the nondestructive testing department.”

Engineers can push the limits of what’s possible using VGSTUDIO MAX because the software gives them a clearer idea of what their margins of safety are when doing so. “The use of Volume Graphics within our department is creating a level of confidence that we perhaps haven’t seen before,” said Talbot. It gives you dimensional accuracy. It gives you a greater understanding of the overall part. And with that comes confidence.”

Formula 1 teams are typically reluctant to speak candidly about their cars’ parts, for fear of providing a competitive benefit to rival teams. But Alpine is willing to talk about its use of VGSTUDIO MAX to study a couple less sensitive parts, the 3D-printed titanium pitot tube that measures airspeed and the carbon fiber brake pedal. 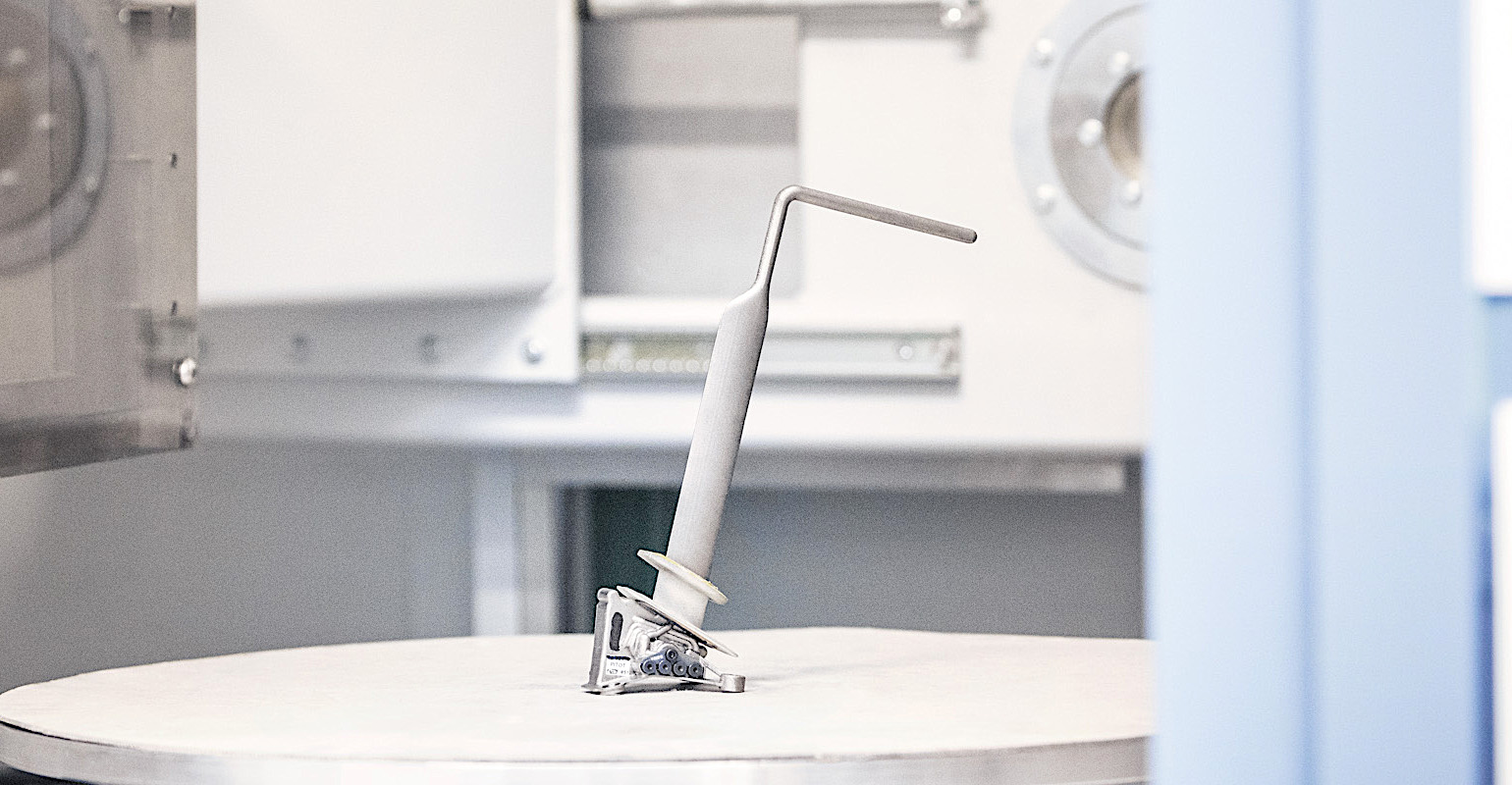 Additive manufacturing permits the creation of parts with complex internal structures, but the Alpine F1 Team needs to be sure that the pitot tube’s internal passages were made as designed. “Inside there, there are very, very small holes that assess the air pressure of the car traveling down the main straight of a racetrack,” Talbot explained. “It is very important for us to know before this is applied, or attached to the car, that every channel inside this pitot tube is not blocked, it has good surface finish, and that the general integrity of those tubes are complete.”

And the criticality of the brake pedal is self-evident. The team wants to minimize its weight, but obviously, the pedal must absolutely never fail. “We take great strides into making sure the composite brake pedal is tested rigorously,” he said. “Because we can separate the part digitally, we can essentially cut the part in half without physically having to cut the part in half. That creates an enormous amount of feedback to our relevant departments.”

The benefits of the speed and confidence of engineering analysis made possible by VGSTUDIO MAX software are magnified in an environment like Formula 1, but they apply across industries, according to Christof Reinhart, CEO of Volume Graphics. "Racing is the essence of what Volume Graphics stands for: speed, precision, and engineering excellence. Our software is used daily by numerous customers around the world to inspect the most advanced and complex components. But a high-performance sport like this takes us to totally new, previously unknown limits. Overcoming these limits not only helps Alpine F1 Team but all of our other customers."