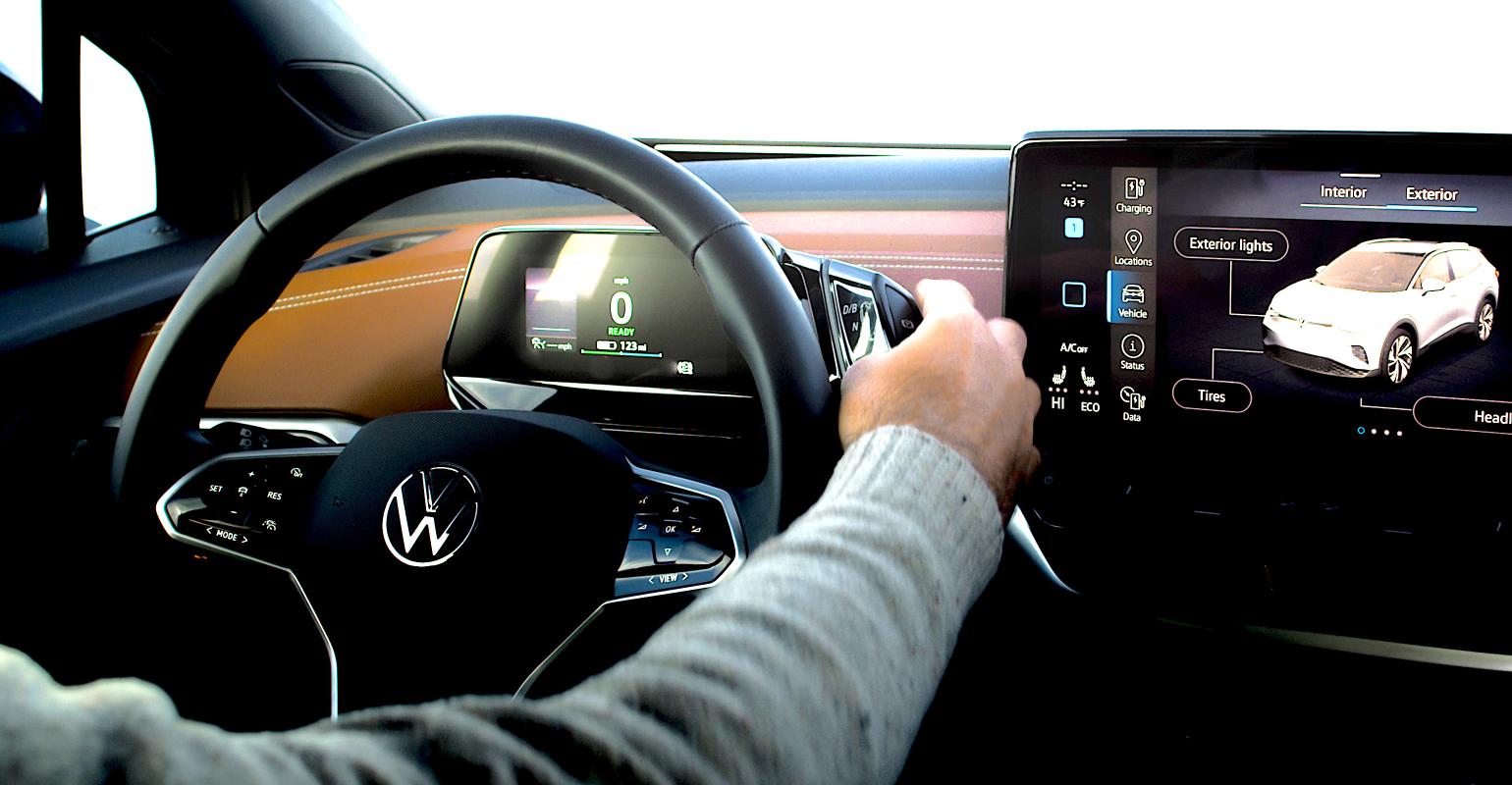 Volkswagen’s ID.4 electric SUV seeks to rewrite the book on the driver’s interface.

With no traditional powertrain components to accommodate or control, modern EVs present the opportunity for a clean-sheet approach to driver controls and the automotive human-machine interface.

This presents both opportunities and hazards, as carmakers seek to develop improved alternative systems without disregarding a more than a century of experience and refinement of systems that are known to work and that are familiar to drivers.

“We did a rethink of the interior,” explained Volkswagen of America’s vice president of e-mobility, Matthew Renna. “Our design colleagues threw away everything we knew about interiors.”

Throwing away everything is an invitation to throw out the metaphorical baby with the bathwater, and I believe VW has done exactly that in some aspects of its re-thought driver HMI. But the ID.4’s EV equivalent of a shifter could be the best example of alternative design, as it preserves the useability of traditional combustion cars’ transmission shifters without occupying a lot of space.

The ID.4 gear selector is a twist knob protruding from the right side of the instrument cluster atop the steering column. Twist the knob so the top rotates forward, and the car engages Drive. Twist it the other way, pulling the top of the knob backward toward the driver, and it engages Reverse.

There is a button for Park, but because it is located in the end of the twist knob, the driver can easily find it by feel without having to look for the button, keeping their eyes on their surroundings rather than searching the dashboard area for the Park button. 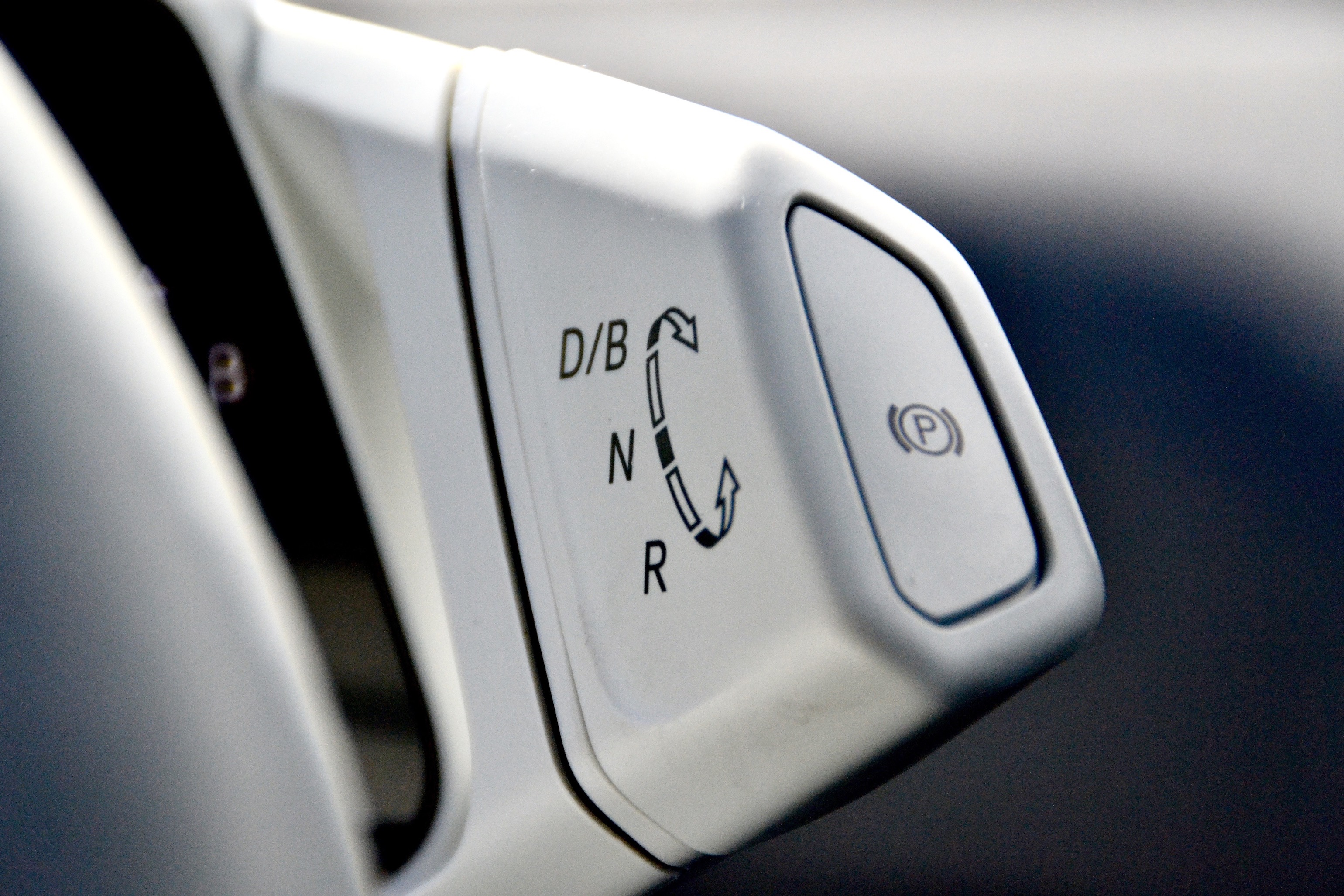 The ID.4’s designers wisely recovered the space between the seats where a combustion car’s drivetrain would normally run and where the shifter, hand brake, console, and other components reside. “In the ID.4 the center tunnel is gone,” noted Renna.

EV designers have experimented with various solutions for engaging forward and reverse drive and for anchoring the car in place when parked, but in their rush to escape a familiar paradigm, they have usually produced systems that are demonstrably inferior.

The same applies to the alternative shifters employed by contemporary combustion vehicles that use electronic shift-by-wire mechanisms to select the transmission’s function. Tesla appears poised to launch a masterclass in What Not to Do, with the upcoming introduction of on-screen shifting that was previewed by a video posted to Twitter by a Tesla club.

Others use buttons that divert the driver’s view from the road to the dashboard in search of the button needed. Some have nubby spring-loaded joysticks that the driver presses and hopes to get the intended result. Mercedes-Benz and BMW have stalks mounted on the steering column that compete with existing control stalks, inviting drivers to change the shifter position when attempting to activate the windshield wipers.

So VW’s ID.4 solution, which is both intuitive to use and in the driver’s line of sight while looking forward through the windshield, is a commendable achievement. The company had identified the BMW i3’s controller, which uses a similar paradigm and location, as a fundamentally sound solution, though they didn’t care for BMW’s execution of the idea.

“We found doing some studies in 2017 across the world that a concept was already available in the market in the BMW i3,” noted Adrian Koch, product leader for VW’s MEB platform that underpins its ID.3 and ID.4 EV models. But while the BMW provided some inspiration, VW didn’t love the design.

“We definitely weren’t happy with the execution or with the placement,” recalled Koch. So VW started tinkering with its own solution and tested it with drivers to get their impressions. “It got good results in the clinics, particularly in the U.S.,” he said.

Once the company concluded that they were on the right path, then they needed to refine the idea into the final product that we see in today’s ID.4. “At that point, it is a matter of iteration; trying different depths and positions,” explained Renna. 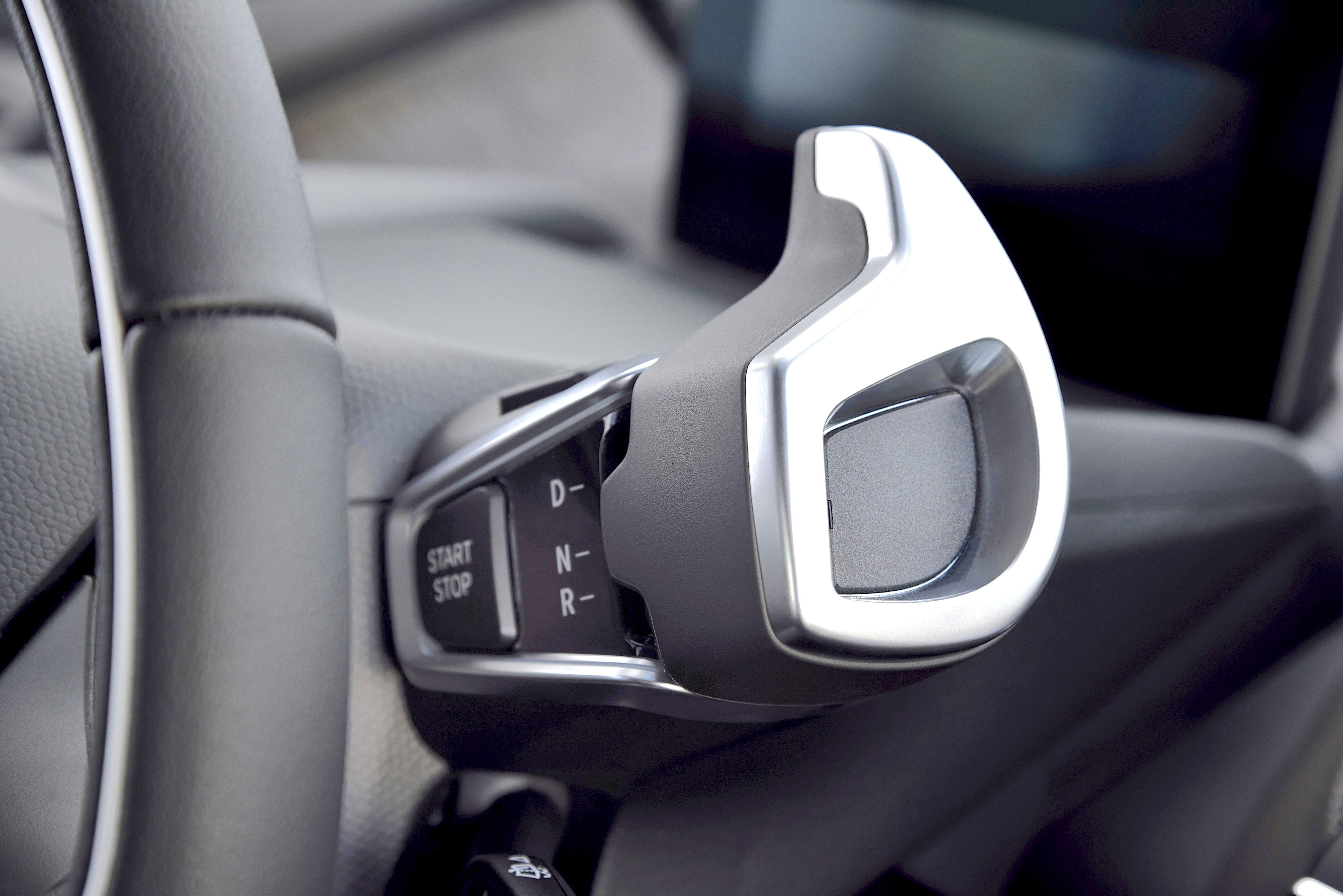 The BMW I3's shifter provided inspiration for the ID.4's solution.

“We have an internal design team who are experts and also do these customer clinics to learn whether or not they are able to do what they want to do the first time,” he said. The success of VW’s designers is that the ID.4’s shifter indeed does let drivers accomplish their aim on the first try, rather than going through a frustrating process of trial-and-error.

The value of the selector’s simplicity and the ability to use it with eyes on the road is especially significant for using it to change between the regular “D” drive mode and the high-regeneration “B” mode that provides more engine braking when the driver lifts off the car’s accelerator pedal. The ease of changing modes can be important because some drivers prefer to use the B mode for in-town driving but switch to the more relaxing D mode once they’re on the highway.

It is encouraging to see that not all of the modern alternatives to the traditional sliding “PRNDL” shifter are not obviously inferior to the familiar interface that has served drivers well for many decades, so perhaps we will begin to see carmakers apply similar ingenuity to other aspects of the HMI, which currently seems to be becoming more frustrating to use for many everyday functions.