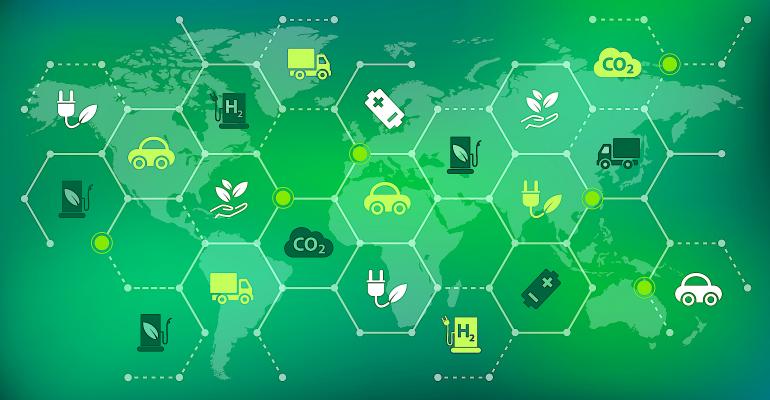 Porsche has plans to make all of its cars carbon neutral with green gasoline.

Like other automakers, Porsche is working furiously to develop electric models that will eventually be the brand’s main products. But in the meantime, the company continues to build combustion-powered vehicles that consume fossil fuel. Further, Porsche’s enthusiastic customers have a definite interest in preserving their combustion-fueled driving experience, so the company is likely to continue selling at least some combustion-powered models after the electric revolution has arrived.

As a way to sell such cars without having them consume fossil fuels or add carbon dioxide to the atmosphere, Porsche has signed a deal with Siemens Energy to produce synthetic methanol using Chilean wind power. Siemens will convert that methanol to gasoline using a refining process licensed from ExxonMobil. Porsche will phase in this “eFuel” in its race cars and track-driving experience cars at the Porsche Experience Centers as Siemens ramps up production of the wind-sourced fuel.

The long-term plan is for all Porsche owners to be able to use the fuel to power their cars without using fossil fuel eventually, providing them some future-proof protection that they will be able to continue to enjoy their cars in a carbon-neutral future.

“Electromobility is a top priority at Porsche,” stated Porsche CEO Oliver Blume. “EFuels for cars are a worthwhile complement to that – if they’re produced in parts of the world where a surplus of sustainable energy is available,” such as the wind-blown plains of Chile.

With renewable power from those windmills, the partners can produce liquid fuels that work with existing vehicles and infrastructure, Blume points out. “Their advantages lie in their ease of application: eFuels can be used in combustion engines and plug-in hybrids, and can make use of the existing network of filling stations.”

The Chilean plant will be the world’s first integrated, commercial, industrial-scale plant for making synthetic climate-neutral fuels, according to Siemens Energy. The plan is for a pilot phase, during which Siemens will produce 130,000 liters of eFuel by 2022. The plant will increase production from there to about 55 million liters of eFuel by 2024 and to 550 million liters by 2026. Porsche will be the plant’s primary customer. 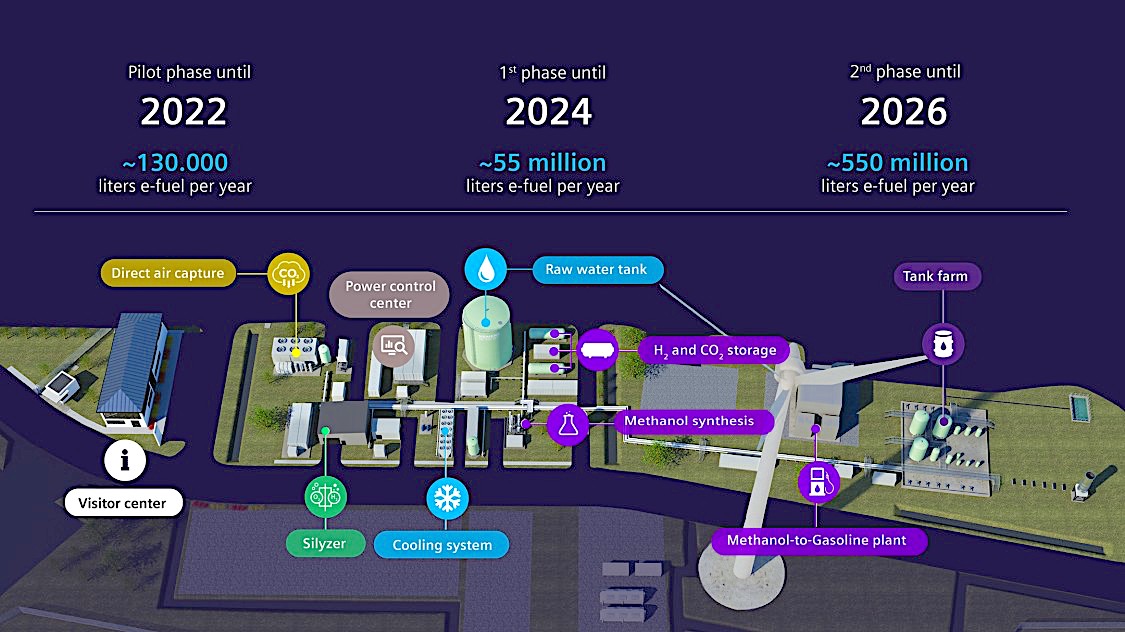 Siemens Energy describes its role in this project as a systems integrator. The company puts together pieces such as using Siemens Gamesa wind turbines, producing green hydrogen, and converting it into synthetic fuel. Siemens says that its Proton Exchange Membrane (PEM) electrolysis is ideally suited for using volatile wind power to generate hydrogen from water.

In this process, electrolyzers use wind power to dissociate water into its two components, oxygen and hydrogen. Next, CO2 from the air is combined with that green hydrogen to create synthetic methanol. Methanol, of course, is a liquid fuel and was used for decades to power race cars at the Indianapolis Motor Speedway, where it was preferred over gasoline for its water solubility, which makes it easier to extinguish fires.

But methanol isn’t a direct replacement for gasoline. Cars that use methanol need to be modified to accommodate the fuel, and the object here is to have a fuel that works with Porsche’s existing fleet of cars. Methanol has a lower energy density, lower volatility, absorbs moisture from the air, and attacks plastics and rubbers normally used in gasoline fuel systems. 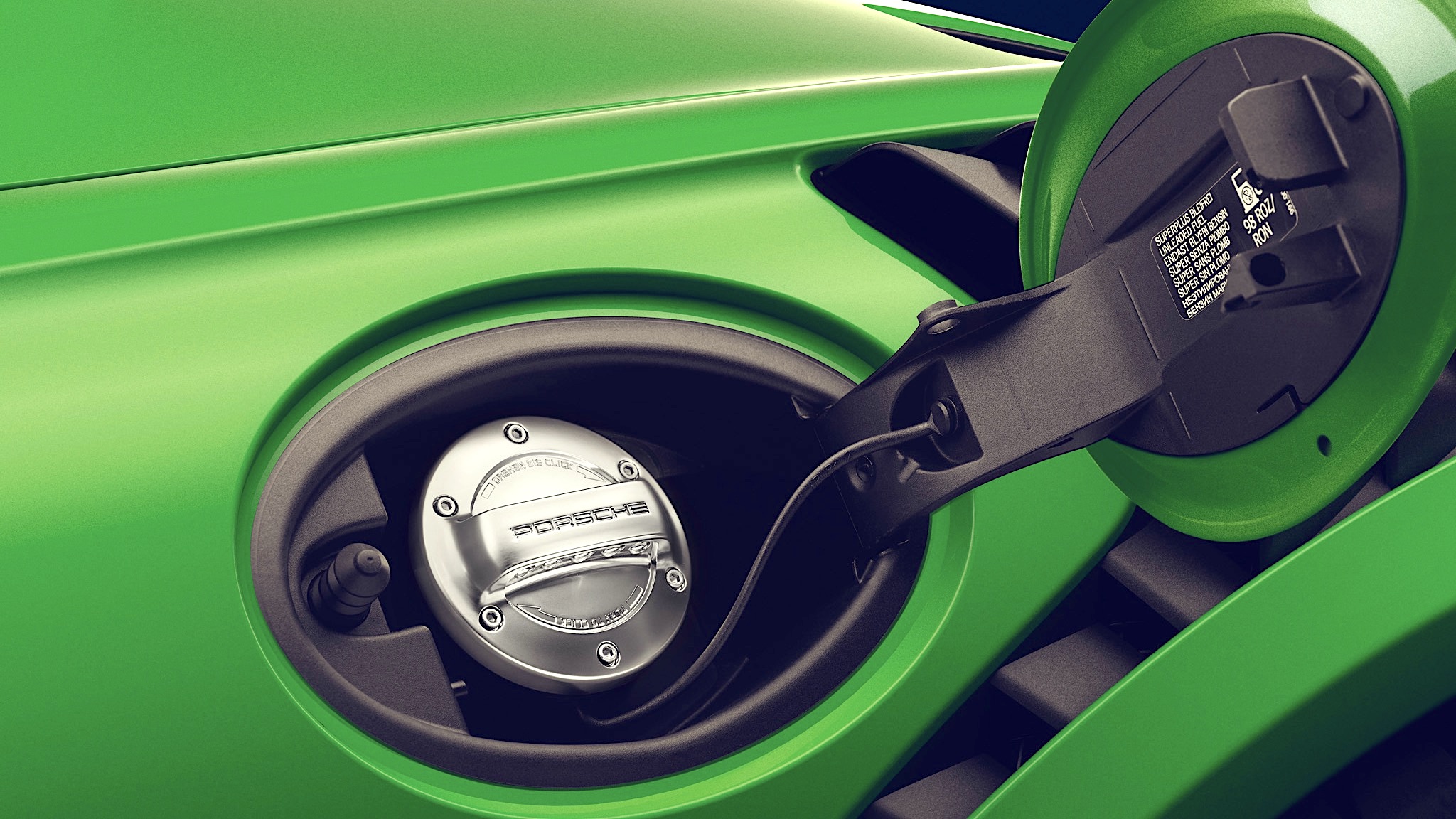 The partners tapped ExxonMobil for its Methanol To Gasoline (MTG) refining process, which the company first commercialized in 1985. According to ExxonMobil, in MTG process, methanol is first dehydrated over an amorphous alumina catalyst to an equilibrium mixture of di-methyl ether (DME), methanol, and water.

Next, the DME reactor effluent is introduced into the MTG reactors wherein methanol and DME are completely dehydrated by a proprietary catalyst forming light olefins and water. Under these MTG reactor conditions, light olefins oligomerize into higher olefins, which combine through various reaction paths into paraffins, naphthenes, and methylated aromatics. The shape-selective MTG catalyst limits the hydrocarbon synthesis reactions to about C11.

The resulting gasoline is rated at 87 octanes by the Research Octane Number + Motor Octane Number/2 formula. It is very clean, with no sulfur contamination and only 0.3 percent benzene. Most importantly, for the purposes of this project, it is created using carbon dioxide from the atmosphere, so CO2 that is released by combustion in the vehicle is only returning to whence it came, rather than being unsequestered from an underground fossil fuel repository.

When the time comes that drivers whoosh from place to place in electric vehicles pretty much exclusively, enthusiasts who appreciate the characteristics of their combustion Porsche will still able to appreciate their cars without incurring the wrath of regulators seeking to eliminate fossil fuels.

“We believe in our three-fold drive strategy,” explained Michael Steiner, Porsche AG board member for research and development. “We want to have classic combustion engines for as long as possible. Either high-revving naturally aspirated engines or turbo engines. We want to have plug-in hybrids that drive using mixed operation; electrically or with a combustion engine. And we want to have very emotive, very sporty electric vehicles, as shown with the Taycan. We want to offer all three.”