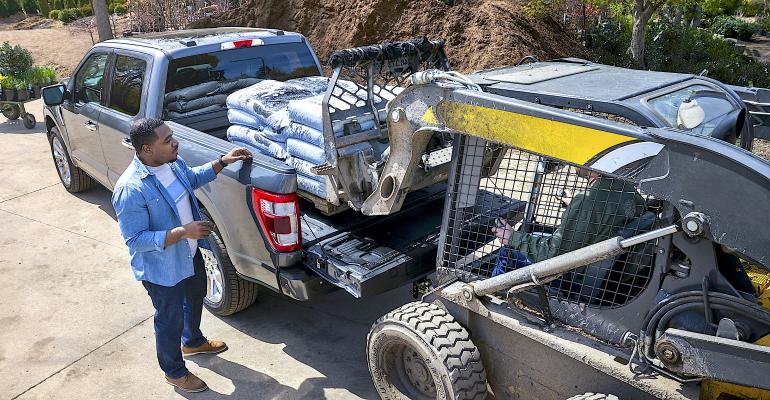 The 2021 Ford F-150 features onboard scales that tell the driver how much load the truck is carrying.

Ford’s F-150 half-ton pickup truck has held the sales title in its category since approximately the paleolithic era and the company is defending that position with the aggressive adoption of technologies meant to make the truck increasingly useful for its owners.

We’ve seen this before with Ford’s Pro Trailer Backup Assist system that we tested on a Lincoln Navigator, and the F-150 hybrid offers helpful electric power for camping or during power outages. 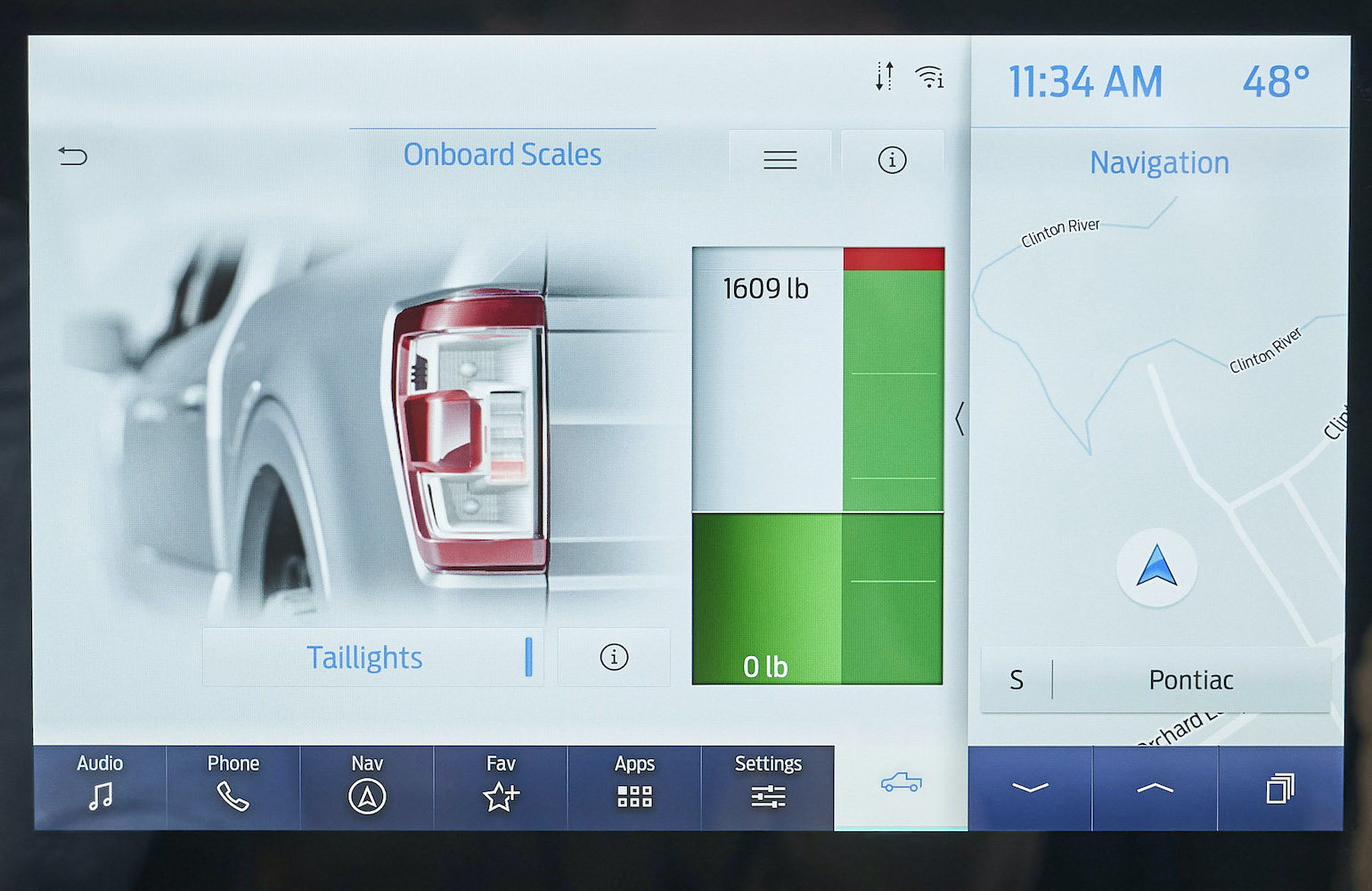 The new Ford Onboard Scales system tells F-150 drivers how much weight they’ve loaded into their truck’s bed through the dashboard display, the FordPass smartphone app, and through a series of vertical LEDs in the truck’s taillight. The information screens provide exact details, while the taillight LEDs approximate the portion of the available payload capacity used so far.

When the maximum payload is exceeded, the LEDs flash a warning.

The on-screen displays not only provide a more precise view of the load, they also let the weight be reset to zero to measure only how much new, but additional payload has also been added. This is useful in the example of a work truck that carries a toolbox in the bed, by letting the driver only check the weight of an added pallet of bricks, explained chassis systems engineer Josh Norwood.

The system is also good for checking the tongue weight of hitched trailers, helping drivers ensure that the trailer is safely balanced for towing. The driver must set up the trailer on the truck’s display screen, then the computer can indicate what the tongue weight is compared to what it should be for that trailer.

Not only that, but the Smart Hitch feature will also help guide drivers through correctly setting the tension on a weight-distributing hitch’s torsion bars so that the system functions as designed.

“Most of the time you are setting the tension based on the number of chain links,” said Norwood. “Getting tape measure out and taking measurements to see if it is in the right range.” Instead of that, the F-150’s Smart Hitch technology can provide specific directions in the process.

The Onboard Scales system uses suspension displacement sensors at all four corners of the truck’s suspension to gauge the weight that’s been loaded. Anyone who’s ever eyeballed a sagging pickup truck has done the same thing, but Onboard Scales does it accurately.

That has been the holdup because even having sensors in place wasn’t really enough more accurate than eyeballing it to be genuinely useful. Ford has solved this problem through a proprietary algorithm for examining the suspension compression and an individual calibration of the system for each truck before it leaves the factory.

“This was a pretty difficult task,” Norwood noted. “It took a lot of work for quite some time to figure out how to get this information and get it with accuracy and consistency that is useful to the customer.”

It also took a lot of work for the truck’s suspension engineers to coordinate with other teams to get the system approved, especially because it requires the cooperation of the production team that has to actually do each truck’s own calibration procedure in the factory.

“We were working across the lines at Ford to get it out the door to the customer,” Norwood said. “There was a lot of cooperation from our plant team.”

Now that engineers have a better understanding of the load the F-150 is carrying, there are more benefits that could be developed from the system. “I think this is the first application of this kind of information,” noted Norwood. “Now that we are capable of estimating what the load is we can do more things.”

Currently, F-150s equipped with continuously controlled shock absorbers can tighten their damping of suspension motions such as bounce, pitch, and roll by controlling valves inside the shock absorbers. The tuning of that system is only going to improve as Ford gains experience with this system.

“Now that we have good vehicle data and understanding of how the vehicle’s loaded and where that load is, there are a lot of next steps for bettering the vehicle’s handling,” Norwood predicted.