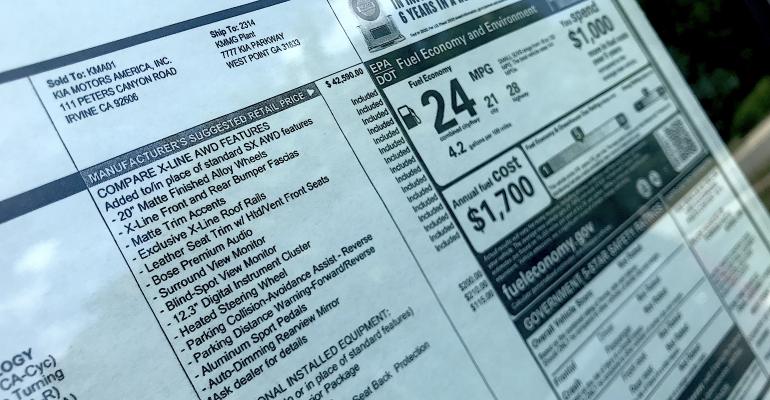 The EPA started listing a new fuel efficiency metric in 2012, but nobody has noticed in the decade since.

The U.S. Environmental Protection Agency updated its automotive fuel economy scoring system a decade ago to include a component that is more in line with global rating systems, but ten years later the rating for gallons per 100 miles of driving languishes in obscurity.

Beneath the large-typeface number depicting the combined score for city and highway driving, the window sticker has a smaller number that describes the vehicle’s fuel consumption by how many gallons it needs to drive 100 miles.

This is similar to how Canada and most European countries characterize fuel efficiency, though they use metric units rather than our old-style gallons and miles. So they grade cars by how many liters of fuel they burn per 100 km.

Related: How Your Car Got its Fuel Fill Arrow on the Gas Gauge

For us, that would equate to 0.26 gallons per 62 miles, which would be kind of awkward. Instead, the EPA chose gallons per 100 miles, which seems like something most drivers can wrap their heads around. 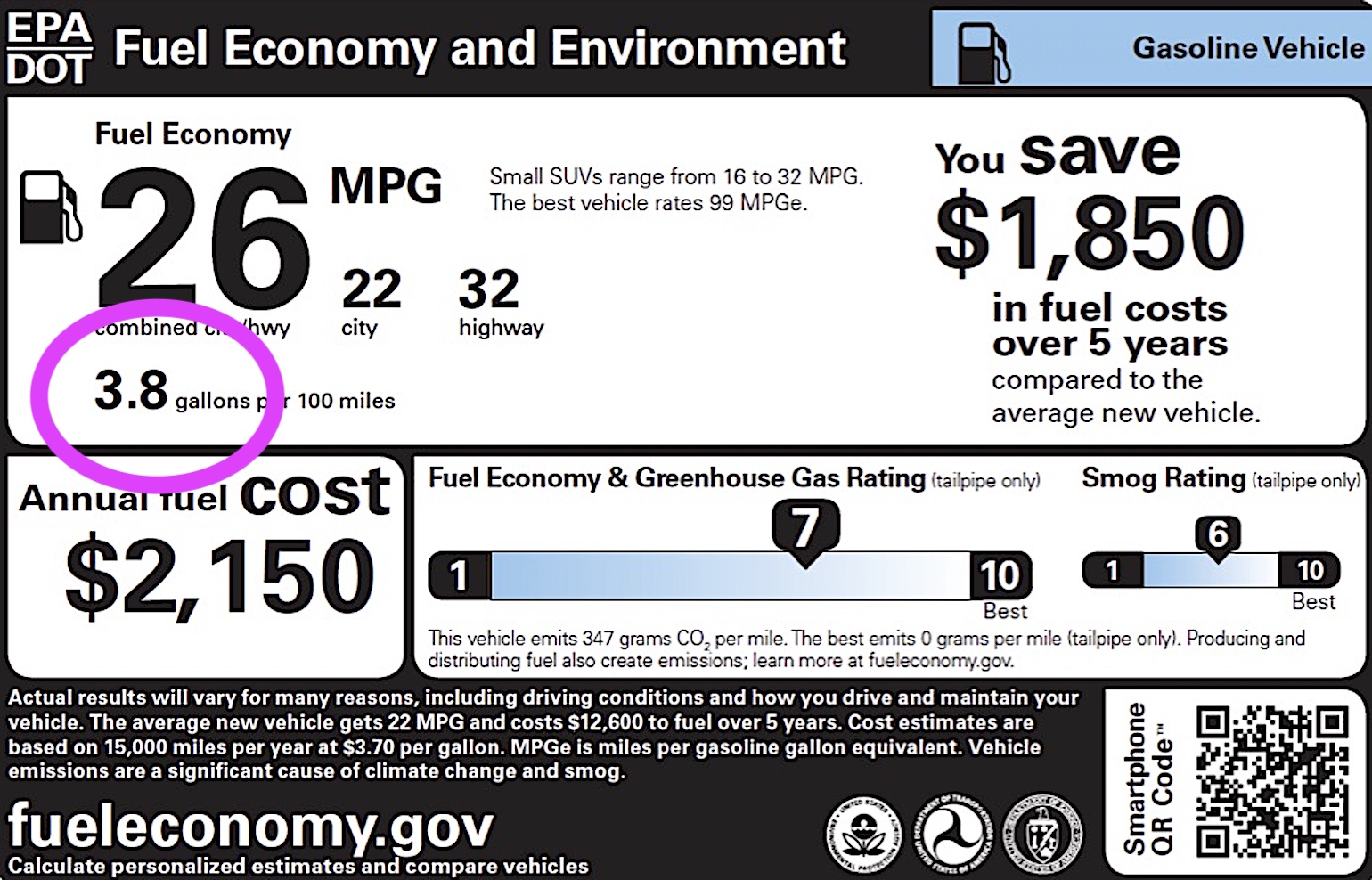 “In some ways it is easier to look at direct costs and emissions in a more linear fashion when you use that metric,” explained an EPA fuel efficiency expert in a phone interview. “You can do some strange things with the math because of that.”

Gallons/100 miles, in contrast, is a linear measure, so regardless of a vehicle’s efficiency, an improvement in this number directly correlates to the percentage efficiency gain. Also, there’s a number on the window sticker that describes the predicted cost to fuel the vehicle for a year, and that number’s linearity makes gallons/100 miles a better approach.

“When you look at the label we have metrics on there like how much you will save,” said the official. “That is more tied to that gallons-per-100-miles rating.”

So why is the gallons/100 miles one of the smallest on the label? And why was it overlooked in the EPA’s own video on understanding the numbers on the label? “It is not the most obvious number on there,” he conceded. “We should begin educating people what that metric is.”

Drivers may be slow to change, but those of us buying light bulbs in recent years have learned to recognize lumens as the standard for comparison when replacing rather than watts because LEDs’ energy use is much lower than the wattage rating of old incandescents.

And if Americans refuse to learn gallons/100 miles? We are headed toward an electrified future in which the benchmark will be kilowatt-hours per 100 miles, so maybe gallons won’t really matter no matter how their use is measured.