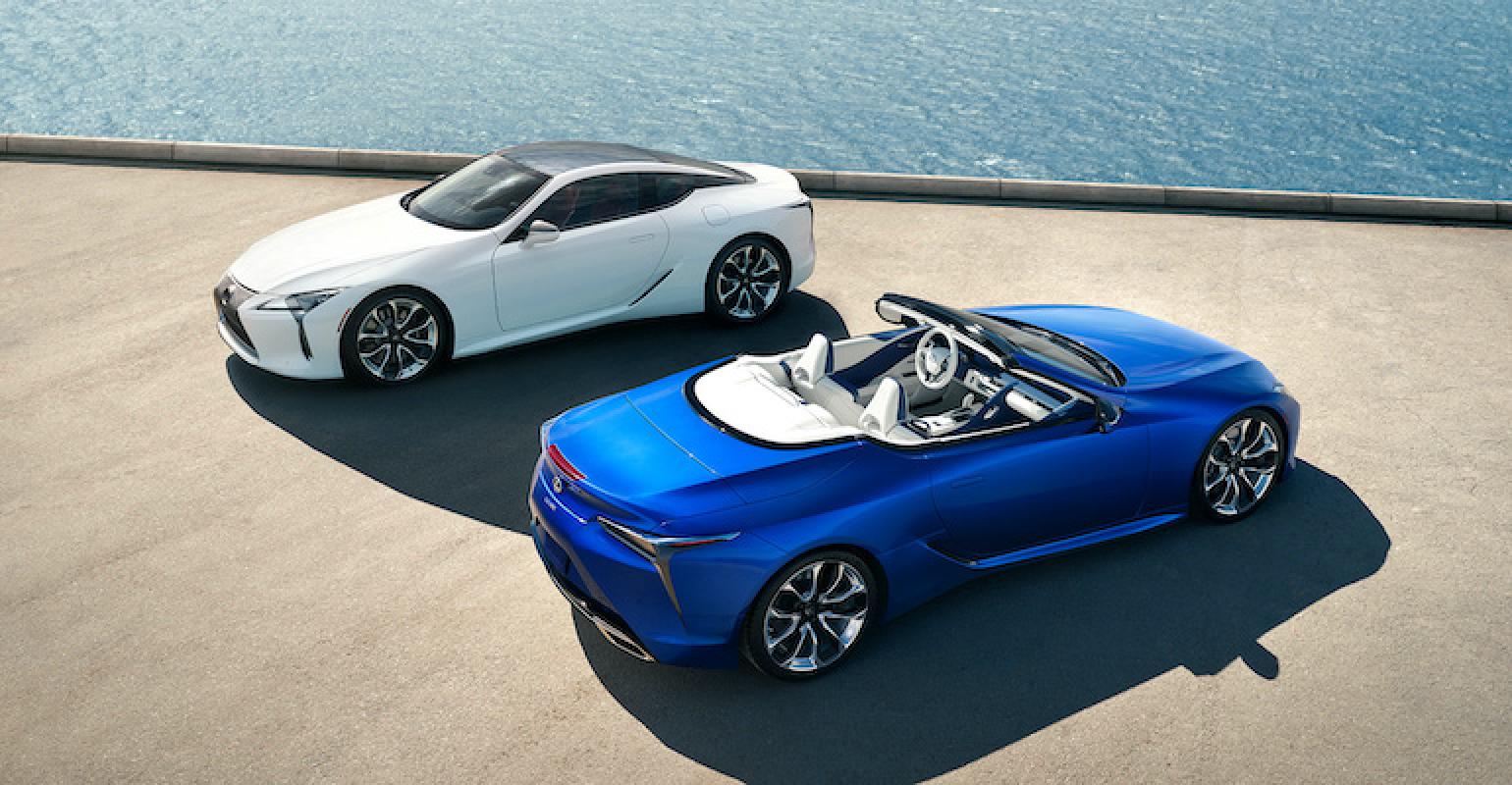 “Imagine the LC in its most breathtaking form,” intones the sensuous female voice in the Lexus promotional video for the new LC500 convertible. The statement is correct: the LC500 Convertible is a strikingly gorgeous extension of the line that started with the LC500 coupe.

It is a common strategy for carmakers who want to get more return on their investment in niche sport coupes, but there is more to it that using a Sawzall to chop the top from an existing coupe to create a convertible.

Ideally, planning for the alfresco variant starts with the design of the original hardtop model, so that necessary reinforcement is either built-in from the start or at least protected for in design so that it is easy to add later.

It hasn’t always gone so well for Lexus. The company’s first convertible, the SC400, had a folding hardtop roof whose bulk when stowed gave the ostensibly sporty little roadster an unfortunately enlarged rear storage area. Truly, the SC400 suffered from the dreaded “junk in the trunk.”

Two decades later, the 2021 Lexus LC500 has no such shortcomings. The coupe’s graceful lines are unhindered by the installation of an insulated four-layer folding fabric soft top, and the car looks smart with the roof raised or lowered. When the top is down, it resides beneath a hard cover that helps streamline the drop-top’s lines.

The roof goes up or down while driving at speeds up to 30 mph with the touch of a button that hides beneath a cover on the center console, where it can be hard for the uninitiated to locate. Losing the bracing of a roof structure leaves convertibles less rigid than their closed counterparts. This is usually manifested by “cowl shake,” which is when the car’s front and rear ends twist in opposite directions like a wet dog trying to dry off.

The LC500 Convertible is less rigid than its coupe counterpart, and it must surely suffer some degree of cowl shake. But in a week of testing, we never experienced either evidence of diminished rigidity or cowl shake. This is because Lexus engineers reinforced the convertible version of the car with strategically located reinforcements.

The LC500's convertible top can be raised and lowered even while driving at speeds as high as 30 mph.

There’s a die-cast aluminum rear suspension tower brace that stiffens the car’s rear chassis structure, and that is supplemented by a scattering of other aluminum and magnesium braces throughout the chassis. The original coupe foundation is also solid, with features such as its die-cast front strut towers providing maximum strength.

Nevertheless, suspension dynamics engineers deride the body structure as the “undamped spring” that connects their carefully calibrated suspension corners. In acknowledgment of this fact, Lexus has deployed the Yamaha Motor Co.’s Performance Damper, a large hydraulic shock absorber bolted directly to the car’s rear floor plan at both ends.

In this role, the Performance Damper provides control to vibrations in the chassis, yielding a smoother ride and better-controlled handling. 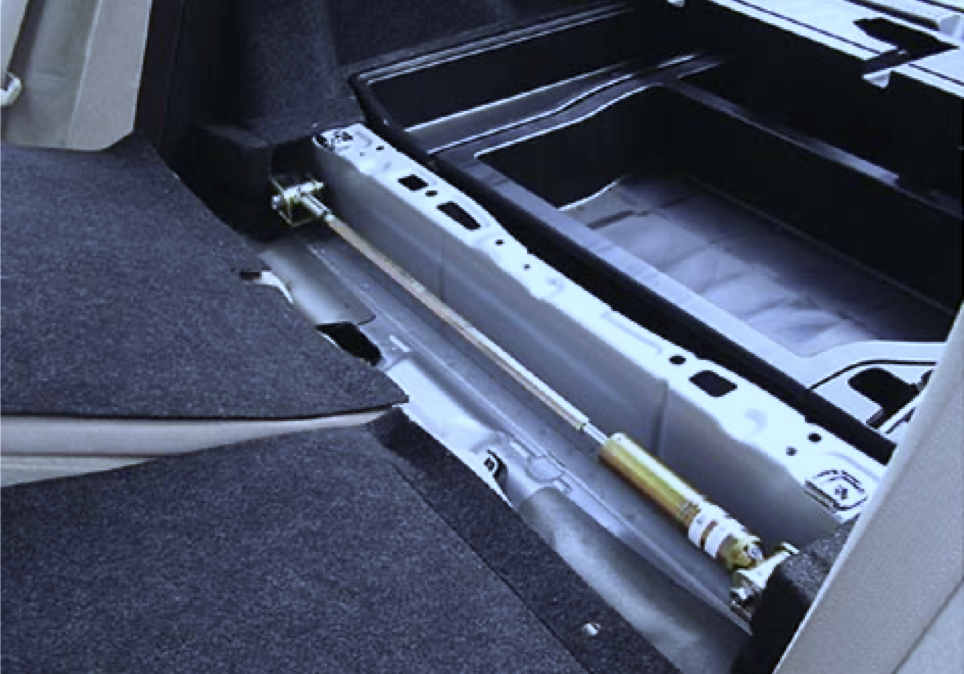 An example of the Yamaha Performance Damper mounted in a test car.

This technology saw its first use in the Japanese Domestic Market Toyota Crown Athlete VX in 2001, so Toyota, Lexus, and Yamaha have decades of experience with the device. A Yamaha Motor technical review described its effect:

“The performance damper has a simple structure and is easily mounted on a chassis, and not only does it improve handling stability and ride comfort, it also reduces vibration noise. What's more, these effects are so marked that any driver can feel the difference in normal driving, not just in extreme driving at the hands of trained test drivers.”

Yamaha’s testing on other vehicles has shown displacement of the damper of as much as 15 percent, though that was likely achieved on a test vehicle with less inherent stiffness than the LC500 Convertible. The test car also showed an impressive reduction in noise. At low frequencies below 10 Hz, the reduction was as much as 15 decibels.

The damper itself is a conventional nitrogen-charged oil damper as is typically used as a shock absorber, and it weighs about 1 pound, not counting the mounting structure. 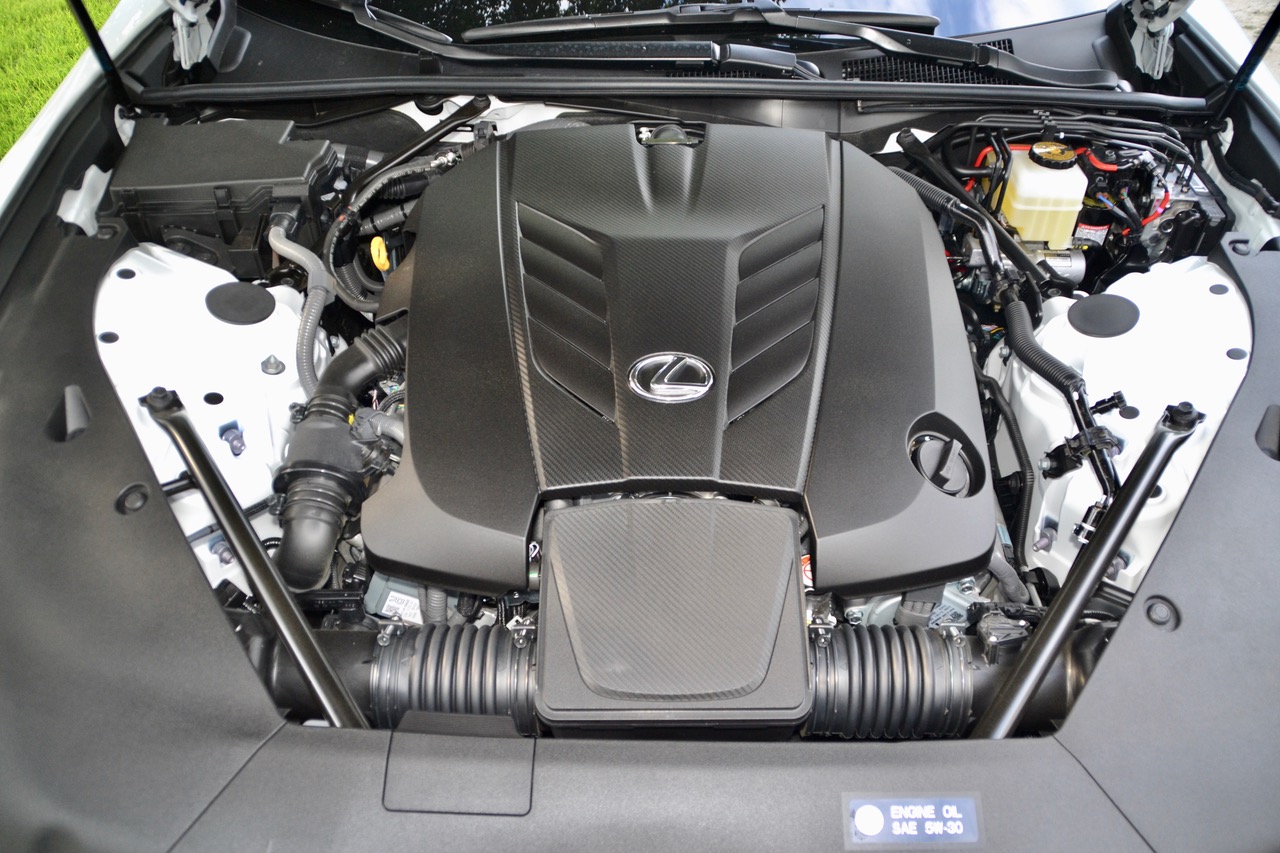 The LC500’s engine seems almost quaint in its lack of forced induction. This 471-horsepower, 398-lb.-ft. 5.0-liter, double overhead cam, 32-valve, variable valve timing engine seems sedate in a world of 600-plus horsepower sports cars, but sedate is part of the Lexus signature driving experience. It just happens to be delivered with enough muscle in this instance to propel the LC500 Convertible to 60 mph in 4.6 seconds and to a top speed of 168 mph.

It is the car’s ability to deliver this performance without seemingly breaking a sweat or inducing one in its occupants that is a Lexus hallmark. And while cars with forced induction engines move closer to sounding like the high-speed air handling devices they are, the LC500 continues to sound like a proper V8 sports car.

The transmission is a 10-speed automatic whose calibration ensures that the driver need not think about the complex challenge of choosing from among so many available ratios because the car’s computer does the job invisibly and faultlessly. The gearbox sends power to the rear differential, a torque-sensing unit that doles out torque to the rear wheels on an as-needed basis to maximum traction.

Driving the LC500 Convertible is a soothing experience, top up or down. Motoring in the Lexus is a posh and placid event, conforming to the company’s brand promise. Yes, Lexus does participate in racing, and yes, they do have edgy high-performance models. Indeed, I had the good fortune to test a Lexus IS300 race car, one of the company’s first competition vehicles.

But it is fundamentally not what the brand is about, and thankfully, they don’t feel the need to deliver a rip-snorting race car, replete with kidney-punishing ride, rigid competition seats, and an embarrassing-on-the-street racer-boy exhaust. Instead, the LC500 puts a smile on the driver’s face thanks to its combination of plush cabin appointments, spectacular look-back-as-you-depart styling, involving engine sound, and responsive handling.

The test car’s $101,000 base price was boosted by a smattering of upgrades, including the 21-inch forged wheels (20-inch wheels are standard), a head-up display, the limited-slip differential mentioned previously, and the Touring Package of luxury amenities. These bring the bottom line, with the delivery charge, to $111,325. 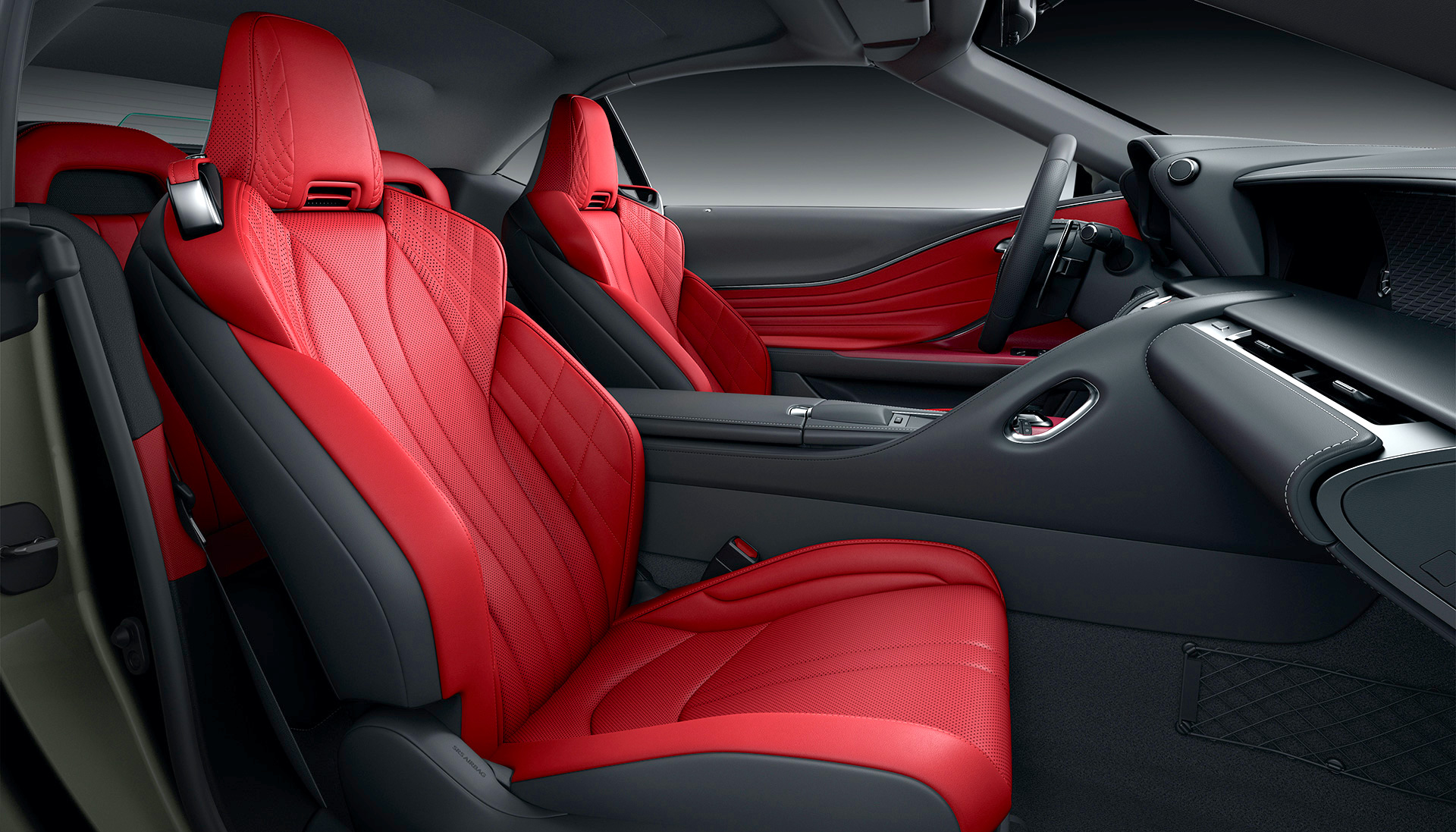 There are a lot of prestige car options available in this price range, but it is impossible to identify anything with such refined good looks, understated performance, and occupant-coddling comfort. Leave the race cars for the race track and enjoy the LC500 in its most breathtaking form.

Toyota’s Back in Action with a Revived Venza Crossover and a New Sienna Van
May 19, 2020