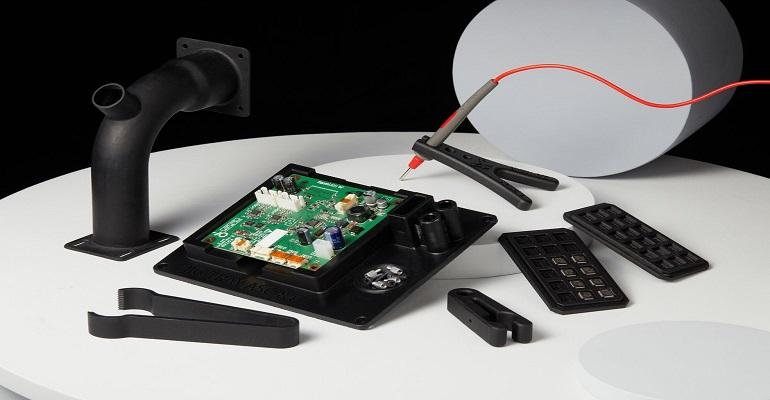 While manufacturing struggled over the past two years, 3D printing experienced surprising growth.

Formlabs has released a 2022 3D Printing Applications Report that details how 3D printing adoption has evolved over the past two years. The results reveal 3D printing adoption rates skyrocketing since March 2020. Demands on manufacturers have shifted, with 40% of respondents adding 3D printing into their workflows. This is not just for prototyping – it’s also for end-use production. Sixty percent of those who have recently adopted 3D printing report frequent use of 3DP for end-use applications as they struggle to solve supply chain challenges and meet customer expectations.

The report shows the evolution as 3D printing shifted from an R&D and prototyping tool to manufacturing technology. Manufacturers are using 3DP as a production tool for overcoming supply chain challenges. Over the last two years, 3D printing was able to step up and produce limited-run parts and assemblies as well as producing personalized products. Manufacturers are now rethinking how they produce goods to meet customer demand.

The report indicates that companies that have adopted 3D printing in the last two years are more likely to utilize the technology for small batch custom pieces. This helps manufacturers meet consumers' appetite for the latest trend, from custom headphone tips to the latest sneakers.

3D printing is showing itself to be useful in a wide range of manufactured goods:

3D printers are becoming the manufacturer’s swiss army knife – an adaptable tool that can keep production lines running. The report reveals that overcoming supply chain burdens has been the main reason for utilizing the technology. More than 50% of respondents stated that their 3D printing capabilities are helping to solve supply chain issues. For example, highly customizable products like hearing aids or dental aligners, require flexible production methods that are cost-effective and fast. With 3D printing, manufacturers are producing customizable parts in-house and thus reducing the number of nodes on their supply chain and shortening lead times.

Changes in the Market

3DP as a production technology was held back by the limited materials available. Additive metal machines lifted material restrictions. “When we looked at additive technologies in the survey, the people said the production material most integral to their business was metal,” said Baker. “The resin-based materials are mostly for consumer-facing parts. Meanwhile, metal is getting a foothold in industrial applications.”

One new world for 3DP that recently opened is tool and dye work. “There is this new sliver in production – that’s short-run tooling. With mass manufacturers at scale, they're using traditional tooling. But if you're doing a short run to iterate on the dye, you'll see a ton of 3DP” said Baker.

Looking at a Bright Future

While Covid may have opened possibilities for 3DP, the end of Covid won’t take those opportunities away. “In the survey, we asked for future predictions. The data came back with a Zoom analogy,” said Baker. “Companies started using 3DP during the pandemic, and they’re not going back from that. Manufacturers bought the equipment and now they’ll do more with it.

As for what Baker expects to see going forward, it will be materials developed to support specific applications. “If the pace of change continues, we’re going to see more materials that allow manufacturers to do more,” said Baker. “We were working with New Balance, and they want to make 3D printed shoes, but they’re waiting for materials to help get them there. Well, those materials are on the way.”