A Talk with a Lithium Expert 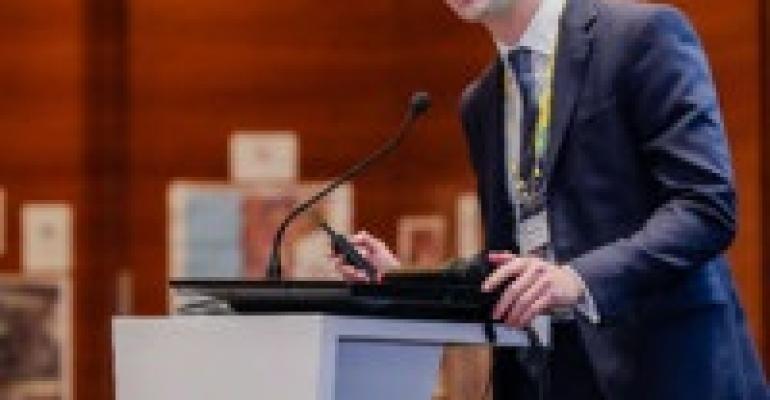 Lithium demand will continue to rise as the electrification of transportation spreads across the globe.

It is safe to say that lithium batteries are the key to the growing electrification of transportation. Martim Facada, lithium market reporter & specialist, Industrial Minerals, will be presenting a talk titled “Lithium-ion Batteries Most Critical Raw Material: Lithium, Cobalt, Nickel & Graphite” at The Battery Show in Novi, Michigan on September 12. He will address changes in the battery industry with respect to raw materials and explain how China has become the world’s leading production hub for lithium ion batteries. Ahead of his talk, Design News spoke with Martim Facada about the highs and lows of the present lithium market.

First, it’s useful to know the scale of lithium usage in electrification. Modern electric vehicles (EVs) can contain as much as 140 pounds of lithium in a 1,000-pound battery pack. While the design, chemistry, and configuration of today’s lithium ion cells gets most of the attention, the price and future availability of the raw materials that go into those cells will be just as important to the future of electrification as vehicle range and exceptional performance.

To ensure their EV future, some companies—like Volkswagen and Tesla—are attempting to lock in supplies of the lithium raw materials. But lithium suppliers aren’t making it easy. “Typically, the car industry will approach the raw material supplier and ask for a specific price, which traditionally is a discounted price from the market price,” Facada explained to Design News. “But because lithium is a producer’s market, they are not willing to accept that. There is a bit of going back and forth and negotiations between them,” he added.

“When you build a fleet of cars, you definitely need stable price and you need stable supply—that’s obviously of concern for all of these battery manufacturers,” said Facada. “For that, they need a price provided from an impartial source as a basis for negotiation.” The work done by Industrial Minerals and its publication Metal Bulletin is targeted at being that impartial source.

“The main goal of the Metal Bulletin group is to publish prices that are useful, as a basis for negotiation, as well as news to drive the industry and help the industry understand what is happening in the market,” said Facada.

Facada is well-placed to study the lithium raw materials market. He studied political science and international relations in Madrid and has an MA in International Political Economy from King’s College in London. “I’ve been working with key stakeholders from producers and consumers based in Chile, US, Japan, Korea, China, Australia—basically across the whole world. We want to track the prices of different lithium compounds and raw materials. We also look at nickel, manganese, cobalt,” he said.

Lithium comes from two primary sources. Traditionally (prior to 2015), it was produced on Salars—large salt flats. Brines from deep below the surface are pumped into ponds on the surface, where the sun evaporates the liquid, leaving behind the salts from which lithium can be extracted. Extracting lithium from brines produces lithium carbonates.

More recently, hard rock mining (primarily from Australia) has become a source of raw materials. “It’s important to understand that from brine, you produce (lithium) carbonate and then you produce hydroxide. Tesla and other makers consume battery-grade (lithium) hydroxide, whereas from hard rock, you can produce either (lithium) hydroxide or (lithium) carbonate. You don’t have to produce carbonate first. So hard-rock offers you the capacity to produce one or the other. In China, the majority of cathodes (in lithium ion batteries) consume carbonates—although in the future, people feel like hydroxides will be the most used because the likes of Tesla and Panasonic use hydroxide,” explained Martim Facada to Design News.

China not only has plants to produce the batteries, but also plans to produce lithium raw materials from brines in several locations, including Tibet.

Presently, about 35% of the world lithium supply goes to batteries. As more EVs reach production in the future, that percentage is expected to increase dramatically. Will it result in a lithium shortage? “Lithium is one of the most abundant minerals in the world, in brines and in rocks—there is even lithium in the ocean, but there is no technology to extract it yet,” said Facada.

“Just from salt lakes and hard rock, you have more than enough lithium to supply the whole industry. The issue here is that all those resources are not developed. And typically, from a commodity point of view, when there is a demand shock, supply always struggles to meet demand. We are talking about a mineral that has only been mined intensively for the past 20 years. It takes time for the new producers to come online—up to ten years minimum. And it takes time to get right the purity of material,” he explained.

Can lithium be replaced by another material? Although basic research into aluminum or magnesium to replace lithium continues, Facada doesn’t think they will be replacing lithium anytime soon. “Lithium is one of the materials that won’t be replaced within the next 20 years,” he said. “It is a demanding process to put these batteries onto the street. The car manufacturers have to put in a lot of time before putting these new technologies on the street without any kind of risk for the people using these batteries. Having said that, when you look at next generation batteries, they all use lithium. With (future) solid state batteries, lithium is even going to increase in quantity. So lithium usage will just increase in the future,” said Facada.