China in the Firing Line 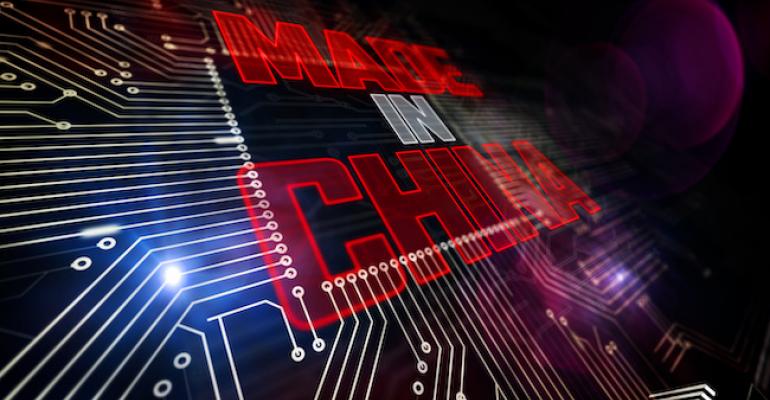 A webinar held by the Alliance of American Manufacturing provided a forum for four members of Congress, a business owner, and a representative from the United Steelworkers to talk about bringing manufacturing back to the United States.

A two-hour webinar held by the Alliance of American Manufacturing last Thursday provided a forum for four members of Congress along with a business owner, a representative from the United Steelworkers, and the President and CEO of the National Council of Textile Organizations to talk about bringing manufacturing back to the United States.

“Crisis Brings Consensus: Prioritizing U.S. Industrial Policy in a COVID-19 World” began with a Q&A moderated by Josh Rogin featuring Marco Rubio (R-FL) and Josh Hawley (R-MO). Rubio noted that the increased push to bring back manufacturing and the need to change U.S. policies regarding trade with China is not “unique to a pandemic,” which has exposed vulnerabilities in the supply chain across several industries.

“This issue needs more than anger at China,” said Rubio. “While the Chinese Communist Party’s efforts to dominate the world in key sectors are evident, we’ve allowed them to do this. We need a strategy, then tactics to put in place the strategy to bring back U.S. manufacturing.” That would include developing incentives for companies to return their manufacturing to the United States.

Hawley began his remarks by noting that we live in a very different world today than we did after WWII. “The economic order is very different, and we need to address the rise of imperialist China,” he said. “We need very serious reform to address this different world and different [economic] system.” Hawley is not in favor of abolishing the WTO, while that issue has been raised by some. “I would rather ‘fix’ it than ‘nix’ it,” he added.

Hawley, who said he’s heard more about bringing U.S. manufacturing back home in the past four months than in the 14 months he’s been in Congress, does not approve of isolationism. “We are a trading nation and will continue to be, but we need reforms such as dispute resolution, which is a mess,” he stated. “We need an American economy that is strong and a strong American worker. Manufacturing is vitally important to the future of the United States. We need to bring back our supply chains.”

Drew Greenblatt, CEO of Marlin Steel Wire Products, said his company has been the “victim of intellectual property theft” from Chinese manufacturers. “The Chinese bring products into the U.S. cheaper than we can make them here,” he said. “We need a total reset of our policies. The Chinese cheat on trade deals and hack our research, copy-and-paste our innovation into their products. It’s unacceptable how they’ve treated us in the past — they walk all over us. If you’re a thief, your products should not be allowed in our country.”

Emily de LaBruyere, co-founder of consultancy Horizon Advisory, said that she agrees with Greenblatt’s comments. “China has a long-standing plan to steal our IP so we lose all our resources giving them that much more runway to keep doing what they’re currently doing,” she said.

LaBruyere was referring to China’s strategy to dominate many industrial sectors, known as China Standards 2035, “the economic blueprint” that is a “continuation of the Made in China 2025 industrial plan that aims for China to achieve self-sufficiency in 10 tech sectors by the year 2025,” according to an article in the Epoch Times.

Horizon Advisory released a report in April analyzing the Chinese document called, “Main Points of National Standardization Work in 2020” (released in March), noting that it represented “China’s next step in its grand strategy.” The Chinese document “explained how China should ‘accelerate the development of COVID-19 epidemic prevention and detection methods and quality control standards,’ while promoting standards including ‘epidemic prevention and control materials and industrial chain supporting equipment.’”

LaBruyere told the Epoch Times that while these Chinese standards of care and public health administration and management included sending medical supplies and healthcare experts to other countries to help fight the virus, some countries complained that the medical equipment such as ventilators “were substandard or did not work properly,” said the article.

Senators Tammy Baldwin (D-WI) and Sherrod Brown (D-OH) spoke during the second half of the webinar. Baldwin noted that “China is very good at exploiting our systems, such as winning bids to build critical infrastructure components such as trains and buses. Baldwin sponsored a Senate bill that was passed into law last year that prohibited Chinese state-owned, controlled, or subsidized companies from building U.S. rail cars and buses. “We can’t let them look for the loopholes,” said Baldwin. “We’ve got to be savvy.”

Rubio urged an “international coalition” of countries around the world that are uncomfortable about vulnerability to China. “We need an economy that does not have a supply chain so heavily invested in one place,” he said. “I’m generally in favor of capitalism but often the outcome isn’t the most efficient. For example, it may be more efficient to get pharmaceutical ingredients from China but it’s not in our national interest.”

Rubio mentioned opportunities that the economic shutdown is presenting for China and that it behooves companies worldwide to protect their “critical interests,” as many are in trouble. “This is an opportunity for China to buy them,” said Rubio.

LaBruyere agreed, noting that “China sees this as an opportunity to "profit from the crisis” by acquiring strategic assets of companies in trouble. “China recovered first and is fueled by foreign resources,” she said. “When the U.S. passes a stimulus package, the Chinese Communist Party does everything it can to make sure it gets its share of the stimulus money.”

To try and protect U.S. investors, Senators John Kennedy (R-LA) and Chris Van Hollen (D-MD) co-sponsored a bill in March 2019, the Holding Foreign Companies Accountable Act, that will require companies on the U.S. stock exchanges to certify that they are not under the control of a foreign government. While it’s been more than a year since the bill’s introduction, it’s gaining steam — a sign that the pandemic has exposed China’s incursion into the stock market through the acquisition of U.S. companies, causing greater concern among lawmakers.

Hawley didn’t mince words on these matters: “Bring back our supply chains and manufacturing,” he emphasized. “Hold [China] to their word. The Chinese Communist Party is the bad actor here — they will do anything they want to.”

Rubio agreed. “They come here and do whatever they want but we can’t go there and do what we want,” he stated. “We need a more balanced relationship with China. We need to quit treating them like some poor country that needs help.”