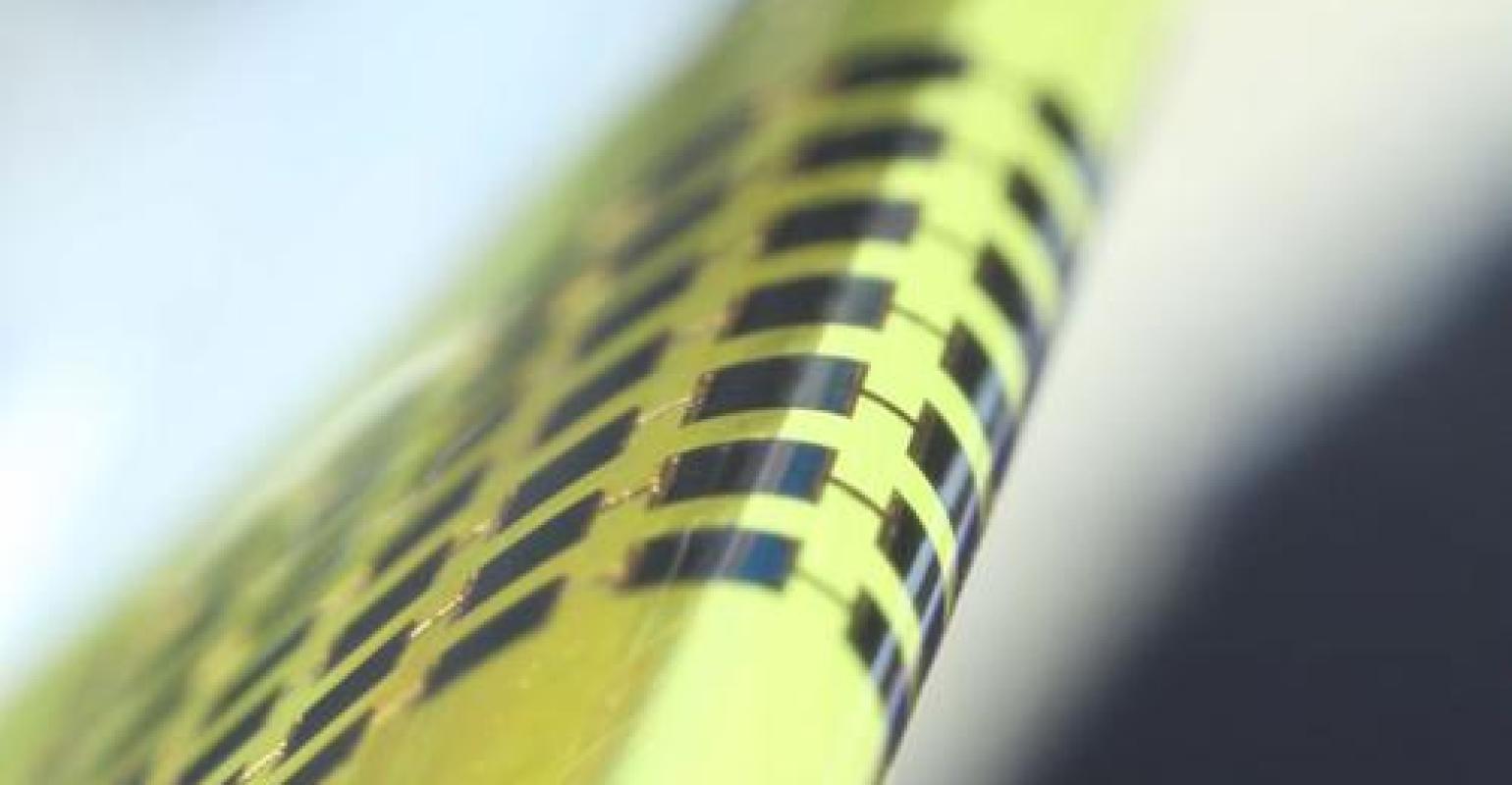 Wearable electronics may soon have another alternative to cumbersome batteries for power with the development of a new ultra-thin solar cell flexible enough to wrap around a pencil.

The team envisions the technology as a versatile form of power for wearable devices such as smart glasses, fitness trackers, and watches because of its flexibility, strength, and small footprint.

"Wearable flexible electronics often require sustainable power sources that are also mechanically flexible to survive the extreme bending that accompanies their general use," the team -- led by Jongho Lee, an engineer at the institute -- explained in an abstract for a paper about their work published in the journal, Applied Physics Letters. "In general, thinner microelectronic devices are under less strain when bent." 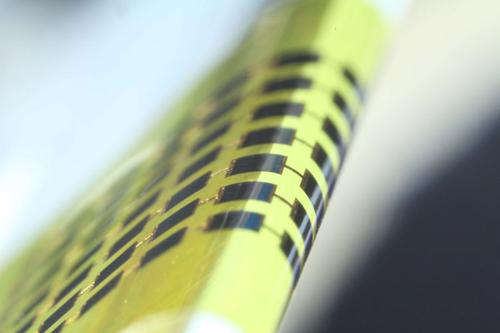 Indeed, in tests to see how far the cells could bend, the team discovered that they could wrap around a radius as small as 1.4 mm. Moreover, the strain on the thin cell was less than that put on thicker materials, about one-fourth the amount of strain than on similar cells about 3.5 micrometers thick.

"The thinner cells are less fragile under bending, but perform similarly or even slightly better," Lee said.

Lee's team created the cells from the semiconductor gallium arsenide, the same material photovoltaics company Sol Voltaics used to develop nanowire thin film that can boost the performance of photovoltaic cells. To achieve the desired girth of the cell, researchers stamped them directly onto a flexible substrate without an adhesive, which would have added thickness, they said.

To create a bond without adhesive material, the cells were cold-welded -- a process that joins two pieces of metal by forcing them together so hard that the surface oxide films are disrupted and adhesion occurs -- to the electrode on the substrate. The process researchers used applied pressure at 170C (338F) and melted a top layer of material called photoresist to act as a temporary adhesive. Later that material was peeled away, leaving a direct metal-to-metal bond, according to researchers.

The resultant bond serves a dual purpose in the cells, not only keeping the material together, but also serving as a reflector to direct stray photons back to the solar cells. This allows the conversion efficiency of the cell to be on par with similar, thicker photovoltaic cells.

This transfer-printing method of producing the cells is unique in how other thin solar cells have been designed, according to researchers. While a few other groups have reported the development of cells with a similar 1-micrometer thickness, their methods for fabrication were different, according to Lee. Using transfer printing requires a smaller amount of materials than these other methods, he said.