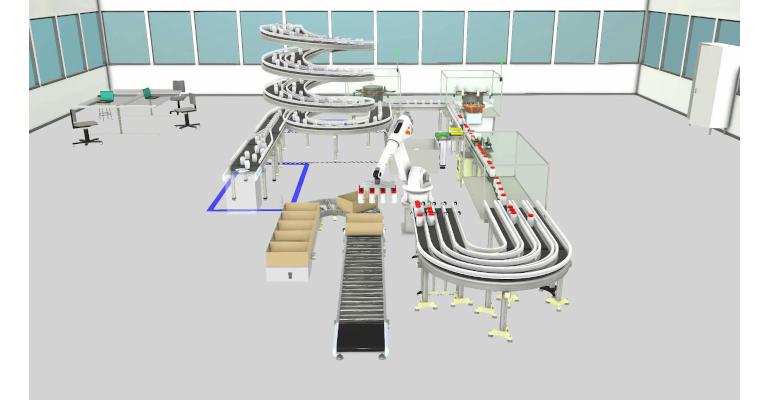 Visual Components and Delfoi join forces to usher in Industry 5.0.

Visual Components, a purveyor of 3D simulation software, recently acquired Delfoi’s Robotics division to bolster its existing simulation tools, expand its robotics solutions, and enter into the offline programming (OLP) market. Delfoi’s OLP software solutions are used by leading companies in the automotive and aerospace industries around the world. Delfoi has been working with industrial robots for more than 30 years, and its Arm software solutions have been on the market for over two decades.

The Delfoi software products, including OLP and the company’s robot programming software, create a comprehensive solution for fast, reliable, and cost-efficient robotic programs. Delfoi OLP allows users to create, validate, and optimize robot programs quickly and easily on the factory floor. This is particularly useful for those unfamiliar with programming robots, as it is intuitive and user-friendly. The added functionality will provide Visual Components with a one-stop shop of sorts for the digital transformation of production systems, reducing manufacturing production time and improving robotic programming processes.

Delfoi’s offline programming software (Fig. 1) supports the offline programming of industrial robots, while its users are the designers of robotic cells and the integrators of such cells. The software is based on the latest advances in artificial intelligence and machine learning and supports a wide variety of industrial robot arms, grippers, and other end-effectors. It also supports all the main robotic cell configurations, including fixed-position and articulated units.

Users can create programs for different types of robots, including those from FANUC, KUKA, ABB, Yaskawa, and Kawasaki, and can be used to create programs for both single and multiple robots. The OLP software is a cloud-based, software as a service (SaaS) solution and is available in three versions: Free, Basic, and Professional. The free version includes free trials for the paid versions. Basic and Professional versions are subscription-based and require a monthly or yearly subscription.

The OLP software is comprised of five modules-

These capabilities will help Visual Components meet the demand for advanced robotics in the manufacturing environment, alongside the increased use of simulation and virtual commissioning. Moreover, Delfoi’s robotics division employees will continue to work under the same moniker within the Visual Components ecosystem at its Finland-based headquarters.

“This acquisition is a natural next step in a long working relationship with Delfoi, with the business having utilized our simulation software for over ten years. It’s fantastic to now be joining forces with another Finnish company to meet the demand from manufacturers to effectively utilize robots on the factory floor as Industry 5.0 grows in importance. Our customers now benefit from a solution that covers the entire production system lifecycle,” said Mikko Urho, CEO at Visual Components.

We had a chance to ask Graham Wloch, director of business development at Visual Components (pictured below), a few questions about the acquisition. 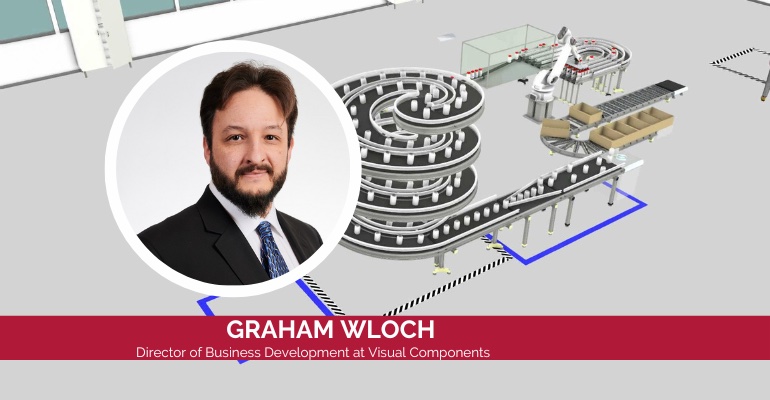 The ability to program robots on the fly is a great milestone. Does the OLP software allow for quick reprogramming if the robots are tasked with different applications?

Wloch: OLP software is perfect for programming robots for multiple tasks, without even needing the robot on hand. Programming robots for different applications without the safety net of OLP capabilities within simulation software is costly and potentially damaging due to associated downtime. This software gives organisations the opportunity to troubleshoot and solve potential issues before a physical robot is even deployed. Imagination really is the only limiting factor for businesses.

Now that Delfoi is part of Visual Components, are there plans to further develop the ARC, SURF-X, and other software platforms?

Wloch: The integration of Delfoi’s capabilities into our product portfolio stretch beyond offline programming capabilities such as grinding, spraying, cutting, and now can include any other tasks a robot may need to perform on the factory floor. ARC, SURF-X, and other technologies are already useful applications, but now Visual Components is able to weave its easy to use discrete event capabilities into the existing platform to allow manufacturers to completely control every aspect of their operations from start to finish. As manufacturing continues to mature, we’ll have the complete tool that grows and scales alongside a company’s operations.

With Visual Components looking to expand in the U.S. and APAC markets, will that expansion help the company further innovate within its existing product line, and are there plans in the pipeline for next-gen robotics and simulation software solutions?

Wloch: The expansion will definitely encourage innovation in these markets as we’re now seeing more companies, such as those in the US, approaching us to solve new problems. End users are now wanting to “own” internal processes and continuous improvement strategies, particularly as reshoring becomes more popular. Since 2020 we’ve seen a change in customer behaviour. Now, everyone is looking for new and better solutions. What we’re providing is the tool that will allow organizations to develop at their own pace across all manufacturing stages, while still leaving room for further growth and development.