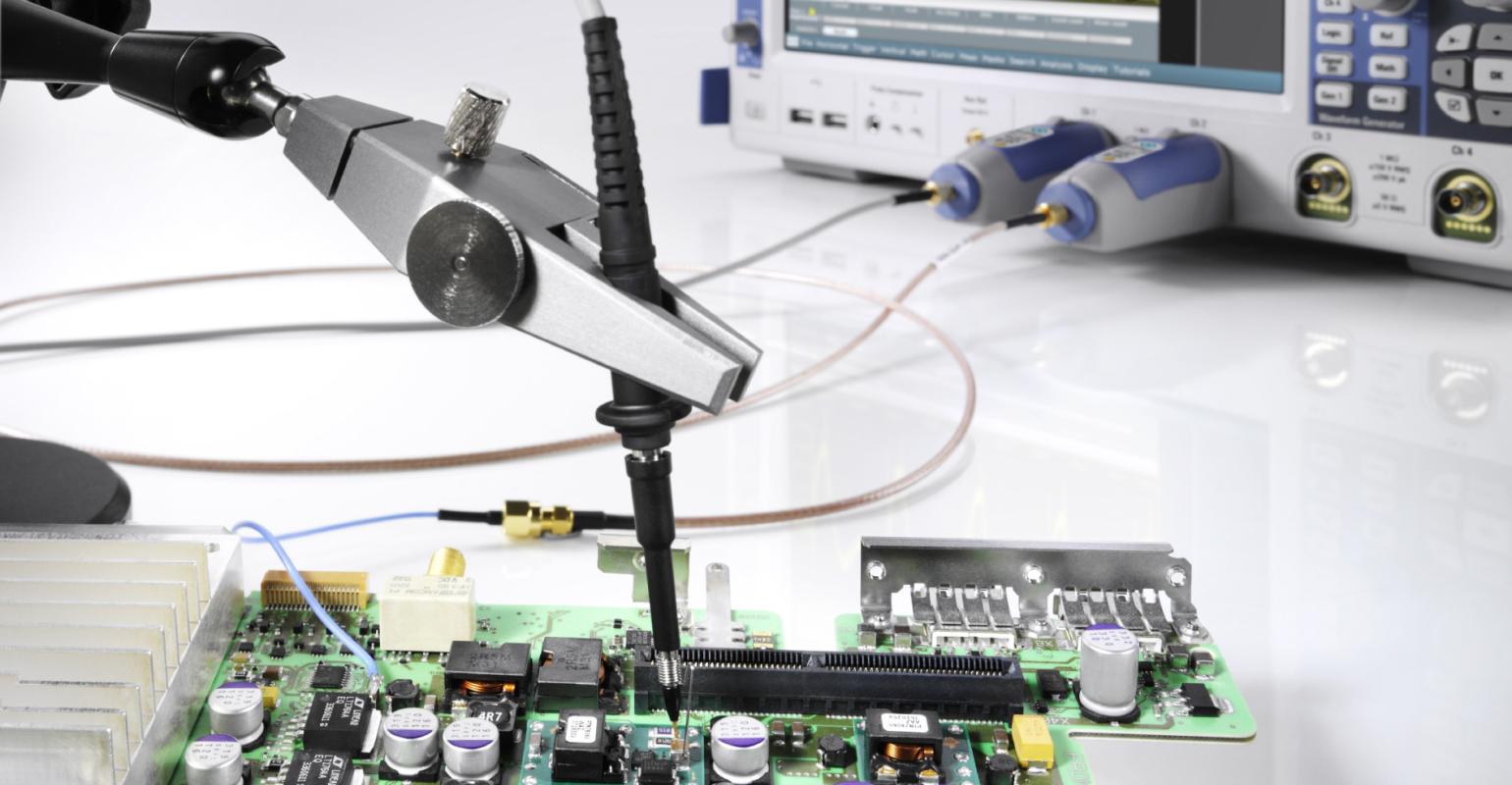 Test and measurement of cell phones and tablet computers may soon be simpler, thanks to a new power rail probe that’s scheduled to be introduced at next week’s DesignCon 2017 show and conference.

Known as the RT-ZPR20, the new probe addresses the growing difficulty of making measurements on the high-bandwidth, low-voltage circuits that are common to many handheld electronic products. “It addresses the (measurement) issues by providing low noise, high bandwidth and, at the same time, a very low loading on the source you’re measuring,” Mike Schnecker, business development manager for Rohde & Schwarz GmbH & Co., told Design News. “So putting this probe on the circuit doesn’t disturb what you’re trying to measure.”

The probe, available as a handheld or as a solder-in-type device, addresses the electronics industry’s growing dilemma of low-level noise on high-efficiency, high-bandwidth products. In the past, noise wasn’t a big issue, largely because power supply voltages were higher and noise represented only a small portion of the overall measurement. But in high-bandwidth, low-voltage circuits, noise is becoming more significant compared to the voltage, Schnecker said.

“If you have a 1V power supply with a couple hundred millivolts (mV) riding on it, that’s a lot of noise,” he told us. “It can lead to failures of logic and things not working properly, or working intermittently.”

The RT-ZPR20 addresses the challenge of making measurements at very low voltages. “With this probe, about 120 microvolts (µV) of noise shows up on the scope screen,” Schnecker said. “That allows us to measure millivolt-level ripples very accurately.”

Up to now, few, if any, commercially-available-probes have allowed for such measurements on low-voltage, high-bandwidth circuits, Schnecker said. “A lot of power integrity engineers have used seat-of-the-pants solutions because there wasn’t much out there to solve the problem,” he added.

Rohde & Schwarz will demonstrate the technology during a conference session on power integrity at the DesignCon show on Wednesday, February 1.