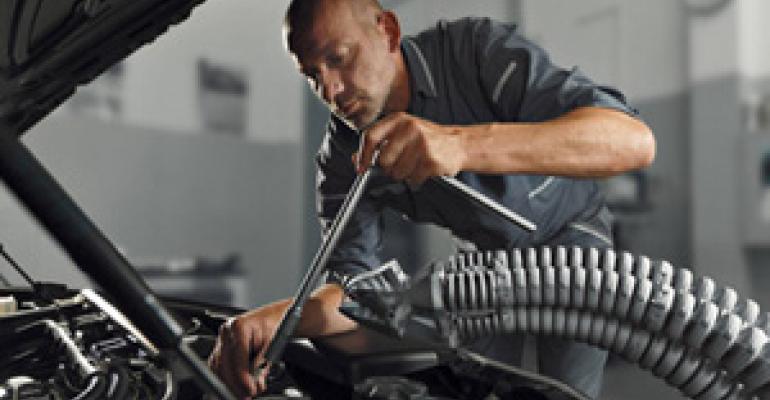 Additive manufacturing is used to build a robotic arm that mimics the trunk of an elephant.

A research team from Festo, a control and automation specialist, and the Fraunhofer research institute received a German technology award for development of the Bionic Handling Assistant, which operates with compressed air and includes a three-finger gripper.

There are potential applications for the innovation in manufacturing, healthcare and agriculture.

"The Bionic Handling Assistant turns our vision into reality, for the first time enabling humans and machines to cooperate in complete safety," says Peter Post, head of research at Festo, which is based in Esslingen, Germany. "The main innovation lies in the system's unique human-machine cooperation; in the event of a collision with a human, the Assistant's trunk gently moves aside without causing any harm."

The plastic components of the trunk include circularly-arranged pneumatic actuators.

Free movment
Markus Fischer, head of corporate design at Festo, says, "We were originally fascinated by the structure of the elephant's trunk-it has over 40,000 individual muscle fibers and moves freely in all directions. This inspired us to mimic nature, by developing a handling system which goes far beyond anything currently available in industrial automation."

Festo enlisted the support of Andrzej Grzesiak of the Fraunhofer Institute to drive the project.

Festo is a major innovator in additive manufacturing technology, which can replicate details of many structures found in nature. A laser driven by a CAD file builds structures in tiny layers. It allows freedom of design and production not possible with plastic parts made from molds.