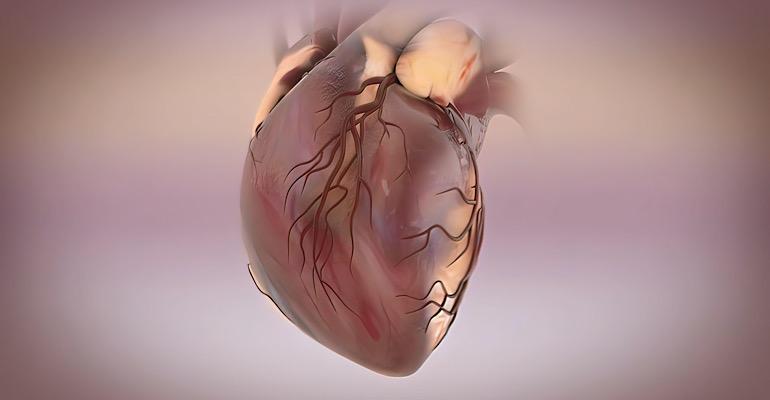 There were a lot of ups and downs for the industry in 2022. Here’s what happened.

The year was filled with ups and downs in cardiac devices, with recall notices, potential safety concerns mixed with advancements in digital monitoring, and pediatric devices.

Early in the year, in February, Abbott Laboratories made strides in how pulmonary arterial pressure is monitored and managed in patients with heart failure, followed by FDA approval for an expanded indication of its CardioMems HF System, allowing Abbott to treat 1.2 million more patients with HF. Using a minimally invasive technique, the sensor is situated in the pulmonary artery.

The new indication was based on the company’s GUIDE-HF trial that targeted NYHA Class II patients, or mild HF. In the study, 3,600 patients in 118 North American centers received the CardioMems sensor, with control patients not receiving monitoring. Based on the study, Class II HF and patients with increased natriuretic peptide levels had improved outcomes with the addition of pulmonary pressure-monitored treatment. Results found 34% and 25% reduction in heart failure hospitalizations, emergency visits, and death.

March brought news of board member Kevin King’s retirement from iRhythm Technologies a month later. King became part of the board in 2012 as well as serving as the company’s president and CEO through early 2022. Mike Coyle then stepped in as interim president and CEO in 2022, and Quentin Blackford took the helm in October 2022.

Also in March, GE Healthcare entered a collaboration with AliveCor, an ECG monitoring company, expanding the former’s digital footprint. Through the partnership, GE’s MUSE Cardiac Management System would gain the portable six-lead ECG monitoring device, AliveCor’s KardiaMobile 6L ECG. The ECG data, which monitors for a range of conditions such as AFib, bradycardia, tachycardia, sinus rhythm with supraventricular ectopy, sinus rhythm with premature ventricular contractions, and sinus rhythm with wide QRS, would be available to physicians through MUSE and are added to the patient’s EMR.

July brought FDA clearance for digital healthcare solutions firm, iRhythm Technologies’ ZEUS (Zio ECG Utilization Software) System for the Zio Watch, a noninvasive continuous monitor for atrial fibrillation (AFib). Powered with AI and learning from its bank of ECG data, the watch uses continuous photoplethysmography (PPG) to detect AFib as well as monitor the disease over time, sending a report to the patient’s physician. The device was built through a partnership with alphabet precision company, Verily.

According to a study, sensitivity for intervals and specificity for the device’s AFib Context Engine (ACE) algorithm achieved 93.6% and 99.1% respectively. The device was also accurate compared to a reference system. The prescription device is planned to reach the market in 2023.

In September, Boston Scientific Corporation won FDA approval for expanded labeling of its WATCHMAN FLX Left Atrial Appendage Closure (LAAC) device for patients with non-valvular AF. Expanded labeling for use now includes a choice for 45-day dual anti-platelet therapy (DAPT) instead of a 45-day oral anticoagulation (OAC) therapy with aspirin. With the new instructions, cardiologists will have more choices in clinical therapies.

The labeling update was backed by an analysis of 8,300 patients from the Left Atrial Appendage Occlusion (LAAO) Registry, which is part of the American College of Cardiology Foundation’s (ACCF) National Cardiovascular Data Registry (NCDR).

WATCHMAN FLX also demonstrated similar rates of major adverse events whether patients were discharged on direct OAC and aspirin, warfarin and aspirin, or DAPT. The analysis was based on 17,000 patients from the NCDR-LAAO registry.

In September, Abbott Laboratories made much-needed additions to the pediatric cardiology device space with CE mark for its Masters HP 15mm rotatable mechanical heart valve and Amplatzer Piccolo Occluder. Masters offers the smallest mechanical heart valve available and can be used to replace aortic or mitral valves in babies and toddlers. Amplatzer Piccolo, a first-of-its-kind device, can be used in babies who weigh less than 1 kilogram and who require treatment for patent ductus arteriosus. The device, which can be placed minimally invasively, received FDA approval in 2022.

In the latter half of the year, two actions by FDA impacted major players in the cardiac device space. At midyear, Medtronic received FDA’s most serious recall action, a Class I recall, of its HeartWare Ventricular Assist Device, a device that had been pulled from the market the year prior. The action was due to an explanted pump inspection process that found moisture had seeped into the center post of pumps, leading the device’s internal magnets to lose magnetization and to corrosion. The issue could potentially cause patients to experience symptoms like pump thrombosis, and could result in device malfunction, injury, death, or surgery to replace the device.

At the time of the recall, Abbott Laboratories shared that the company could support the demand for ventricular support devices with its HeartMate 3.

As part of the action, 1,614 devices were to be recalled. FDA also received complaints regarding the device in which two patients reported injury and one death.  Medtronic acquired HeartWare in 2016 for a cost of $1.1 billion in response to St. Jude’s acquisition of Thoratec, which is the primary competitor of HeartWare. Abbott Laboratories later combined with St. Jude.

In September, FDA alerted healthcare providers to a potential risk with Abbott Laboratories’ MitraClip Clip Delivery Systems for clip lock malfunction. The device is used for mitral regurgitation treatment, and the malfunction (seen 1.3% of MitraClip procedures) was reported in all device models. Reported risks were infective treatment, the need for further intervention which could increase risk for issues such as longer procedures, bleeding, or the use of extra clips. FDA concluded that the benefits of the device outweighs the risk, however, providers are urged to review the information for best procedure use, and to decide based on each case, as well as to report any issues.