Would it be Audacious to Weave Plant Threads in Wearable Fashions? 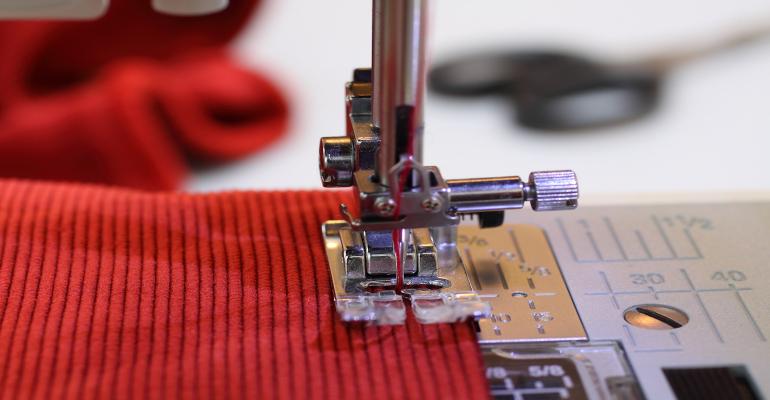 Researchers have developed a new conductive plant thread from a natural and plentiful material found in plants that they said paves the way for more sustainable electronic textiles.

A team of researchers at the Chalmers University of Technology in Sweden, worked with cellulose to create the thread, which can be used to replace the often toxic and difficult-to-source material used in current wearable electronic devices, said Sozan Darabi, a doctoral student at the Department of Chemistry and Chemical Engineering at Chalmers and the Wallenberg Wood Science Center.

Related: Cellulose-Based Biomaterial Is Stronger than Steel and Spider Silk

Cellulose is the main structure in plant cell walls and Earth’s most abundant natural material, so it’s easy to extract and recycle, making it perhaps one of the most sustainable materials on the planet for new applications.

Indeed, scientists in recent years have begun to see the benefits of using cellulose in new ways, such as to develop a multi-use biomaterial stronger than steel and to create a sponge that can remove pollution from water.

Darabi has been working with Anja Lund, a researcher in the same group, to develop electrically conductive fibers for electronic textiles for several years. The researchers’ focus was previously on silk, but now have turned to the use of cellulose—specifically a fiber from the Ion cell type, developed by a Finnish group led by Chalmers professor Herbert Sixta--in their quest to create material suitable for electronics.

Researchers fabricated the thread conductive by dyeing it with an electrically conductive polymeric material. Specifically, the team used a “layer-on-layer” coating process with an ink based on a biocompatible polymer called polyelectrolyte complex poly(3,4-ethylenedioxythiophene):poly(styrene sulfonate), or PEDOT: PSS for short.

The thread measured a record-high conductivity for thread made from this material in terms of its relation to volume--36 Siemens per centimeter (S/cm), which researchers discovered can be increased to 181 S/cm by adding silver nanowires, they said.

To fabricate a thermoelectric textile, researchers sewed the electrically conductive cellulose threads they developed into a fabric that they demonstrated could produce a small amount of electricity when it is heated on one side, such as from being exposed to someone’s body heat—typically 98.6 degrees Fahrenheit or 37 degrees Celsius. Moreover, the material can retain its conductivity even after several washes, researchers said.

The team published a paper on the work in the journal ASC Applied Materials & Interfaces.

Because the material is not only sustainable but derived from a natural biomaterial, there are a number of options for new applications. The healthcare realm is an important space, where it would be beneficial to use non-toxic materials to create wearable electronics that can regulate, monitor, and measure various health metrics, researchers said.

The material also has implications for the larger textile industry, which is seeking ways to return to the use of natural materials over synthetics given environmental concerns in both manufacturing and waste.

“This cellulose thread could lead to garments with built-in electronic, smart functions, made from non-toxic, renewable, and natural materials,” Darabi said in a press statement.