Cellulose-Based Biomaterial Is Stronger than Steel and Spider Silk 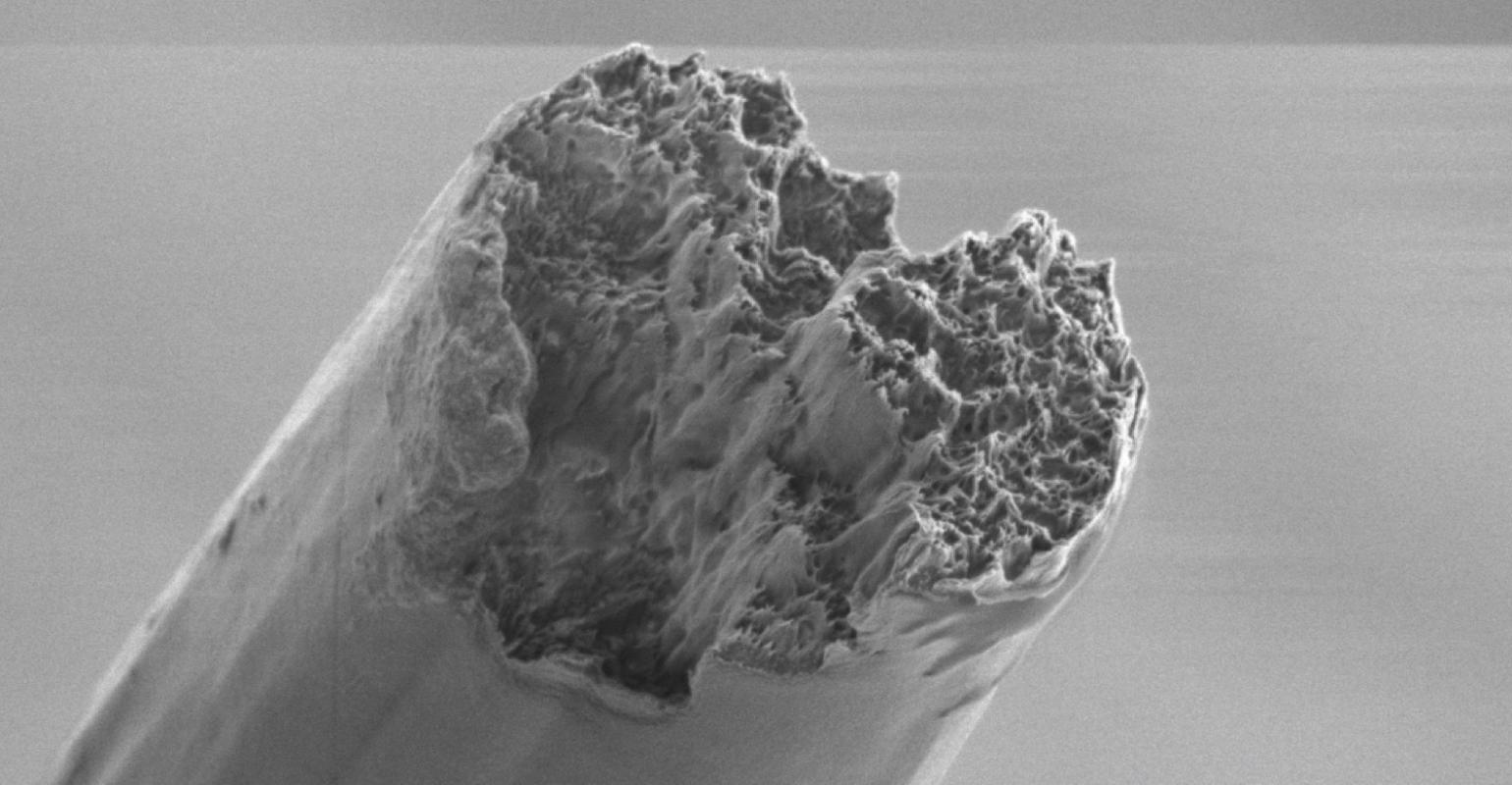 These biodegradable cellulose nanofibers could offer an eco-friendly alternative to plastic in airplanes, cars, furniture, and other products.

Researchers are constantly trying to develop new biomaterials that have the same or even better properties than comparable synthetics. A team in Sweden has made a significant advancement to this end with the invention of what they say is the strongest biomaterial ever developed.

The researchers, who hail from KTH Royal Institute of Technology in Stockholm, developed the material, which comprises biodegradable cellulose nanofibers. The fibers are stronger than steel and even dragline spider silk—the latter of which has long been considered the strongest biomaterial.

Led by Daniel Söderberg, the team used a novel production method to transfer the mechanical properties of these nanofibers—the building blocks of wood and other plant life—to a macroscopic, lightweight material. Researchers are eying their creation as an eco-friendly alternative to plastic in airplanes, cars, furniture, and other products.

“Our new material even has potential for biomedicine since cellulose is not rejected by your body,” added Söderberg, a researcher at KTH said in a press release.

The research team developed the ultra-strong material using commercially available cellulose nanofibers 2 to 5 nanometers in diameter and up to 700 nanometers long. They suspended the fibers in water and fed them into a small channel that was milled in steel and measured 1 millimeter wide.

Through a process called hydrodynamic focusing, researchers flushed the channel with de-ionized water and water with a low pH-value through two pairs of perpendicular inflows. This squeezed the stream of nanofibers together, helping to align them in the right direction. The technique also promoted their self-organization into a well-packed macroscopic thread, researchers explained in the press release. In this way, it’s the supramolecular forces between the nanofibers—not glue or some other adhesive—that hold the material into this tight thread.

The process was optimized using X-rays from the PETRA III machine at the Deutsches Elektronen-Synchrotron (DESY), a Helmholtz Association research center in Germany, said Stephan Roth, a researcher at DESY. “The X-rays allow us to analyze the detailed structure of the thread as it forms as well as the material structure and hierarchical order in the super-strong fibers,” he said. “We made threads up to 15 micrometers thick and several meters in length,” he added.

In strength tests, the material showed a tensile stiffness of 86 gigapascals (GPa) and a tensile strength of 1.57 GPa, Söderberg said. This means the fibers are eight times stiffer and show strength higher than natural dragline spider-silk fibers. “If you are looking for a bio-based material, there is nothing quite like it,” he indicated. “It is also stronger than steel and any other metal or alloy as well as glass fibers and most other synthetic materials."

The nanocellulose fibers can be woven into a fabric to create material—the cost of which should be on par with the production costs of available strong synthetic fabrics—for various applications, DES’s Roth said. “The new material can in principle be used to create bio-degradable components,” he said.

The work also paves the way for developing nanofiber material that can be used for larger structures while retaining the nanofibers’ tensile strength and ability to withstand mechanical load, researchers said. This is due to their development of a method that mimics nature’s ability to accumulate cellulose nanofibers into almost perfect macroscale arrangements, such as what are found in wood, Söderberg said.

“We can now transform the super performance from the nanoscale to the macroscale,” he explained. “This discovery is made possible by understanding and controlling the key fundamental parameters essential for perfect nanostructuring, such as particle size, interactions, alignment, diffusion, network formation, and assembly.”