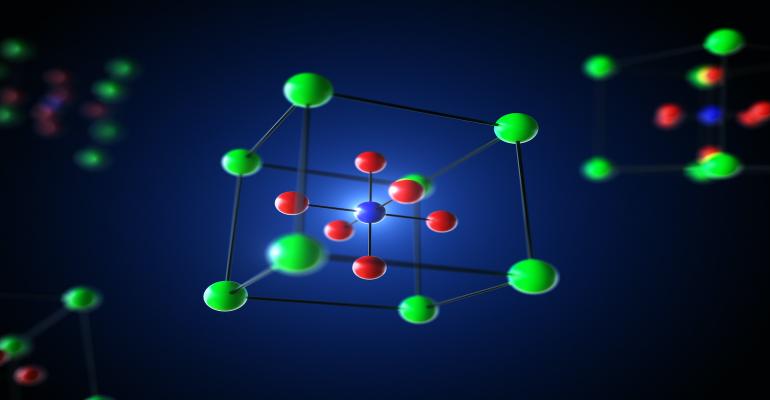 One of the goals for compact next-generation electronics is their ability to be self-powered, something researchers have been exploring in various ways through energy-harvesting devices and other means.

As part of this trend, researchers at RMIT University in Australia have developed a new type of ultra-efficient, nano-thin material they said is significantly more efficient than comparable materials for converting mechanical pressure into electrical energy.

This type of material, called piezoelectric, already has shown promise in powering sensors and other low-voltage electronic devices by allowing them to create their own source of energy.

The nanomaterial developed by the RMIT team extends this promise further and for even smaller form factors and novel applications with a number of benefits over current piezoelectrics, said Nasir Mahmood, a vice-chancellor’s research fellow in the School of Engineering at RMIT.

“It’s so efficient that all you need is a single 1.1-nanometer layer of our material to produce all the energy required for a fully self-powering nanodevice,” he said in a press statement.

The material is 100,000 times thinner than a human hair and 800% more efficient than other piezoelectrics based on similar non-toxic materials, Masood said. Further, it is based on non-toxic zinc oxide, which is also lightweight and compatible with silicon, making it easy to integrate into current electronics.

“Until now, the best performing nano-thin piezoelectrics have been based on lead, a toxic material that is not suitable for biomedical use,” he said.

The material also can be easily fabricated through a cost-effective and commercially scalable printing method, giving it economic and even further environmental benefits as well, Masood said.

That fabrication technique is a liquid-metal printing approach that first heats the zinc oxide until it becomes liquid. The liquid metal is exposed to oxygen, which forms a non-thin layer on top that researchers compared to the skin that forms on heated milk.

Researchers then roll the metal over a surface to print off nano-thin sheets of this “skin” in a method that can produce large-scale sheets of the material and is compatible with any manufacturing process, including roll-to-roll (R2R) processing; researchers noted.

Researchers published a paper on their work in the journal Materials Today.

Potential biomedical applications for the nanomaterial include biosensors that can be used internally as well as self-powering biotechnologies, such as pacemakers powered by a person’s own heartbeat, they said.

The piezoelectric material also is used to create smart oscillation sensors that can detect faults in infrastructure such as buildings and bridges, especially in regions with high levels of seismic activity.

Novel fitness clothing and accessories, such as smart running shoes for charging mobile phones and smart footpaths that harness energy from the footfalls of people running and walking on them, also can be developed using the material, researchers said.

The team is continuing to work on the technology by integrating it in ultrasonic detectors for use in defense and infrastructure monitoring, as well as investigating the development of nanogenerators for harvesting mechanical energy, Masood said.