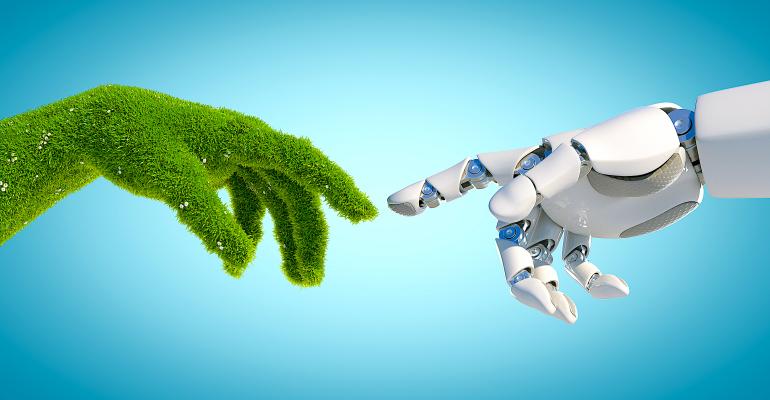 Researchers peer under the hood of the unique performance of silicon and gallium nitride in artificial-photosynthesis devices to promote the commercial viability of clean-energy hydrogen sources.

Researchers have improved upon an artificial photosynthesis technology they previously developed with the discovery of a new aspect of the material of which it’s comprised that potentially can advance the commercialization of hydrogen fuel cells.

Scientists at the University of Michigan three years ago developed an artificial photosynthesis device made of silicon and gallium nitride (Si/GaN) that uses sunlight to create carbon-free hydrogen for fuel cells.

Now, the team has collaborated with the Department of Energy’s Lawrence Berkeley National Laboratory (Berkeley Lab) and Lawrence Livermore National Laboratory (LLNL) to discover a self-improving property in Si/GaN that enhances the material’s efficiency and stability to convert light and water into carbon-free hydrogen.

Calling the discovery “a game changer,” Francesa Toma, a staff scientist in the Chemical Sciences Division at the Department of Energy’s Lawrence Berkeley National Laboratory, said the property is actually contrary to how materials in solar-based fuel systems typically work, which is to degrade and lose stability and efficiency.

This stunned the scientists when they discovered the behavior of the material, she said. “We discovered an unusual property in Si/GaN that somehow enables it to become more efficient and stable,” Toma explained in a press statement. “I’ve never seen such stability.” 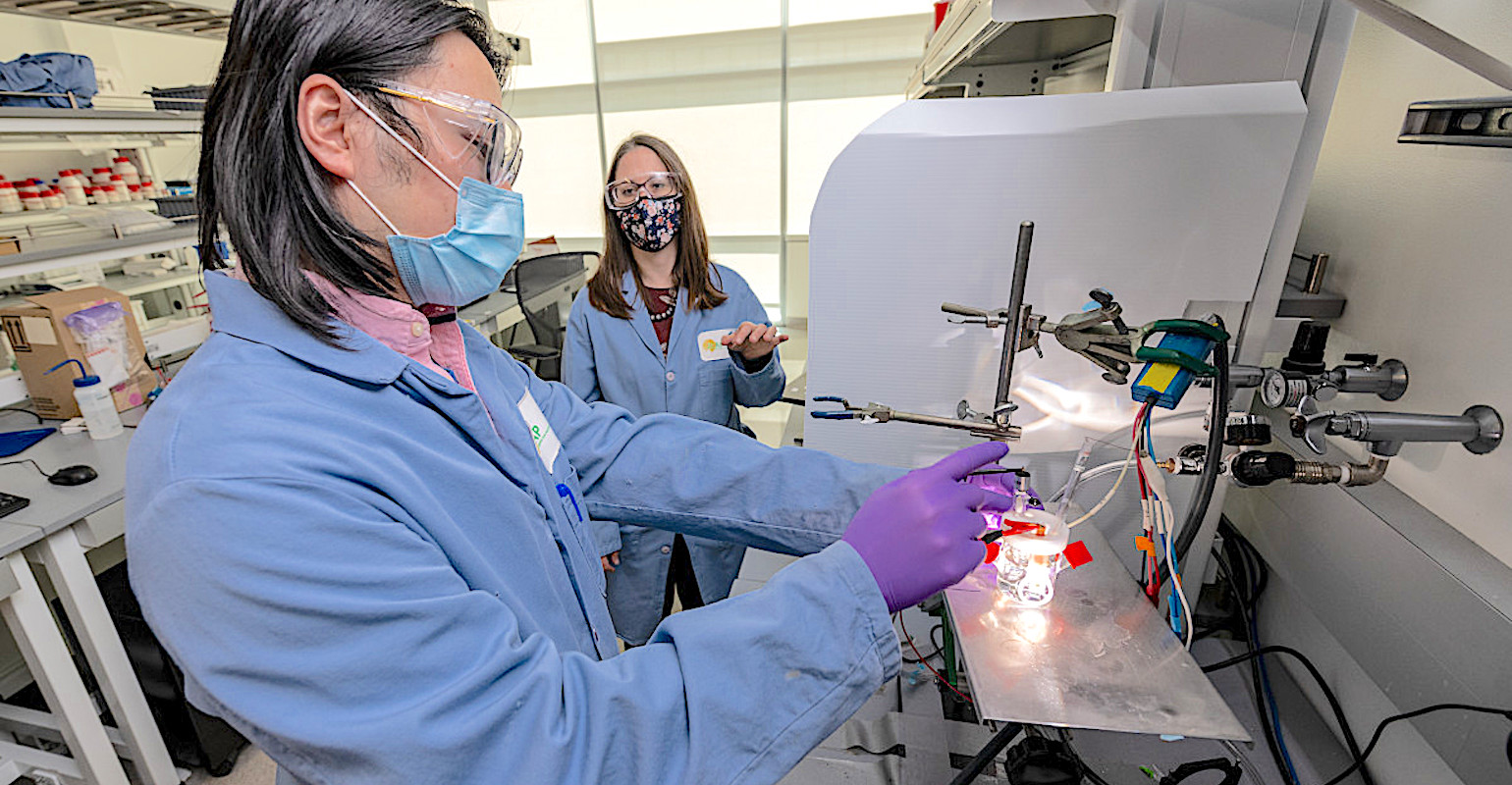 Guosong Zeng (left), a postdoctoral scholar, and Francesca Toma, a staff scientist, both in Berkeley Lab’s Chemical Sciences Division, test an artificial photosynthesis device made of gallium nitride. Toma and Zeng discovered that the device, rather than degrading over time, improves with use.

Delivering on the Promise

Fuel cells long have been considered a solution to the environmental impact of fossil fuels; however, they so far have not lived up to their promise to provide clean energy for applications for which petroleum-based fuels are still seen as the best option.

Perhaps that’s because previous artificial photosynthesis materials have either been excellent light absorbers that lack durability, or they are comprised of materials that lack light-absorption efficiency, researchers suggested.

Now scientists hope their discovery can be the advancement fuel cells need for more commercial viability. Both silicon and gallium nitride are abundant and cheap materials that are widely used as semiconductors in everyday electronics such as LEDs (light-emitting diodes) and solar cells.

This combined with their tendency to behave so well for artificial photosynthesis—achieving a 3 percent solar-to-hydrogen efficiency in the University of Michigan device developed three years ago-- could be the right combination of qualities to promote more widespread adoption of fuel cells, researchers noted.

To make the groundbreaking discovery, researchers leveraged advanced microscopy techniques to explore the nanoscale—or billionths of a meter—properties of the materials through HydroGEN, a five-national lab consortium supported by the DOE’s Hydrogen and Fuel Cell Technologies Office, and led by the National Renewable Energy Laboratory

Toma and Guosong Zeng, a postdoctoral scholar in Berkeley Lab’s Chemical Sciences Division, suspected that GaN might be the reason for the device’s unusual potential for hydrogen production efficiency and stability.

To find out if this theory was true was true, Zeng carried out a photoconductive atomic force microscopy experiment to test the material. Specifically, researchers observed how the material’s photocathodes converted absorbed photons into electrons and then recruited those electrons to split water into hydrogen. This reaction typically happens before the material starts to degrade and becomes less stable and efficient.

While researchers expected to see this degradation after a few hours, what they observed surprised them, Zeng said. The material’s photocurrent instead experienced two to three orders of magnitude improvement coming from tiny facets along the “sidewall” of the GaN grain. Moreover, the material had increased its efficiency over time, though the overall surface of the material didn’t change that much, he said.

“In other words, instead of getting worse, the material got better,” Zeng said in a press statement.

Researchers then turned to other technologies—including scanning transmission electron microscopy (STEM) technology at the National Center for Electron Microscopy in Berkeley Lab’s Molecular Foundry, as well as angle-dependent X-ray photon spectroscopy (XPS)—to further explore the behavior of the material.

What they discovered is that a 1-nanometer layer mixed with gallium, nitrogen, and oxygen – or gallium oxynitride – had formed along some of the sidewalls in a chemical reaction that added “active catalytic sites for hydrogen production reactions,” Toma said in a press statement.

They hope that their findings and approach to the discovery of the material’s behavior will be used by the industry, in general, to improve renewable hydrogen-production technologies and promote fuel cells for viable commercial use, researchers said.

Specifically, Toma said that she and her team would like to test the Si/GaN photocathode in a water-splitting photoelectrochemical cell. Zeng, meanwhile, plans to experiment with similar materials to get a better understanding of how nitrides contribute to stability in artificial photosynthesis devices—performance that researchers previously didn’t think would be possible.