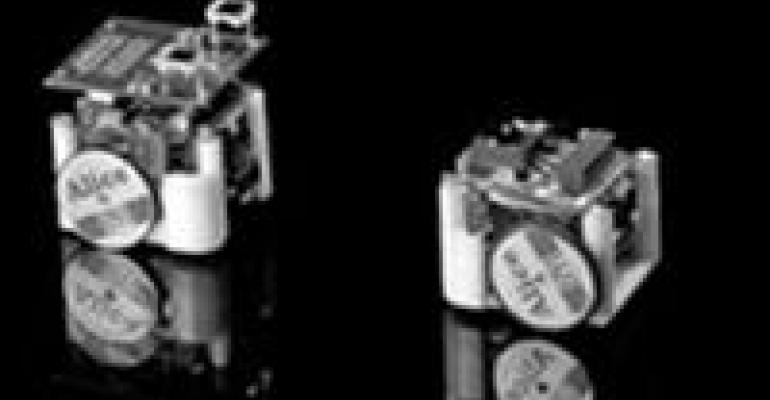 To navigate networks of paths, robotic ants follow trails of light instead of pheromones, and they maintain their individual orientations. Data on how these robots navigate via swarm behavior, along with the design of their trail networks, may help make human transportation networks (such as those used inside a factory) more efficient.

The robots, developed by a joint US-French research team, behave like insects but don't look like them. The researchers from the New Jersey Institute of Technology and the Research Center on Animal Cognition in Toulouse, France, built the robots to mimic a real ant colony as its members navigate a network of intersecting paths that connect food and other resources with their nests. 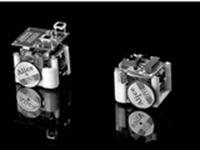 Each robotic ant is a cube measuring about 20mm per side. The robots are equipped with tiny wheels and run on two watch motors. They also have photoreceptors, infrared sensors, and transmitters to detect the starting area and target destination areas and for detecting obstacles. They were purposely designed to determine whether ants' behavior could be reproduced using a minimum amount of perceptual and cognitive abilities as they established their routes.

According to a PLOS Computational Biology article about the research team's work, the ants have been programmed to avoid obstacles, follow light trails, and move according to a "correlated random walk," a typical form of insect locomotion that is random but persists in a specific direction.

The challenge is to maintain orientation toward both the nest and the locations of resources. Real ants must do this inside trails that may stretch 250 meters (273.4 yards) away from their nest. To maintain their orientation, they use a combination of information types, such as sun position or landmarks in the environment. Some ants gather data from the structure of the trails they have built. The angles between branching trails are designed so that an ant going out to search for food and an ant returning to the nest encounter trail intersections with a different series of angles. Ants tend to pick the branch that will keep them going the closest to their original direction.

The article tells us:

An ant exiting the nest and moving toward the periphery of the network generally faces symmetrical bifurcations, i.e. the two trails that follow a bifurcation deviate by approximately 30 degrees from the original direction of the ant. Conversely, an ant coming back to its nest faces asymmetrical bifurcations: the trail heading toward the nest after a bifurcation deviates less (~30 degrees ) from the ant's original direction than the other trail (~120 degrees ) which leads away from the nest.