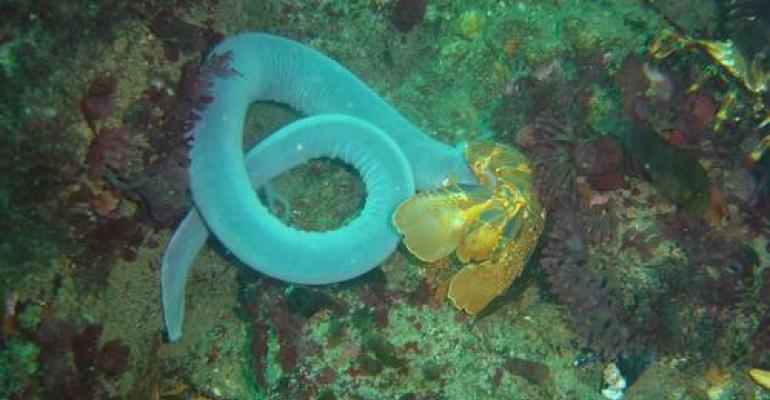 We've written before about taking inspiration and actual materials from nature to engineer newer, targeted versions for a variety of uses. Creative engineers have made a material from shrimp shells and silk, grown packaging from mushroom roots, and devised a possible body armour design inspired by the structure of a shrimp's arms.

Now researchers at the University of Guelph in Ontario have discovered that the defensive slime exuded by hagfish may be a source of high-performance protein fibers that could replace petrochemical-based polymers. Those polymers are the current source of many different materials, such as nylon and plastic fibers, and fabrics woven from them. 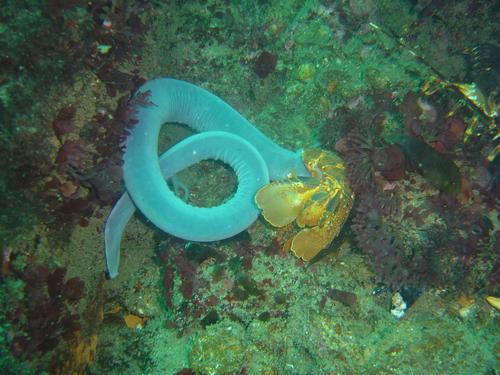 The university's Comparative Biomaterials Laboratory investigates a range of different animal-made materials, such as slimes secreted to ward off predators and large tissue-based materials like the keratinous plates of baleen whales. The lab's work with hagfish slime began as a search for renewable, protein-based, high-performance fibers that were not based on spider silk or similar materials, since, as the website states, "spinning artificial spider silk has proven far more difficult and expensive than anyone could have originally imagined. For this reason, we are employing a biomimetics approach to explore other natural fibres that could serve as more viable models for spinning high-performance renewable fibres."

One alternative is the slime threads that constitute protein fibers in hagfish slime, which share some similarities with spider silk. But these threads are constructed very differently from the process that spins liquid crystalline spider silk proteins into an insoluble fiber. Instead, hagfish slime threads self-assemble hierarchically within a cell from intermediate filament proteins. These proteins are also much smaller than those of spider silk, which would make them easier to produce quickly via bacteria, using engineered genes that make the slime.

The research is led by postdoctoral fellow Atsuko Negishi and MSc student Nicole Pinto, under the lab's director, Douglas Fudge. In a recent journal article in Biomacromolecules, the team describes its success at harvesting the fibers from the hagfish slime proteins. They accomplished this by casting thin films on the surface of electrolyte buffers using hagfish slime thread proteins solubilized in formic acid. These films were then drawn out into fibers, and the researchers measured their tensile properties. (Watch a video of a team member pulling fibers from hagfish proteins below.)

Results showed that the mechanical properties of the fibers depended on the conditions of casting, such as buffer composition and protein concentrates, as well as the processing done after spinning and before drying. Larger-diameter fibers tended to have lower stiffness and failure stress. The fibers' properties improved, and approached those of regenerated silk fibers, with a second drawing out, although they did not approach the strength of naturally drawn hagfish slime threads. An alternative wet spinning method produced only weak fibers.

Although this material has a long way to go before it can be scaled up for industrial-scale culturing by bacteria, the results so far look promising. The researchers say that the next logical step for improving fiber mechanics would be to first make suspensions of intermediate filament proteins that have already self-assembled into networks of 10nm filaments, and then make fibers and films from that material.