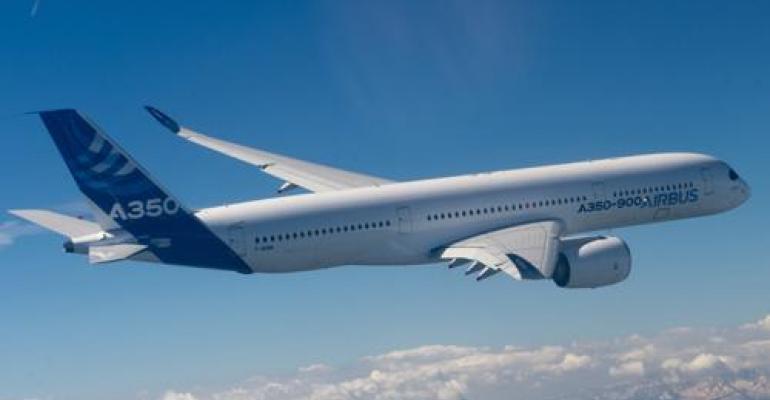 The Airbus A350 XWB, composed of more than 50 percent carbon composites, took off on its successful maiden flight last week. A precise and smooth takeoff and landing over Paris's Toulouse-Blaganc airport bookended the flight, which lasted about four hours.

A lot of ground testing went into the preparation for this event, since Airbus had previously said it expected first flight tests to occur toward the end of summer. This ground testing included powering up the MSN001 flight test version's two Rolls-Royce Trent XWB engines on June 2, which had been installed in the aircraft in March. Before that powerup, Airbus conducted final outdoor ground tests, and other tests such as flight-test-instrumentation verification. In December 2012, the aircraft maker completed indoor ground tests, including stability tests on movable elements such as ailerons, wing spoilers, elevators, and rudder, and tests to ensure extraction and retraction of landing gears. 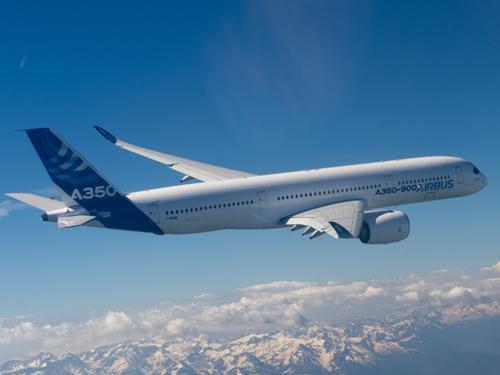 The MSN001 is the first structurally complete A350 XWB. The plane incorporates more than 53 percent carbon-fiber-reinforced composites by weight, the largest proportion of any commercial jet so far. As we've previously reported, carbon fiber composites are used in the fuselage panels and barrel, the vertical and horizontal tail plane, the wings' upper and lower covers, the wing spars and center wing box, the plane's keel beam, and the main landing gear door and bay.

Both the structural design and aerodynamics of the A350 XWB's wings are expected to contribute considerably to the plane's targeted reduction of 25 percent in fuel consumption. At 32 meters x 6 meters each, they are the biggest civil aircraft components to date to be made from carbon-fiber-reinforced composite. Composite leader Hexcel is supplying most of the plane's carbon fiber composites, both prepreg and fibers, used in its primary structures.

A key issue for planes made with substantial amounts of carbon-fiber-reinforced composites is the danger of lightning strikes. To avoid this, Airbus embedded metallic foils into the aircraft's carbon composite panels, which increases the electrical conductivity of the plane's structures and protects its harnesses with metallic conduits. This design ensures adequate protection for both systems and equipment. Airbus successfully completed electromagnetic hazard testing in April on a second flight test aircraft, the A350 XWB MSN3.

Airbus's A350 XWB is designed to combine widebody passenger comfort with twin engines, instead of the three or four engines required on other widebody jet designs. It will be made in three versions that seat between 270 and 350 passengers each. The plane is scheduled to enter service in the second half of 2014 after flight testing is completed, which will comprise about 2,500 flight hours by five A350 aircraft.

Watch a video of the first flight below. Airbus has also set up a separate website focused on the first flight event, which has more videos, a photo gallery, 360-degree cockpit views, news, and technical specifications.