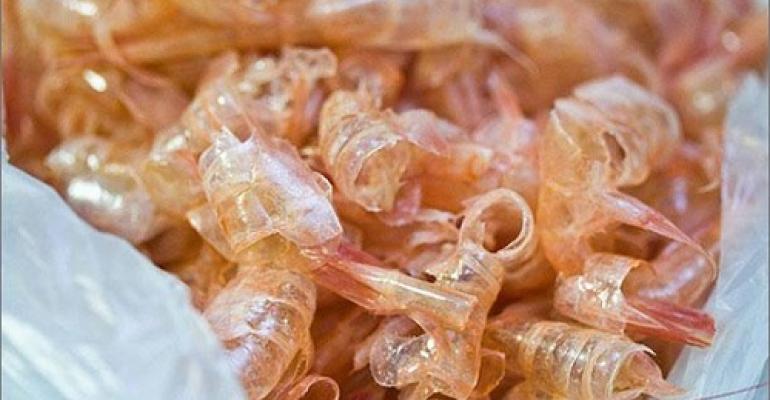 Researchers at the University of Nottingham have used chitin—an organic compound extracted from shrimp shells—to develop chitosan, a bioplastic material for plastic packaging and bags.

It’s fairly well-known in scientific circles that the shells of shrimp contain a material that’s a good basis for bioplastic. Now bioengineers in the United Kingdom are taking this knowledge to create material for biodegradable packaging as an alternative to the petroleum-based plastic bags typically used in shops and the food industry.

Researchers at the University of Nottingham have used chitin—an organic compound extracted from shrimp shells—to develop chitosan, a biopolymer nanocomposite material that is more environmentally friendly than typical oil-based materials.

Nicola Everitt, an engineering professor at the university, is leading the research in collaboration with others at Nile University in Egypt to help explore how to solve an environmental crisis in Egypt due to the pervasiveness of plastic packaging pollution, she said.

“Non-degradable plastic packaging is causing environmental and public health problems in Egypt, including contamination of water supplies that particularly affects living conditions of the poor,” she said.

Natural biopolymer products made from plant materials could offer an eco-friendlier alternative, but aren’t viable in Egypt due to a lack of available land for growing plants for this purpose, Everitt said.

Enter shrimp shells, which are a major waste product of the food industry and plentiful in the United Kingdom, as well as many other countries. There also is a precedent for the success of chitin-based bioplastic, as researchers already have developed chitosan for use in pharmaceutical packaging due to its antimicrobial, antibacterial, and biocompatible properties.

Everitt’s team developed chitosan using material extracted from the shells first by using acid to remove the calcium carbonate “backbone” of the crustacean shell and then alkali to produce the long molecular chains of which the biopolymer is comprised, she said. They then dissolved the dried chitosan flakes into solution and developed polymer film using conventional processing techniques.

Researchers plan to continue their work to develop an active polymer film that absorbs oxygen, they said, as well as to identify a viable and affordable way to manufacture degradable biopolymer materials for shopping bags and food packaging. If the work is successful, researchers aim to approach packaging manufacturers in the United Kingdom with the material, they said.

The team’s work is being sponsored by the Newton Fund as part of a series of projects designed to examine and try to solve community issues through science and innovation in countries such as Brazil, Egypt, the Philippines, and Indonesia.