HomeMaterialsNovel Alloy Will Save Money on the World's Most Expensive Fighter Jet
Recent
Materials
Will I See You at the Virtual 2022 RT-Thread IoT OS Global Tech Conference?
May 27, 2022
Novel Silk-Protein Eyed for Tendon Repair
May 27, 2022
NTT Data Powers Indy 500 Predictive Analytics
May 27, 2022
At NI Connect: More Companies Discuss Benefits of Test
May 27, 2022
POLL
Supplier News is Checking Out Programmable Automation Controllers
May 27, 2022
What's the Latest in Additive Manufacturing?
May 26, 2022
Top Gun: Maverick Roars into Theaters
May 26, 2022
New 3D Printing Technique Prints Glass for Microstructures
May 26, 2022 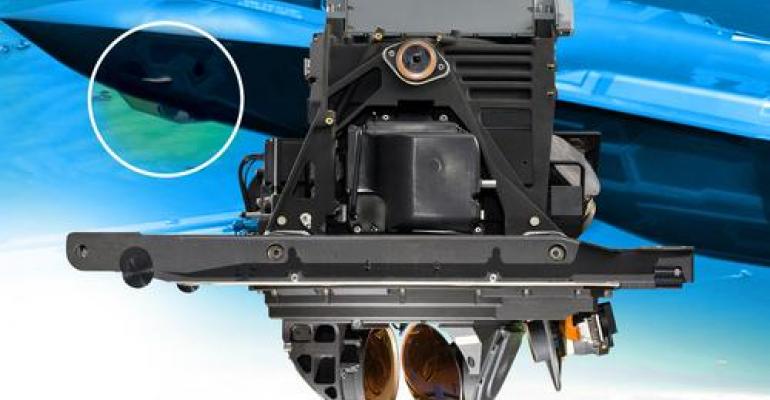 Lockheed Martin has tapped a near-net-shape castable beryllium-aluminum alloy as part of a cost-reduction program for the runaway Joint Strike Fighter plane.

The F-35 Lightning II stealth fighter is closing in on initial deployment next year with the US Marines, but this hasn’t quelled controversy around its expense. With a production cost of $400 billion and an estimated lifetime cost of $1.5 trillion, it is the most expensive conventional weapons program in history.

Builder Lockheed Martin is addressing this with the “Blueprint for Affordability” announced in 2014. The company and contractors are investing $170 million over two years on materials and processes that will reduce the flyaway cost of each aircraft by $10 million in 2019.

Among the results of this effort is a new version of an azimuth gimbal housing for an infrared electro-optical targeting system. The housing, like the former version, is made of beryllium-based aluminum alloy. The new component, however, is cast in near net shape and machined to specification. The former version was fabricated entirely by machining -- a slow and costly process. 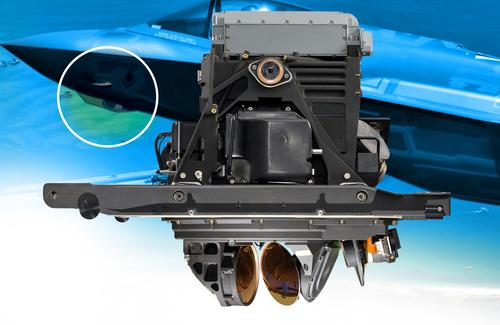 The material now in use is Beralcast from IBC Advanced Alloys Corp., which uses a proprietary casting process it acquired and optimized, said Anthony Dutton, president and CEO.

Beryllium aluminum alloy has only been available as a powder for machining. As a result, components were expensive, time-consuming to fabricate, and had high scrap rates, all of which limited use of the alloy.

The casting process, in contrast, is fast, virtually scrap-free, and more economical, according to Dutton. He declined to reveal specifics about the process, but said IBC worked for four years to improve and validate the technology for Lockheed Martin.

MORE FROM DESIGN NEWS: What's the Future of the World's Costliest Fighter Jet?

Casting beryllium aluminum alloy is difficult because it is a two-phase material, with a 627°C (1,160°F) difference in melt and solid-phase temperatures. “We figured out how to compensate for this and make beryllium aluminum a castable alloy,” Dutton said.

IBC casts the alloy melt into near-net-shape parts and sends them out for machining. A part can be cast in a day, and machining and finishing can be completed in a week -- much faster than before.

Dutton speculates that cost played a big part in Lockheed Martin changing suppliers and surmises the savings with the alloy and process could be in the range of 30 to 40% or more. “The price delta has to be significant.”

The one-piece housing is approximately 18 inches long with a 12-inch-diameter section. It has complex geometries and weighs several pounds, Dutton said.

The benefit of using beryllium alloy in aerospace is its light weight, stiffness, and vibration resistance. The material can be readily substituted for aluminum, magnesium, titanium, and metal-matrix composites.

The initial contract for the gimbals and on-time delivery this month were critical, Dutton noted. “Otherwise, it would be impossible to get another order without a success.” IBC has proven the viability of the castable material and process for aerospace, and Dutton said it can be used for automotive, medical, precision manufacturing, and other markets.

Dutton declined to reveal how many gimbals the company is providing Lockheed Martin. The housings, though, are for LRIP (low-rate initial-production) lots 7 and 8, which total 78 aircraft. Factoring in spares, IBC is likely casting around 85 housings.

Repeat orders would extend the contract to further LRIP and full-production lots, and last the lifetime of F-35 manufacturing, now anticipated to be 20 years. If so, IBC could earn $50 million from the component.