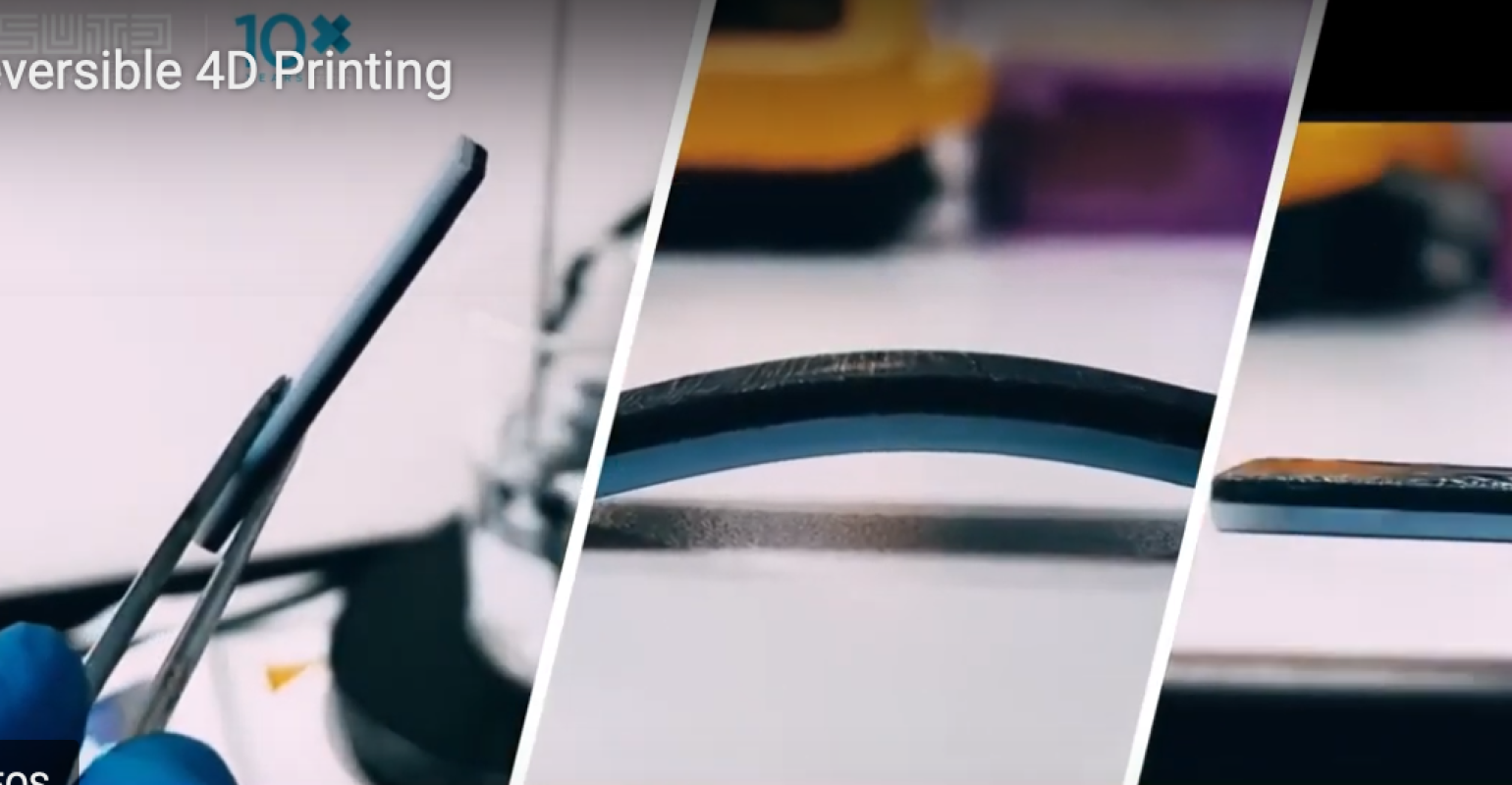 A technique developed by researchers at Singapore University of Technology and Design takes a novel approach to creating reversible 4D printing.

With 3D printing in what might be considered the early adulthood phase of its development, scientists now are turning attention to evolving 4D printing, which gives 3D-printed objects the ability to change shape autonomously.

A team at Singapore University of Technology and Design (SUTD) has gone even a step further and created a new reversible 4D printing technology. In this new process, not only can a 3D-printed object change shape either in response to heat or water, it can also revert back to its original shape without human intervention.

Researchers at SUTD collaborated with scientists Nanyang Technological University on the new process, which takes a different tack than some previously successful reversible 4D-printing techniques.

Until now, scientists typically used a hydrogel material to create a 4D-printed reversibility without the need for human intervention. In these methods, the object resumes its original shape using a hydrogel as a stimulus.

However, this technique has its limitations due to the lack of mechanical strength in this type of material. For applications that involve load bearing, a hydrogel is not an optimal choice, researchers said. Moreover, research using various layers of material as an alternative to a hydrogel allow for reversible 4D printing, but in a clunky way that is not very mechanically efficient.

Instead of using a hydrogel, the SUTD team used two materials compatible for printing in a 3D polyjet printer that demonstrated an ability to maintain their mechanical strength during and after the process—the transition material VeroWhitePlus and the elastomer TangoBlackPlus.

The team published a paper on their work in the journal Engineering.

Researchers acknowledged they have a long road ahead to make the process viable for commercial printing. However, SUTD Professor Chua Chee Kai, lead researcher on the project, said the process his team developed has potential for use in future applications when more mechanisms and more materials become available for this type of printing.

“While reversible 4D printing in itself is a great advancement, being able to use a more robust material while ensuring a more precise reversal during shape change is revolutionary, as it allows us to produce complex structures that cannot easily be achieved through conventional fabrication,” he said.