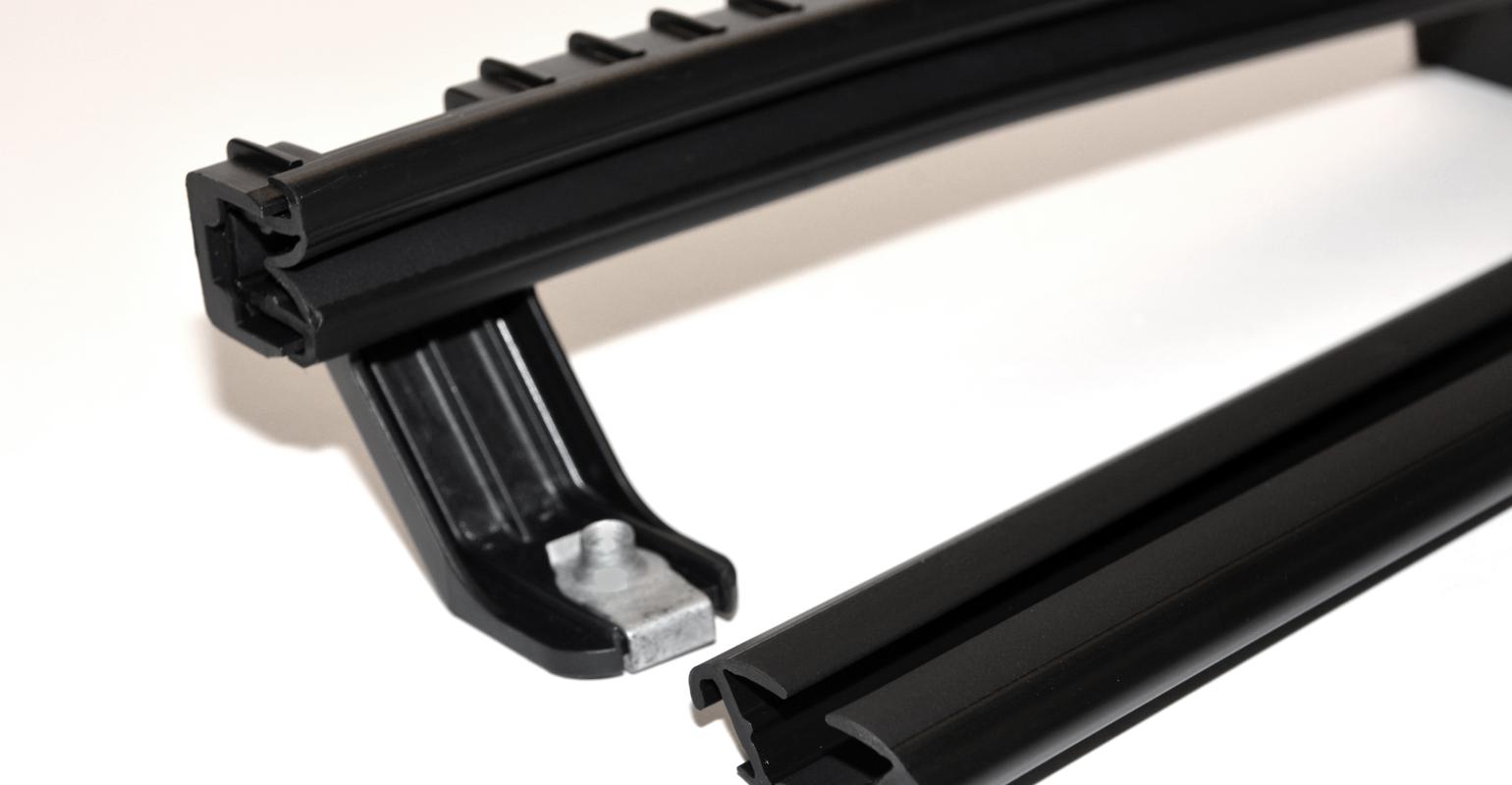 Elastomer is said to be lighter than rubber and more durable than thermoplastics.

Known as Fortrex, the material offers the potential for cutting as much as eight pounds from the mass of a typical sport utility vehicle (SUV), while featuring better compression-set characteristics than thermoplastics. “It’s not a synthetic rubber and it’s not a thermoplastic, but it works,” Chris Couch, vice president of innovation and global product line strategy for Cooper Standard, told Design News. “It gives a 30% weight reduction over rubber and it doesn’t compression-set over time.”

The material, introduced late last year, is already being employed inside the doors of the new Lincoln Continental to guide the movement of window glass. It’s also going to be used in two new, unnamed SUV programs to be introduced in 2018.

Key applications for the new technology include so-called “glass runs” and metal-to-metal sealing between vehicle doors and bodies, as well as for seals in hood-to-body interfaces.

The culmination of a four-year development program, Fortrex started out as an effort to create a lightweight sealing material with good weatherability. For more than a half-century prior to its development, vehicle engineers had typically chosen EPDM (ethyl propylene diene monomer) rubber, which exhibited desirable performance characteristics, but was heavy. More recently, some automakers switched to TPV (thermoplastic vulcanizates) as a way of reducing weight. But TPVs also had drawbacks, Couch said.

“As TPV sits in a vehicle over months and years, it degrades -- it begins to lose its original shape,” he said. “Whereas, rubber seals up very nicely, but it’s heavy. So we asked ourselves, ‘What can we make that isn’t heavy and doesn’t degrade over time?’”

Finding a solution wasn’t easy, however. Better compression-set characteristics were typically accompanied by greater density and reduced manufacturability. Cooper Standard material scientists solved those problems, however, by employing a “polymeric cross-linking” process in the elastomer’s chemistry.

“The chemistry breakthroughs got the density down and good old-fashioned mechanical engineering gave us an extrusion process that worked well,” Couch said.

The development effort appears to be paying dividends for Cooper Standard, as well as automakers. A typical SUV saves about 5.7 lbs by using Fortrex in glass runs, and two more pounds by employing it in body seals, Couch said.

The company also plans to market the material as a replacement for coolant hoses in automobiles. Today, most vehicles use EPDM for such applications, largely because EPDM holds up well in the presence of high under-hood temperatures. Couch said that Fortex could do the same, while offering a significant weight reduction of EPDM.

Ultimately, the company may also target the material at building construction applications, such as sealing of glass panels on skyscrapers and as a replacement for EPDM roofing materials.

For now, however, the biggest application is in the automotive industry. Couch said the company is talking to electric carmakers, who want to use it to reduce the wind noise that typically enters vehicles through glass runs. There, he said, it could provide noise reduction of approximately 2 dB, when compared to aging TPV.

Most important, however, is the material’s ability to reduce weight. Given the industry’s emphasis on fuel efficiency, Couch said, lightweighting has become more critical than at any time in the automobile’s history. “This product space is ripe for innovation,” he told us. “And we believe this is a game-changing lightweighting solution.”