Fasteners Get Tinier, Tougher, and Smarter 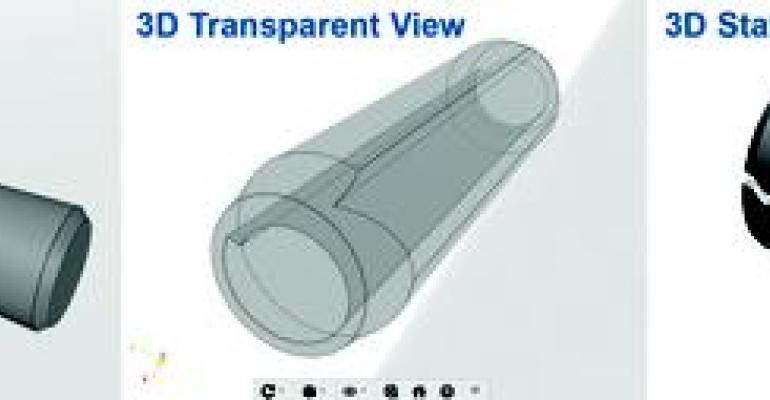 Some of the major innovative fastening designs and assembly methods have been around for decades. Yet lighter, thinner materials that must withstand higher temperatures are challenging suppliers to devise new fastening systems that are smaller, stronger, and weigh less. Shrinking mobile consumer electronics and, more recently, even tinier wearables are also posing challenges for fastener makers.

Although there are highly specialized fasteners, like those made for aircraft assembly, most of them aren't aimed at specific system types or industries, but more at the specific jobs they have to do. One big exception to that generalization is the shrinking sizes of consumer electronics -- both the system itself and how everything gets crammed together inside the machine. Recently there's been quite a lot of growth in wearable devices, including medical wearables, and thus growth in demand for micro-fasteners used in them. This has required a re-thinking of what micro-fasteners can and should do on the part of suppliers like PennEngineering. 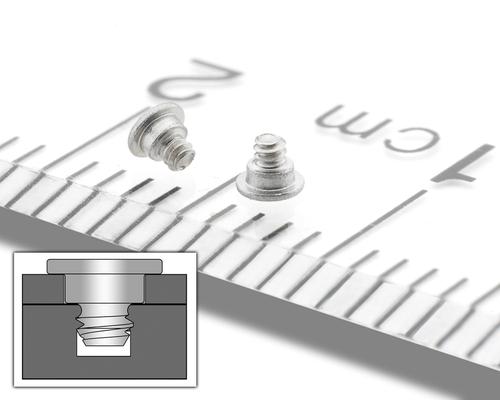 "We try to stay ahead of trends, so in the last few years we started taking apart consumer electronics products, which now are more likely to be wearables," said Jay McKenna, global business manager for the company's microPEM product line. "Sometimes we buy these products at a Best Buy, and sometimes customers come to us with their own design and ask if there's a better way to hold it together." The result of this forward-thinking reverse engineering was the development of the self-clinching microPEM product line, which now includes three major products: TackPin, TackSert, and now TackScrew.

McKenna's team noticed that the parts in these machines are held together mostly with screws. "Generally, screws are used for removability," he said. "In compact consumer electronics, though, you might find a screw threaded into a plastic part, but then the whole unit is sealed to make it waterproof. So we found that removability didn't really exist, and repairable fasteners weren't going to be needed," he said.

MORE FROM DESIGN NEWS: Aerospace Fasteners Mix It Up

The company's TackPin and TackSert fasteners can be used to replace screws, reducing the Z height, as well as reducing the fastener's diameter to allow closer spacing of components near it. The TackPin fasteners for permanently attaching sheets as thin as 0.2 mm together were developed as an alternative to micro-screws in metals for compact electronic assemblies. One European phone company customer that needed to reduce product Z height found that by using microPEM fasteners they could use a thinner material, so they moved from steel to aluminum, which also gave them savings in weight, said McKenna.

TackSert fasteners are designed for lighter-weight, non-ductile materials. Besides plastics, these also include magnesium and aluminum laptop and tablet casings. Eliminating threaded hardware in small, compact electronics will become increasingly important as electronics get smaller, such as credit card readers and SIM card ejectors, and the growing class of wearables, especially disposables, said McKenna. That's the idea behind the TackSert pin. The pins in these fasteners permanently attach two panels, or a top panel and a chassis. The top panels can be made of any material, and the base panels or chassis are either plastics like ABS or common die-cast magnesium. Installation can be done with a punch and anvil, or automatically.

The new TackScrew fasteners integrate Penn's TackPin technology with a thread-like feature that lets the fastener be removed, or even completely reinstalled one time. During product development, after removing them or reinstalling them once from a prototype, they can be replaced with the TackPin without further design changes. This can also be done with a finished product such as a wearable. One of Penn's next projects is making modifications to its TackPin fastener in order to come up with new attachment methods for smart fabrics, said McKenna.