Aluminum Catches Up to Carbon Composites 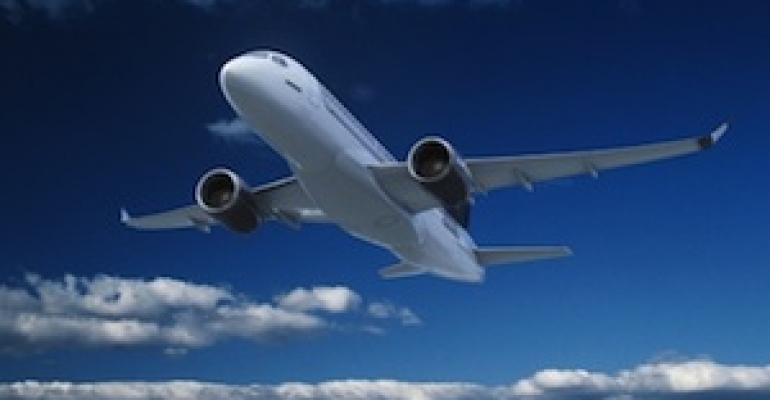 The race to carbon composites in aircraft structures is anything but a sure bet, says a top executive at Alcoa, America's leading aluminum producer.

"Industry perceptions have changed very dramatically over the last three to five years from favoring composites to being fundamentally a dead heat," says Bill Christopher, executive vice president at the Pittsburgh-based company. "To paraphrase Mark Twain, we believe that the rumors of the demise of the aluminum structure are greatly exaggerated."

He based his statements on research conducted recently by Alcoa and pointed to three recent aircraft designs as proof.

Designed for the 100- to 149-seat market category, The Bombardier C Series uses large amounts of composites like the Boeing Dreamliner and the Airbus A350. But its airframe makes intensive use of new lighter weight aluminum lithium alloys developed by Alcoa. The first flight of the Canadian aircraft is expected next year.

Another regional jet, the Chinese-built ARJ21 also has an aluminum-intensive airframe.

The initial design of the Japanese Mitsubishi Regional Jet called for composite wings but engineers shifted to aluminum "for a lot of very good reasons," says Christopher.

Officials at the OEM said that use of an aluminum wing box will allow for a shorter lead-time to make structural changes. The wings, for example, can be optimized to match the attributes of each member of the MRJ airplane family. First flight is expected next year.

"The next battle ground will be a single-aisle aircraft," says Christopher. "For shorter routes, weight reductions (from carbon composites) don't translate into as much savings." Another issue is that regional, single-aisle aircraft take off and land more frequently than large planes such as the Dreamliner and A350. They take more punishment.

Christopher says that aluminum has more damage tolerance than carbon composites. "Also, you can see damage in aluminum much easier and repair on aluminum is much easier," he adds.

One big advantage of carbon composite structures is a requirement for less frequent Inspection interval cycles. Alcoa has developed new aluminum alloys that have improved corrosion resistant and are 5 to 10 percent lighter than the alloys that were available when design decisions were made from the Dreamliner. And more gains are coming with aluminum-lithium alloys under development, advanced structural concepts and other new technologies being developed by Alcoa researchers, according to Christopher.

One new structural concept is called selective reinforcement. Aluminum-lithium sheet reinforced with glass fibers is placed in specific areas that need to be strengthened.

Christopher says that Alcoa's next-generation structural technology will be less risky and 30 percent less-expensive to manufacture, operate and repair than current generation carbon composite structures. In his opinion, aluminum will also catch up to carbon composites on passenger comfort areas such as large windows, higher humidity, and higher cabin pressure.