3D Printing Was Key to Development of the HoloLens 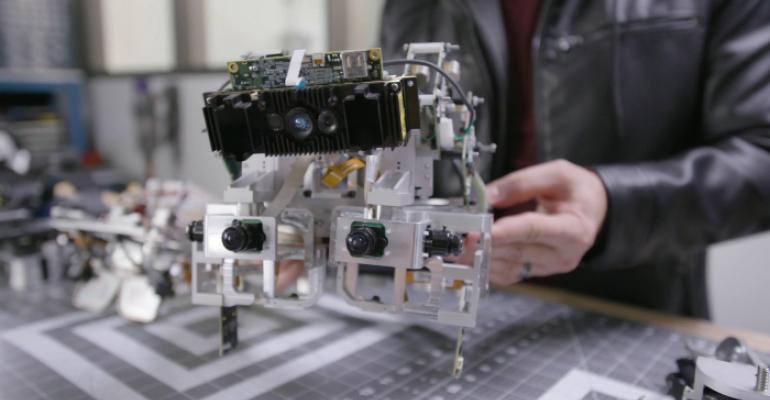 A leaked short documentary takes a look at the prototyping of the Microsoft HoloLens.

Rapid prototyping and 3D printing were an essential part of the development of the Microsoft HoloLens. First discovered by a Twitter user, @h0x0d , a short documentary has leaked online that shares some details about the design engineering behind Microsoft's augmented and mixed reality headset.

The origins and original intention of the video are not clear, perhaps it was part of an abandoned set of marketing materials. But the video shows several engineers on Microsoft's HoloLens team discussing the prototyping process behind creating a product Microsoft had never attempted before.

Key to the process was the engineering team developing an on-site prototyping lab – one built around 3D printing. The estimated 30 to 50 prototype iterations of the HoloLen were created using a combination of selective laser sintering (SLS), polyjet printing, and CNC machining. Creating the final, compact design of the HoloLens was a five-year process. Microsoft's engineers credit 3D printing technology with helping them develop a “fail fast culture” that allowed them to quickly design, print, and test iterations of the headset.

Watch the full video below. It is also available on Reddit.