Image created by MD+DI in Canva 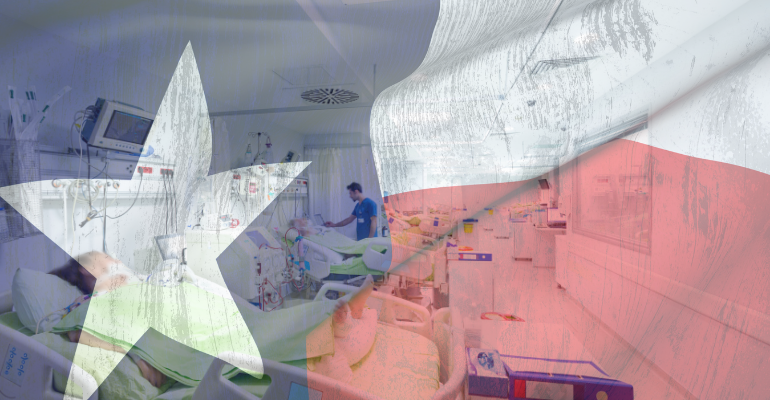 Texas hospitals have been asked to postpone elective procedures to make room for COVID-19 patients.

Texas hospitals are being urged by the state's governor to once again put elective surgery cases on hold as the state struggles with a major spike in COVID-19 hospitalizations. The news comes just as the medical device industry has begun to see procedure volumes bounce back — for some types of surgery, at least.

Governor Greg Abbott stopped short of the more restrictive approach of banning elective procedures as he did in more than 100 Texas counties last summer due to the pandemic. Abbott did, however, send a letter Monday to the Texas Hospital Association asking hospitals to voluntarily postpone elective procedures for which a delay will not result in loss of life or the deterioration of a patient's condition.

Related: 10 of the Most Controversial Deals in Medtech

The move raises questions about the potential impact it might have on the industry, as revenue is tied to procedure volumes for many medical device companies.

Mike Matson, a medtech analyst at Needham & Co., issued a research note Tuesday in which he makes a very valid point: The elective surgery shutdown that Gov. Abbott enforced in Texas in late June 2020 seemed to have little impact on the industry's earnings results for the second and third quarters of 2020.

Related: What Medtech CEOs Expect from the Second Half of the Year

The analyst also noted that any potential medtech impact will depend on how long the current halt on elective procedures lasts in Texas, and if any other states, such as Florida, follow suit.

"We think that the situation bears watching, but it is too early in our view to conclude that 3Q21 or 4Q21 estimates are at risk for companies with elective procedure exposure," Matson said.

Another important consideration, which Matson also mentioned, is that Gov. Abbott's letter focused on hospitals, and likely does not affect procedures performed in ambulatory surgery centers or physician offices.

It's the end of surgery as we know it, and that may be a good thing

As MD+DI reported last year, the COVID-19 pandemic set into motion — or accelerated — the trend of decentralizing surgery. Patients have become more open to having an outpatient elective procedure, and a lot of the procedure volume shifted from the hospital operating rooms to ambulatory surgery centers.

Stryker CEO Kevin Lobo commented on this trend last October during The Virtual MedTech Conference, hosted by AdvaMed. Lobo and other panelists weighed in on the recovery pace of procedure volumes, and offered up some predictions for what the future holds for surgery in a post-COVID world.

"There is a monumental shift that will occur over the next decade of procedures moving out of the hospital toward surgery centers," Lobo said. "This is already a movement that had started prior to the pandemic, and it's just accelerating tremendously. What's interesting about the pandemic is that patients are actually really happy [about the shift to surgery centers]."

Before COVID-19, Stryker's patients were somewhat reticent about going to a surgery center, he said.

"Now the idea of going home the same day is very appealing. They just don’t want to be in the hospital around other sick people, and a lot of the rehab can happen at home," Lobo said. "Telerehab will be big in the future."

"We've had to change our company. The center of our universe was the hospital operating room, and you cannot show up the same way to a surgery center with 22 sales reps all calling on the surgery center. They're not able to receive that," Lobo said. "I think the medtech companies that are in the hospital OR as the center of gravity have to change their approach and really have a different offense for their surgery centers. It's a big change for us."