HomeIndustrySeeking Success as a Bitcoin Miner? Ditch Your Phone and Move to Texas
Recent
Industry
Novel 3D Printing Method Used to Replenish Coral Reefs
May 16, 2022
Volkswagen’s Electric Successor to the International Scout 4x4
May 16, 2022
The Music Is Over For Apple's iPod
May 16, 2022
Q&A With IndyCar Gearbox Expert Anna Chatten
May 13, 2022
POLL
Intel Unveils Trust Authority to Boost Security
May 13, 2022
Supplier News Looks at Highly Customizable Industrial Monitors
May 12, 2022
Here Technologies Maps are Key to Mercedes Level 3 Automation
May 12, 2022
'We Built the Domino's Pizza Tracker for Manufacturing'
May 12, 2022

Seeking Success as a Bitcoin Miner? Ditch Your Phone and Move to Texas 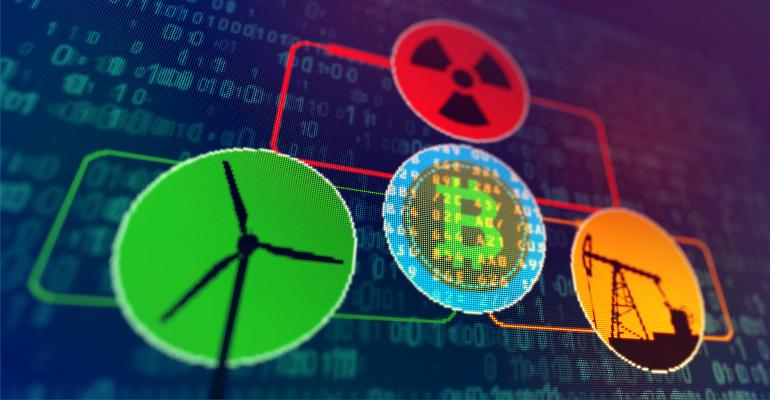 What and where works best to mine for cryptocurrencies like bitcoin may surprise you.

While smartphones do technically have enough power to mine for cryptocurrency, other miners have much more powerful computing platforms, making it useless to use a smartphone.

Related: How Much Energy is Consumed by Bitcoin Mining? The Answer Might Surprise You

To mine for cryptocurrencies like bitcoin, one needs to validate blockchain transactions by solving complicated math problems. Unfortunately, such a compute-intensive task requires GPUs or computer processors that consume a massive amount of energy.

Is it possible to pull together the resources of several smartphones together to form a mining pool or mobile mining farm? In theory, the answer is yes. However, such a pool would still have an insignificant amount of computing power than miners who used dedicated PCs and servers with custom ASIC chips.

But there is another problem. Both Google and Apple have banned the use of on-device mining on Android and iOS hardware. For example, Google's latest Developer Program Policy (effective January 20, 2021) states: "We don't allow apps that mine cryptocurrency on devices. We permit apps that remotely manage the mining of cryptocurrency."

Applications that manage cryptocurrency mining control platforms remotely, either in the cloud or to a local computer. For example, programs like MinerGate Control enable users to keep track of remote mining operations. The mining is not performed on a smartphone.

To successfully mine for cryptocurrencies, you must have the right equipment and plenty of available energy. For these reasons, China has long been home to more than half the world's bitcoin miners. But not anymore, as Chinese leaders in Beijing have recently begun to enforce a severe crackdown on bitcoin mining and trading. Why?

The official reason is that China is failing to meet its environmental climate change targets. Therefore, leaders have decided that power-intensive cryptocurrency miners are the main culprits behind its missed targets. But others suggest that China, like other countries, is worried about the illegal use of cryptocurrencies for money laundering.

Where will these miners go? It seems that a great many might migrate to Texas, which has an abundance of solar and wind power combined with an unregulated market. But the latter point is seen by many as a negative, as the unregulated market structure exacerbated recent bad weather in Texas that completely shut down its energy grid for many cities. Indeed, blackouts are still a common occurrence in some of the areas hardest hit.

Regardless, Texas's political leaders welcome cryptocurrency miners and the bitcoin business. Also, Texas has some of the world's lowest energy prices – for now. But those prices may not remain as favorable if big storms continue to shut down the energy grid in the coming years.