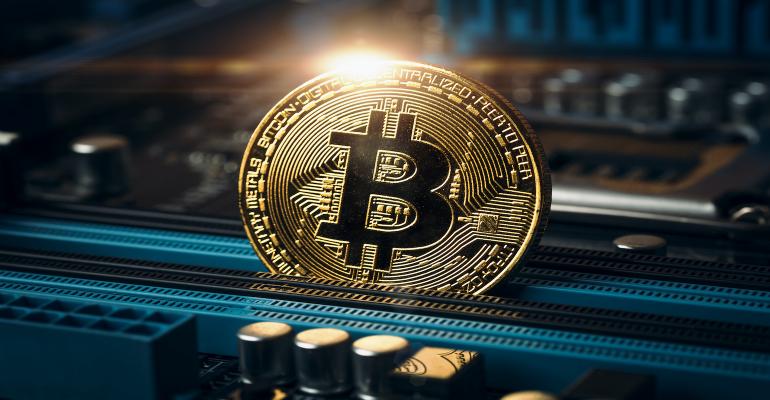 Elon Musk is making the headlines again but this time not in space. Instead, his earth-bound EV company Tesla has invested $1.5 billion in bitcoin currency. Further, the company intends to begin accepting cryptocurrency as a form of payment.

This announcement signals the growing importance of bitcoin and cryptocurrency in general. Tesla now trails only MicroStrategy as the largest corporate owner of Bitcoin. While Tesla’s $1.5B investment is huge, it represents a relatively small portion of the company’s available funds. According to Bloomberg, Tesla ended 2020 with more than $19 billion in cash on hand after having raised $12 billion in stock sales, taking advantage of the recent surge in its share price.

Related: Can High Tech and Construction Reduce Their Energy Footprint?

Tesla’s purchase has also brought renewed attention to bitcoin mining, the energy-intensive process of creating more of the digital currency. Miners use banks of dedicated and high-performance computers running specialized software to “mine” for bitcoins. This intense and time-consuming process uses vast amounts of electricity. Some estimates suggest that the power consumption related to bitcoin mining has increased more than eightfold since 2017.

Potentially harmful environmental emissions generated by power sources due to bitcoin mining depend upon how and where the power is produced. For example, coins mined where hydropower is cheap, abundant, and eco-friendly – such as in the U.S. Pacific Northwest – are more desirable in coal-heavy regions like China or India.

Another way to increase revenue from the mining of bitcoins is to improve efficiencies of the chip hardware involved in the process. Mining involves adding transaction records to Bitcoin’s public ledger called the Blockchain. It exists so that every transaction can be confirmed, and every single user of the network can access this ledger. It is also used to distinguish legitimate Bitcoin transactions from non-legitimate ones.

Thus, computing power begets money supply. Higher efficiency computing power and energy use translate to a greater share of the bitcoin currency that a miner can accumulate. The necessity of improved computing hardware and software has led to a significant increase in semiconductor ASIC chips designed specifically for the mining of bitcoin.

“Bitcoin mining is a huge business,” observes Adam Traidman, CEO of BRD, CEO of Soft Bank Investment’s (SBI’s) Ripple Asia, and CEO of SBI Mining Chip. “It's a big sector of semiconductor business that is relatively unknown in the U.S., in part because many of the mining companies are based in China, which is driving a lot of the chip manufacturing optimization.”

Every little efficiency tweak to the chip’s hardware design relates directly to how much more a bitcoin miner can make from their mining operations. Traidman explains that, if you get 0.2% better performance, you can literally calculate exactly how much more money you're going to make every minute of operation.

Returning to the issue of Elon Musk’s large investment in Bitcoin, Traidman shared this perspective:

“Recently, a lot of big companies have been investing pieces of their corporate treasury into Bitcoin. The weird part is, after the investment, several of these companies announce it. Most of the time when companies buy gold or similar commodity money, they don’t announce it. People announce Bitcoin because they want the price to go up and to show support for the cryptocurrency. In fact, it was recently written also on Bloomberg that Harvard Endowment Fund actually invested in Bitcoin several months ago. And didn't tell anyone. But there have been many companies that have announced that they've invested hundreds of millions or billions. Regardless, all of these large investments signal a strong and new floor in the price of Bitcoin, which means there could be some significant upward momentum during this year. It's extremely positive for the industry.”

The growth and maturity of cryptocurrencies such as Bitcoin, Ethereum and others, have been a boon to startup companies like BRD that provide a secure way for users to get started in the business. According to its CEO, BRD has over 7 million customers around the world who collectively have 20 billion U.S. dollars’ worth of crypto stored within their application. In effect, BRD is becoming a new type of big bank, but one that is decentralized, and user-controlled. It is a whole new world for both high tech and high finance.