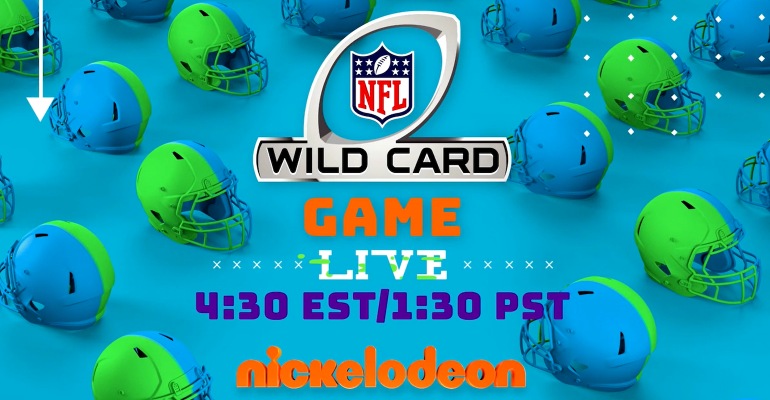 The Super Bowl might have a few more school-age fans this year thanks to an NFL collaboration with Nickelodeon.

The National Football League (NFL) first digitally inserted on-screen graphics to provide a bit of augmented reality on its broadcast of football games in 1998, with the innovation of a virtual yellow yard line on the field indicated the position needed for the offense to reach its next first down.

For this year’s playoffs, CBS Sports worked with its corporate sibling Nickelodeon to concoct a broadcast meant to appeal to, and explain the game to a younger audience. The key to this effort is the application of augmented reality. In this case, the use is more for entertainment than information, as Nickelodeon’s innovations include virtual slime cannons that appear to douse players when they score a touchdown.

Related: He’s One of Us: NFL Quarterback is a Math Major at ODU

SpongeBob, Slime, and Googly Eyes, @NFLonCBS and @Nickelodeon will present the NFL like you’ve NEVER seen it before on Wild Card Weekend.

Along the way, the broadcast team employs augmented reality to help kids understand what is happening. They highlight the last 20 yards before the end zone with literal red lines to help viewers understand the term d’art “red zone,” describing that part of the field.

“Our game plan is to make sure the NFL Wild Card Game on Nickelodeon definitely lives up to its name by infusing the telecast with Nick’s sensibility of surprise and fun at almost every turn,” said Brian Robbins, President of ViacomCBS Kids & Family Entertainment before the first such broadcast for the January 10 wild card game between the Chicago Bears and the New Orleans Saints. “We’re incredibly proud to team up with CBS Sports and the NFL to elevate the thrill of this game for kids and families to enjoy together.”

This augmented reality is built on digital know-how that started with the familiar yellow virtual first down line. As part of the pre-game preparation for this system, the network covering the game first calibrates its cameras with the field, monitoring each camera’s pan, tilt, and zoom, so that computers always know where each camera is looking.

“We build a virtual field that we lay on top of the real field in our software,” explained Eric Miller, lead technician for Sportvision told the Associated Press. "From that software, we operate within the virtual field and we lay our lines over the (image of) the real field.”

But now, instead of just a boring old yellow first-down marker, the computer will apply all manner of kid-centric cartoon graphics.

“This is a first of its kind presentation for the NFL together with Nickelodeon, and we are very excited to create a unique telecast that will maximize the co-viewing appeal for kids and families while maintaining the integrity of the game and its traditions,” said Sean McManus, Chairman, CBS Sports.

Although CBS is showing the Super Bowl this year, we won't see Nickelodeon’s slime cannons on the broadcast, so we can’t wait to see what the ‘toon team cooks up for their next NFL game next season.