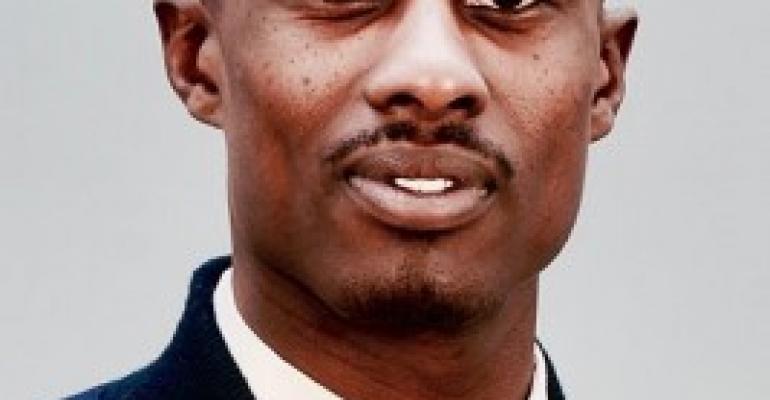 The wide receiver for the 49ers and Broncos has been tasked with advancing the custom plastic injection molder’s medical manufacturing business.

Job seekers know to put “team player” prominently on their resumes, but can they walk the walk, wonder potential employers. There was no such hesitation at Intertech Plastics when it hired Brandon Lloyd recently to fill the position of business development manager — he spent 11 years as a wide receiver in the National Football League (NFL).

Denver-based custom injection molding company Intertech said that it will leverage Lloyd’s experience and knowledge to expand its market position in the medical industry. Prior to joining Intertech, Lloyd was a medical device sales representative at Zimmer Biomet Spine, where he secured $1 million in sales revenue. Before that, he was a client relationship manager at Re-Steel Supply Co., but medical manufacturing clearly seems to be his professional trajectory going forward. I wondered what drew him to this industry.

“My enthusiasm for manufacturing stems from my childhood,” Lloyd told PlasticsToday. “My father worked at Tension Envelope Co. in Kansas City, Missouri. Going to work with him, riding in the elevator, and walking the floor, I grew a strong affinity toward my father’s working-class nature and the importance of organization and production.”

Lloyd went on to explain that he enjoys being in a business environment with individuals who have made it their life’s work to know how “things” are built, and then building “them.” From the outside looking in, said Lloyd, “the medical field seems a natural fit, because as an NFL player, it was part of my profession to have a heightened awareness of my kinesiology. Additionally, the medical device field is tailor-fit for an athlete’s mindset,” said Lloyd. “My experience on the field helped me absorb the tough talk (coaching) from the surgeon (customer) and understand the intensity and seriousness of the medical procedures I was helping them accomplish. Last but not least, to be a successful athlete requires extreme discipline and reliability. These two qualities are essential in the medical sales profession. My position at Intertech combines everything that I have done professionally over the last 12 years of my adult life,” said Lloyd.

He describes his first priorities at Intertech as gaining an understanding of the essential demands of the organization and then “marrying” himself to the company culture, “which is focused on innovation and continuous improvement,” said Lloyd.

Intertech’s motto is “precision is our purpose,” an ambition that it fulfills through automation and an unwavering commitment to defect prevention, consistency, and repeatability. The company specializes in tight-tolerance manufacturing, running more than 50 injection molding machines across two facilities. In addition to serving the medical device industry, the company produces industrial and consumer products. Lloyd is pumped by the prospect of raising awareness of Intertech’s expertise to medical device OEMs. “Intertech entered the medical industry in 2014 and has been growing this part of its business since that time,” said Lloyd, who plans to “play a critical role on continuing to advance the company’s focus on providing precision parts to the medical industry.”

Lessons learned on the gridiron

Lloyd attended the University of Illinois and played for the Illinois Fighting Illini, where he was a consensus first-team All-Big Ten player in 2001 and helped lead the Fighting Illini to a spot in the Sugar Bowl. He was drafted in 2003 by the San Francisco 49ers, and spent the next 11 years moving around the NFL, playing with the Washington Redskins, Chicago Bears, Denver Broncos, St. Louis Rams, and New England Patriots. He retired after the 2014 season back in San Francisco with the team where he began his professional football career. Those 11 years shaped his outlook on life.

“I had the unique experience of playing on seven ‘different’ teams. I use quotation marks around different because the execution, preparation, and conditioning are all the same, but the leadership among teams differs drastically,” explained Lloyd. “The ownership's and upper management's attitudes have an infectious trickledown effect. I have learned that sharing a positive and inclusive work ethic is harder than passing along toxic and non-inclusionary traits, because of complacency,” Lloyd told PlasticsToday. “People often think the highest paid player is the hardest working and best performing player. The truth is that everyone works hard but not everyone is an elite performer.” Lloyd applies that observation to his post-NFL career. “To achieve the greatest success, put your players in positions where they are great and keep them out of positions where they aren’t. Superior leaders have the foresight and teaching ability to do so.”

When I asked Lloyd about his most cherished football-related memory, he said that he goes back and forth between winning the Big Ten championship in 2001 and being selected to the NFL’s 2010 All-Pro team and playing in the Pro Bowl. “All of the team effort leading up to the Big Ten title was fluid, and within the squad’s success, there were individual efforts, which were moments made for legends,” said Lloyd. “Going to the Pro-Bowl was a dream come true. I played Tecmo Super Bowl on Nintendo as an elementary school boy and pretended like I was one of those players. Then to achieve it was a moment of profound humility, not egotism. I cherish that lesson the most of my past career in the NFL.”

That was then. Lloyd’s game plan, now, is to move the ball down the field for Intertech Plastics, as it seeks to expand its role in medical molding. He’s clearly ready and eager to take the ball and run with it.