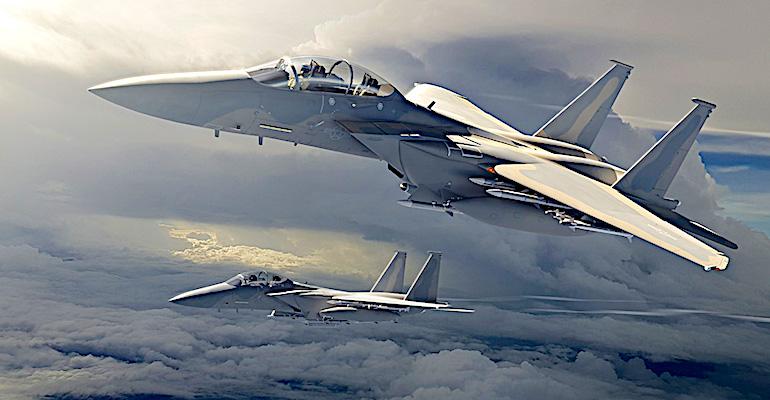 The Air Force’s souped-up F-15 is not only testing, it has already flown operational missions.

It was obvious that the Air Force has the Boeing F-15EX Eagle II on a fast track when the service took delivery of its first plane in April, just nine months after issuing the $23 billion contract for 76 of the planes, with the option of buying as many as 144.

The Air Force quickly took delivery of the first two examples of the updated F-15 and pressed them into testing service at Nellis Air Force Base in Nevada. “The main focus here is to provide the initial push for operational tests and evaluation to really evaluate the platform from an end-to-end perspective with the addition of a robust threat environment that we have here at Nellis,” said Colton Myers, Operational Flight Program Combined Test Force F-15EX test project manager. “That way, when we write our initial test reports, we’re giving an accurate look to the combat Air Force and the Guard as to what the platform is capable of when it initially fields.”

The Air Force says it does this testing at Nellis even though the planes are based at Eglin Air Force Base in Florida because Nellis offers the best air-to-air and surface-to-air training range and provides the highest fidelity data on the backend to be able to know whether the systems worked.

The Air Force and its pilots want to get an accurate understanding of how the F-15EX differs from the familiar F-15Cs that they’ve been flying for decades. “A big improvement the EX has is that it’s a digital flight control system, so it’s a fly-by-wire aircraft, versus the traditional C model, which is a standard hydro-mechanical aircraft completely controlled by the pilot, versus now a computer controlling the airplane,” said Maj. Kevin Hand, an F-15EX experimental and operations test pilot with the Air National Guard-Air Force Reserve Test Center

Another big change is the addition of the Eagle Passive Active Warning Survivability System to the F-15EX. “The EPAWS system is the next-gen advanced electronic attacks as well as electronic protects system that the EX and Strike Eagles are currently testing and developing and hopefully fielding in the relatively near future,” Hand said. “That’s going to give us the ability to essentially go into some of these more advanced threats or aerial denial kind of situations where we can now self-protect and self-jam our way through.” 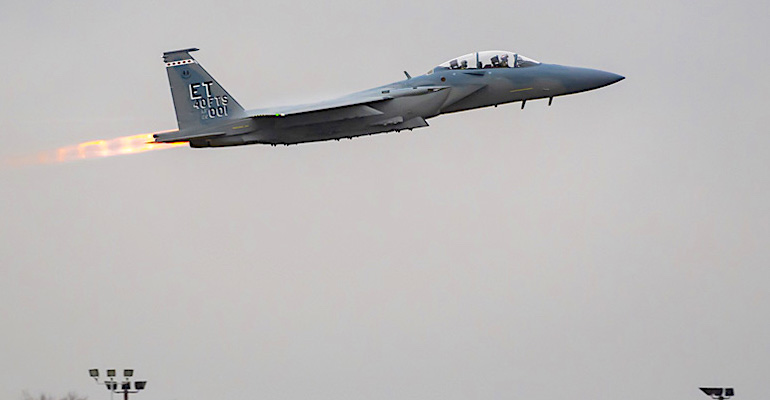 An operational Air Force F-15EX takes off from Eglin Air Force Base.

In addition to this testing, the F-15EXs also took part in real-world operational testing as part of the Air Force’s Northern Edge exercise in Alaska. “At Northern Edge we’re assessing how the F-15EX can perform in a jamming environment, to include GPS, radar, and Link 16 jamming,” explained Maj. Aaron Eshkenazi, F-15EX pilot, 85th Test and Evaluation Squadron. “The other main goal is assessing the EX’s interoperability with fourth and fifth-generation assets. With more than 60 aircraft airborne during every “vulnerability period” (that’s the period of time when an aircraft is vulnerable to harm) at Northern Edge, we’re putting the jet in the role it will perform in once it’s fielded, and seeing how it does. So far, it’s been performing really well.”

Like those of us who are limited to flying jet fighters in Microsoft Flight Simulator at our desks, the Air Force pilots are also coping with the inescapable headache of software upgrades. The F-15EX is flying with Suite 9.1 “X,” a version of Operational Flight Program Suite 9.1, which is comparable to Suite 9.1 “RR” that F-15Es and F-15Cs are currently testing and preparing to field.

We probably don’t need to worry about making that software upgrade ourselves, but you can bet that they are encountering the same kind of bugs that seem to accompany the more mundane upgrades the rest of us do experience. 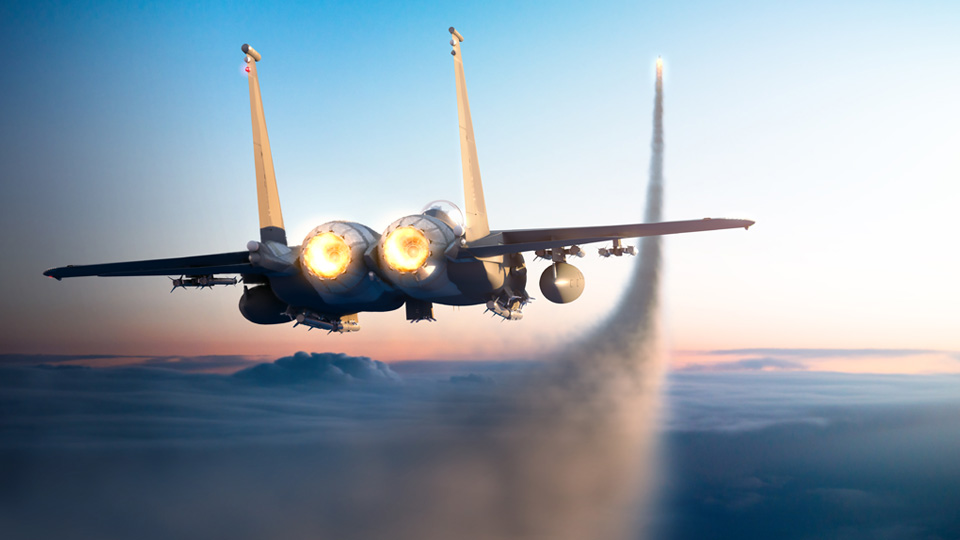 Weapons testing is an important part of preparing the F-15EX for service.