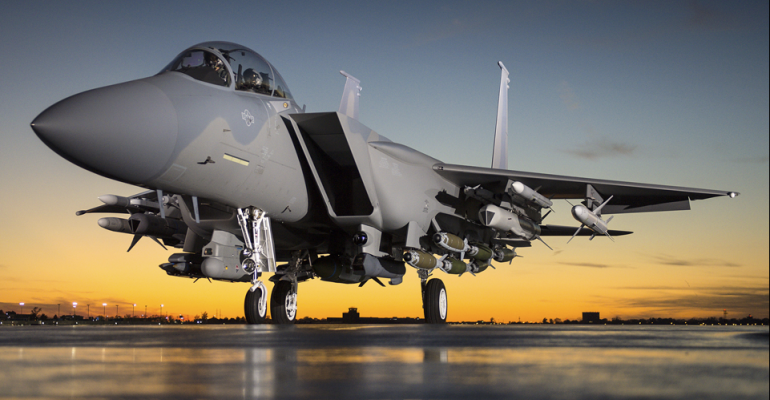 The Boeing F-15EX will fly far into the century, with the award of a $1.2 billion Air Force contract for the first eight copies of this thoroughly updated version of the veteran tactical fighter. The Indefinite Delivery, Indefinite Quantity contract provides for the design, development, integration, manufacturing, test, verification, certification, delivery, sustainment and modification of as many as 76 of the jets, for $23 billion. The Air Force could ultimately buy as many as 144 of the planes to replace ones currently in its 249-plane fleet as they age out.

In contrast to recent high-tech boondoggles in U.S. Department of Defense purchases across all its services, the F-15EX represents an incremental improvement that delivers a proven quantity. “The F-15EX is the most affordable and immediate way to refresh the capacity and update the capabilities provided by our aging F-15C/D fleets,” said Gen. Mike Holmes, commander of Air Combat Command.

“The F-15EX is ready to fight as soon as it comes off the line. When delivered, we expect bases currently operating the F-15 to transition to the new EX platform in a matter of months versus years,” Holmes said.

Those deliveries are scheduled to start with the eight planes in the 2020 budget. They will arrive at Eglin Air Force Base in Florida in the second quarter of 2021 and will be followed by another dozen planes on fiscal year 2021 budget. The new planes will replace the oldest F-15C/D aircraft in the Air Force inventory. The first two planes are already under construction at the Boeing F-15 production facility in St. Louis, Mo.

Many of the F-15EX’s new capabilities were developed for F-15 variants delivered to Saudi Arabia and Qatar, but it will include unique features that go beyond those planes, the Air Force promises.  The F-15EX has fly-by-wire flight controls, a new electronic warfare system, advanced cockpit systems, and the latest mission systems and software capabilities available for existing F-15s.

The biggest upgrade compared to the planes it will replace is the use of an Open Mission Systems architecture, which permits the latest technologies to be swapped in for older ones over time. It also includes a deep magazine that can carry a load of advanced weapons. Those weapons include 7,000-lb., 22-foot hypersonic missiles that are anticipated in the future 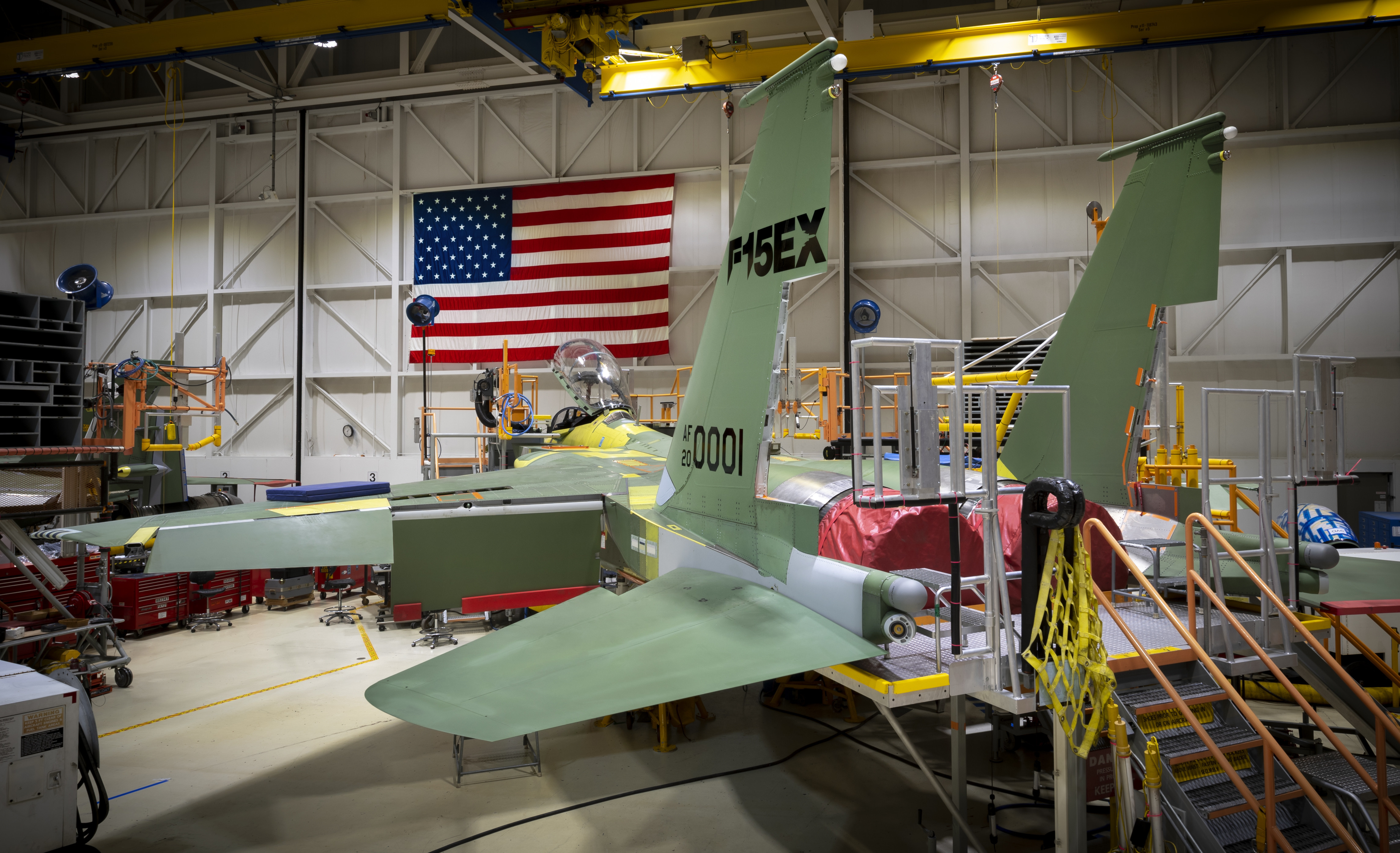 The F-15EX under construction at Boeing.

“The F-15EX’s digital backbone, open mission systems, and generous payload capacity fit well with our vision for future net-enabled warfare,” said Dr. Will Roper, assistant secretary of the Air Force for Acquisition, Technology and Logistics. “Continually upgrading systems, and how they share data across the Joint Force, is critical for defeating advanced threats. F-15EX is designed to evolve from day one.”

“F-15EX brings together benefits of digital engineering, open mission systems and agile software development to keep it affordable and upgradable for decades to come,” said Prat Kumar, Boeing vice president and F-15 program manager. “This means we can rapidly test and field new capabilities on F-15EX keeping our warfighters ahead of threats.”

The F-15EX’s readiness for action is the result of a five-year test program conducted jointly by the Air Force and Boeing that covered more than 15,000 test points during evaluation of prototype aircraft.

McDonnell Douglas, which has since merged with Boeing, delivered the first F-15s to Air Force squadrons in 1976. The plane is a twin-engine, all-weather tactical fighter that is available in either single or two-seat configurations. All F-15EXs will be built as two-seaters, though the back seat may not be used. 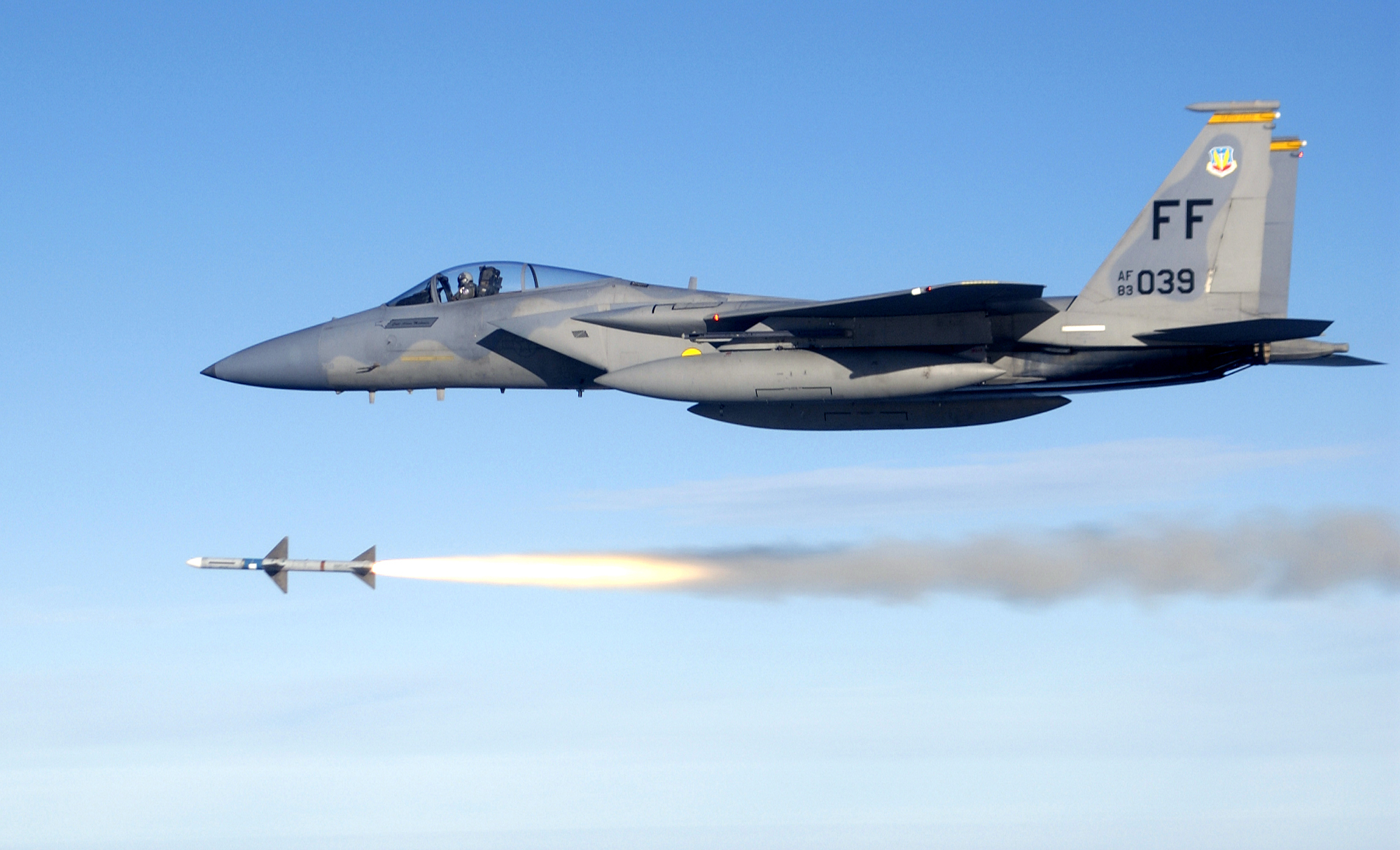 A Boeing F-15 fires a missile.

F-15C, D and E models were deployed to the Persian Gulf in 1991 for Operation Desert Storm where F-15C fighters accounted for 34 of the 37 Air Force air-to-air victories, according to the Air Force. F-15E's were operated mainly at night, hunting SCUD missile launchers and artillery sites.
The planes have since been deployed for operations Southern Watch (no-fly zone in Southern Iraq), Provide Comfort in Turkey, Allied Force in Bosnia, Enduring Freedom in Afghanistan and Iraqi Freedom in Iraq.