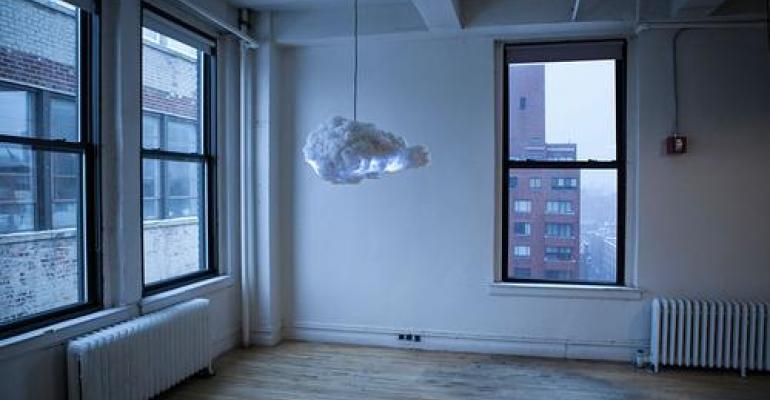 There's nothing more exciting or terrifying -- depending on your perspective -- than a summer thunderstorm. Well now you can have one right inside your house thanks to a multi-sensory experience courtesy of Cloud, a gadget that is part lamp, part sound experience.

Designed by Richard Clarkson of Richard Clarkson Studio, a product, lighting, and furniture design studio based in New Zealand and New York, Cloud was inspired Hurricane Sandy, which ravaged the East Coast in 2012.

"As terrible and destructive something like that is, there is something stunning about the power of such an incredible force," Clarkson told Design News. "The challenge was to subvert that power and give it to people in the form of an in-house thunderstorm." 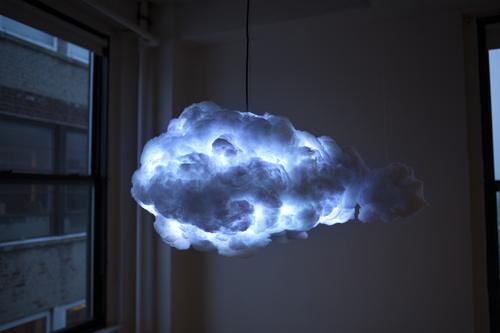 Cloud looks like, well ... a cloud - a storm cloud, to be exact. It's made of plastic and covered with a hypoallergenic fiber that hangs from the ceiling. The mold houses the speaker and electronics, and the fiber has been sprayed with a setting agent and a fire retardant.

MORE FROM DESIGN NEWS: 15 Inventions That Changed Our Lives

Cloud has three main functions, Clarkson said: a lamp mode that acts as a soft ambient light source; a music-reactive mode in which the lights react to the music played through it; and a motion detection mode. A user controls The Cloud with a remote control. 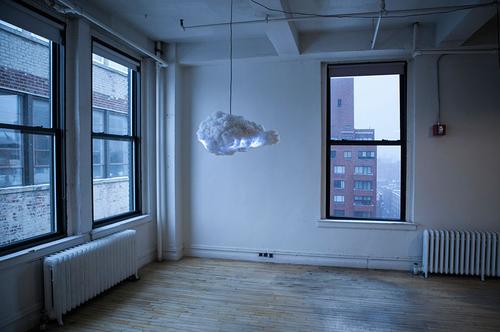 The intelligence of Cloud comes from the Arduino platform, to which Clarkson added some of his own ingenuity to create the multisensory experience. "I was able to code an algorithm that replicated a random lightning strike, using a strand of LEDs and a timing function," he told us. "I also added an SD card and sound player to incorporate the thunder sound track."

Cloud also has a Bluetooth capable speaker, and a built-in microphone that allows it to flash to the beat of the music streamed through the speaker. A final feature -- the motion sensor -- allows people to interact with Cloud through a "unique thunderstorm" that the gadget creates based on someone's motion, Clarkson said.

From the video Cloud looks like a pretty cool experience. However, this experience comes at a pretty high price -- $3,360 for the full-featured Cloud. Clarkson also offers a smaller version that starts at $480 but does not have all of the interactive features.

Most customers of Cloud have purchased it to add "an interesting design statement" to their homes," Clarkson said, while some even use it as a sleep aid.