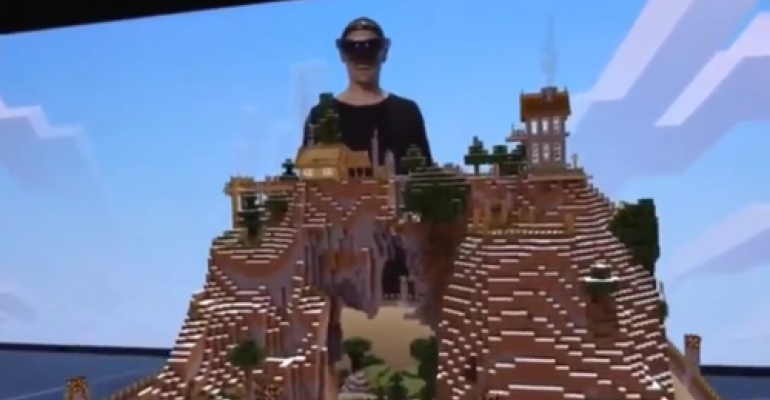 Is Microsoft creating the best version of augmented reality (AR) we've ever seen? A demonstration of the HoloLens headset at the company's press conference at E3 2015 is pointing to yes.

Back in January, when Microsoft announced the HoloLens, it wasn't clear just how fully the company could realize its proof of concept and create a headset capable of layering 3D interactive holograms onto the real world. Plenty of AR headsets and technologies have hit the market (Google Glass anyone) but so far the closest we've gotten to any sort of mass adoption of augmented reality are the QR codes on billboards and cereal boxes.

But the E3 demo from Microsoft could change that (as long as the eventual price for the HoloLens is right). 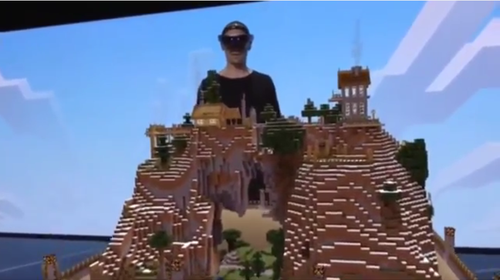 MORE FROM DESIGN NEWS: With HoloLens Microsoft Bets on a Holographic Future

Microsoft staff demonstrated a 3D version of the uber-popular game Minecraft for the E3 audience. The 3D visuals were what anyone who has seen the Oculus Rift or other virtual reality headset might expect. But what really stunned the audience was that the user was able to lay out an interactive AR version of the game on an ordinary table -- enabling him to interact with the environment by moving around the table, pointing and moving objects, and even leaning in to look over, around, and inside structures.

While the demonstration was perfect for E3's video game-centric audience, Microsoft has stressed that HoloLens won't just be for leisure and is hoping it will find use among engineers, designers, and artists, as well. Imagine being able to create and explore diagrams, schematics, and blueprints in real time 3D. Minecraft itself is essentially LEGOs for the digital generation and is a perfect game for budding engineers, so it's easy to see the potential for more serious applications. Engineers at Ford have even used VR technology to design its GT supercar.

Microsoft hasn't yet announced a release date or pricing for HoloLens but says holographic functionality to support the headset will be a part of the new Windows 10 OS which will drop in July.

Check out footage Microsoft's HoloLens demo below. And tell us what you think in the comments section.