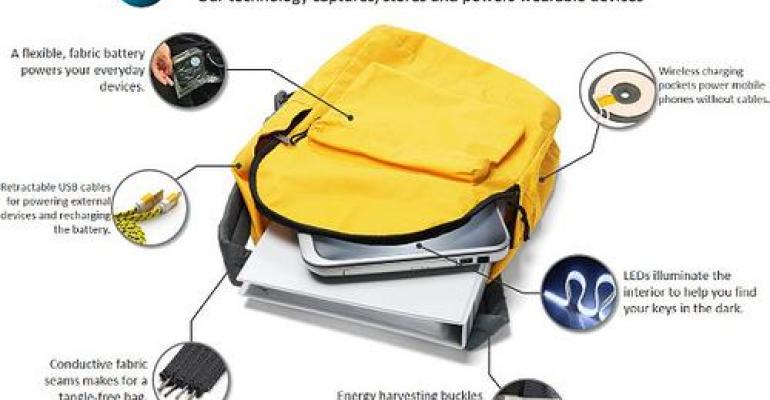 Backpacks have long been handy for taking books and other essential items with us when we're on the go. Now, thanks to a team of Australian researchers, a backpack also lets you carry around with you a complete charging system for all your mobile devices.

A team at the Commonwealth Scientific and Industrial Research Organization (CSIRO), Australia's National Science Agency, has invented a backpack called the Flexible Integrated Energy Device (FIED) that combines wearable technology and wireless power sources to create a complete power system for personal electronics. The idea for the backpack came from the invention of a small, flexible battery in 2007 by researchers at the organization.

The three-part system has a number of components that potentially could make it the ultimate wearable technology, according to a post on the CSIRO news blog.

MORE FROM DESIGN NEWS: How To Make Your Own Apple Watch, A Retro One That Is 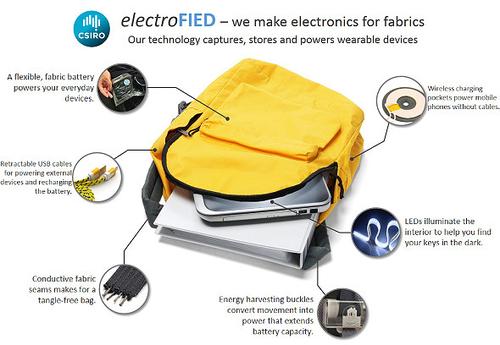 Its core aspects are an energy-harvesting system that harnesses energy from the natural movements of the wearer through the backpack's straps; a flexible battery that stores the energy until it's needed; and a washable fabric woven from conductive fibers that doubles as cabling to connect electronic devices, wrote Adam Best, a member of the team that designed the system, in the post.

"We think we've solved four problems to do with wearable electronics," he wrote. "Batteries are rigid. Ours is flexible. Batteries go flat. FIED is like a supercharged Energizer bunny. Energy harvesters can be heavy and hard to wear. Ours is barely there. And wires? We got rid of them."

MORE FROM DESIGN NEWS: Flexible Solar Cell Can Be Woven Into Energy-Harvesting Fabric

The only visible feature that will distinguish clothes and bags made from the flexible battery fabric from normal clothes are a number of small outlets where people can plug in their electronics, according to Best.

The backpack also includes a number of user-friendly features like pockets where wireless devices can be plugged directly into the fabric; LED lights on the inside for finding items like your keys; and retractable USB cables for powering external devices and recharging the battery.

The organization is testing FIED and searching for partners to take its flexible battery to market not only in FIED, but also in other wearables already being sold commercially.