Engineers: Looking for a Job? 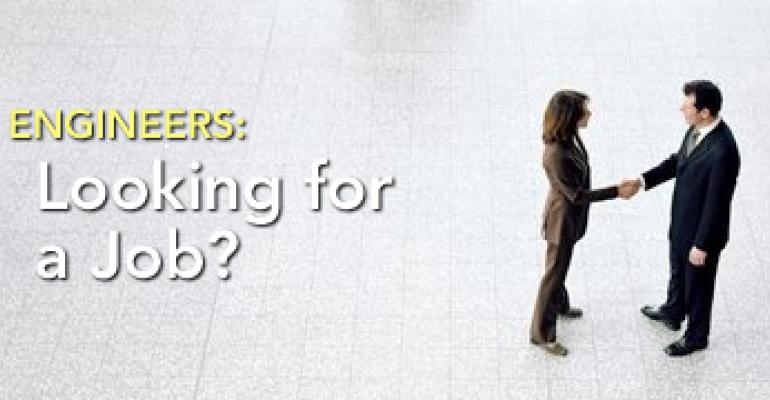 Even in a downturn, defense contractors are hiring.

The caveat:  Most jobs are contracted positions.

With many companies downsizing their workforces, one bright spot in the field of engineering is the defense industry.

Multi-million-dollar contracts have been awarded through the early part of 2009 including: support for the U.S. Navy P-3C aircraft, support for the Marine Corps. Systems Command's Communications, Intelligence and Networking Systems Product Group and integration services for mission packages that will deploy from and integrate the Littoral Combat Ship.

"The defense industry has been experiencing growth in recent years," says Gus Gulmert, director of communications - Washington for Northrop Grumman Systems Corp. "Most contractors have sizeable backlogs so there is a significant amount of work that's in process and still to be done."

That's a good thing for engineers looking for work, because there are lots of open positions for lots of types of engineers. Northrop Grumman, for example, is looking for systems engineers, mechanical engineers and software engineers.

The company's careers' page lists several thousand current job openings - a high percentage of them are for technical or engineering positions. Raytheon, which recently won a $9.2 million contract from the U.S. Army for Patriot missile system upgrades, lists more than 800 engineering positions nationwide.

Boeing is actively pursuing the recruitment of new engineers, but it's based on need.

"It is all dependent on what the need is, individual's skills and qualifications," says Boeing Spokesman John Dern. "But yes, we are always looking for engineers."

Boeing also has a good number of jobs in the defense sector.

"A lot of our engineering jobs in the defense sector are dependent on government defense decisions," Dern says. "The new cabinet is only just now beginning to publicly materialize defense strategies."

But jobs in the defense industry, while appealing, may not be the place for an engineer looking for a permanent position. Engineers who work on defense contracts go from job to job. For some this is how they handle their careers; for others, looking for stability, it may not be the best fit.

"If the engineer is looking for a permanent position and looking for a career opportunity, he's probably not going to find it in defense," says Lee Holland, vice president of North Carolina-based Carnegie Resources Inc., which specializes in engineering, manufacturing and technical equipment recruiting. "Ninety-nine point nine percent of the time they're contract positions, even if they claim they are permanent."

The duration of a typical contract job is anywhere from three months to one year.

And while there are lots of engineering positions out there in the defense industry today, it could turn on a dime, just as so many other positions have in other industries.

"Unfortunately with contracts today being what they are and the pressure on government spending being what it is - I don't know if it's the safest place on earth," Holland says.

Get started: View a list of engineering jobs and job categories from Raytheon, General Dynamics, Northrop Grumman and Lockheed Martin.