A Noisy World Requires dB and dBA. But What About dBm? 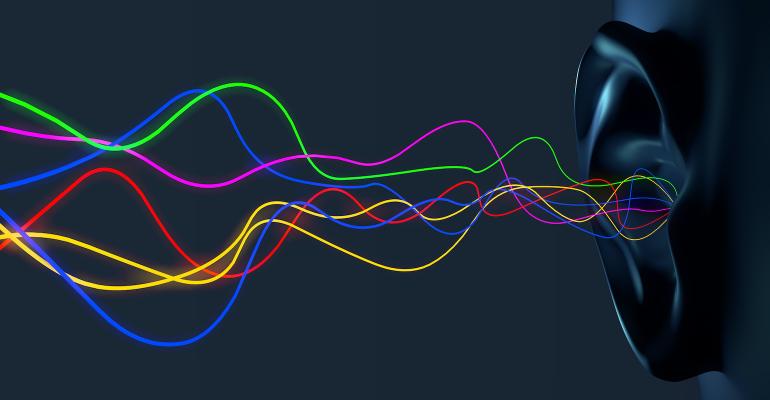 Our world is noisy. Understanding the basics of db will help reduce the noise in our solutions.

We live in a noisy world, from traffic and aircraft congestion to construction sites, TV shows, and many other sources. But understanding dB measurements can help, as we will soon see.

Noise is an unwanted sound that interferes with everyday activities, such as sleep or conversation. The World Health Organization (WHO) defines noise above 65 decibels (dB) as noise pollution.

But the 65 dB limit is only for daytime noise. Studies have shown that restful sleep is impossible with nighttime ambient noise levels over 30 dB.

Noise becomes harmful to humans when it exceeds 75 decibels (dB) and is painful above 120 to 140 dB. 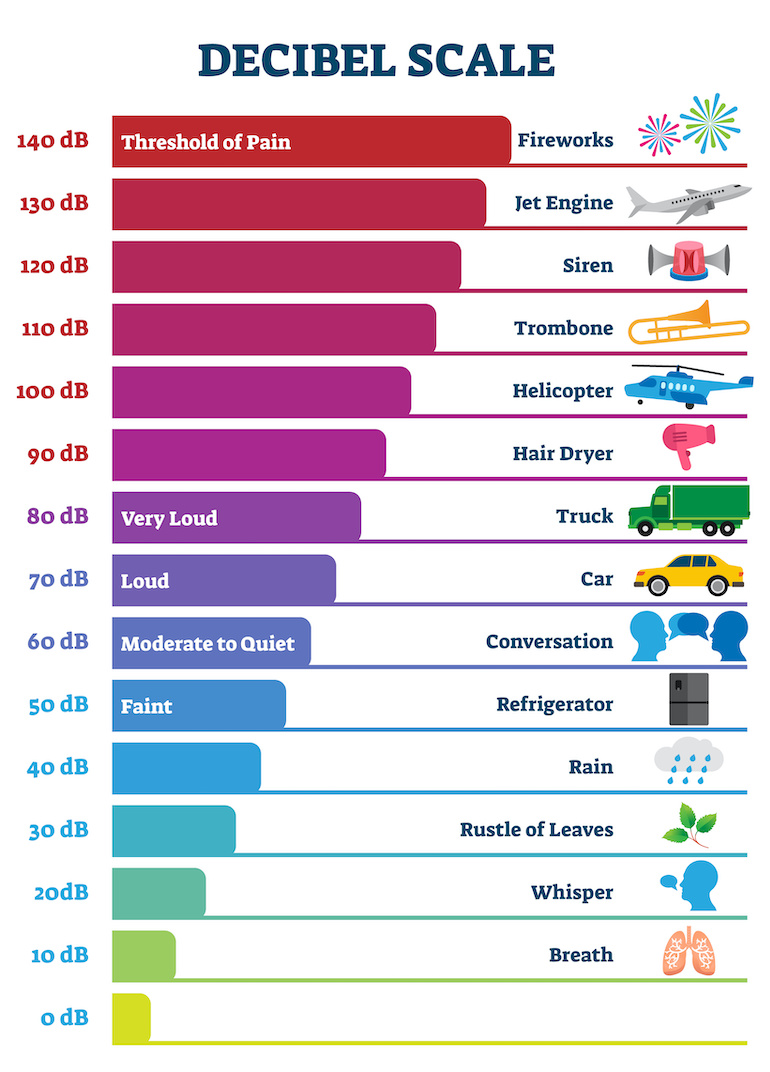 Cities aren’t the only place where noise pollution exists. A study from several years ago at Colorado State University and the National Park Service found that human noise doubled the number of background sounds in 63 percent of US-protected areas.

Noise pollution in US National Parks prompted Quiet Parks International (QPI), a nonprofit working to establish certification for quiet parks to raise awareness of and preserve quiet places. The organization has identified hundreds of parks worldwide, including 30 in the US, that it believes are quiet or could become so with management changes.

Sound is a physical phenomenon consisting of tiny vibrations that travel through the air. Sound is sensed by the human ear and specific measurement equipment.

The sound intensity or level is measured by a decibel unit, originating in the measurement of transmission loss and power in 20th-century telephony. The bel was named in honor of Alexander Graham Bell, but the term is seldom used. Instead, the decibel – or a tenth of a bel – is used in today’s measurements. The decibel (dB) is used to determine the gains of amplifiers, attenuation of signals, and signal-to-noise (S/N) ratios.

According to NASA, a decibel is a unit used to measure the volume of a sound, equal to ten times the common logarithm of the ratio of the intensity of the sound to the intensity of an arbitrarily chosen standard sound. The decibel is also used to measure an antenna's relative strengths and amplified signals and always refers to a ratio or difference between two values.

The range of sounds that can be detected and non-detected by the human ear is vast. Such an extensive range makes using a linear scale to represent the intensity of these sounds very cumbersome. Thus, a logarithmic scale – measured in decibel or db - represents the intensity of a sound. A sound level of 0 dB is at the threshold of human hearing. It is the quietest sound that a human can hear under ideal situations.

Normal speech has a sound level of approximately 60 dB, while sound levels above 120 dB begin to be felt inside the human ear as discomfort. Sound levels between 130 to 140 dB are felt as pain.

Logarithmic levels – for sound or Richter scale earthquakes - cannot be arithmetically added or subtracted like regular linear numbers. However, a few simple rules will help. For example, if a sound's intensity is doubled, then the sound level increases by 3 dB:

Engineers calculate decibels as a unitless ratio of two quantities, e.g., signal/noise, vibration-1 /vibration-2, etc. The actual equation is the logarithm to base 10 of the ratio instead of the raw ratio. This is done for convenience in expressing the ratio of numbers many magnitudes apart with resulting decibel numbers that are not as large.

For example, If G1 and G2 are two vibration acceleration amplitudes, then their decibel ratio (or decibel difference) is:

Now let’s consider a practical example. The noise of a jet engine at 30 m above sea level will typically be measured near 150 db. As mentioned earlier, sound levels between 130 to 140 dB are felt as pain in human beings (and even more so in some animals). For this reason, airports near significant cities have noise suppression strategies and restrictions on db levels.

Jet aircraft are still a source of much noise when flying over residential areas. There are many strategies and technologies to reduce aircraft noise. One technology that has proven effective in reducing engine noise is siphoning off some air traveling through the jet engine and forcing it at high pressure through multiple microjets that fan around the engine's large exhaust. Noise is reduced when the small jets of high-pressure air hit the large stream of lower pressure engine exhaust.

The FAA uses the dBA scale to compare jet engine noise. dBA levels are "A" weighted according to the weighting curves to approximate how the human ear hears. For example, a 100 dB level at 100 Hz will be perceived to have a loudness equal to only 80 dB at 1000 Hz. (Image Source: FAA)

The dBA sound pressure scale considers the fact that the human ear is not a measuring instrument but has different sensitivities for different frequencies.

Similarly, a related type of decibel unit used in electronics is the decibel milliwatt (dBm) or, more precisely, the decibel above 1-milliWatt. The dBm terms relate power levels to a fixed reference of 1-mW standard input: 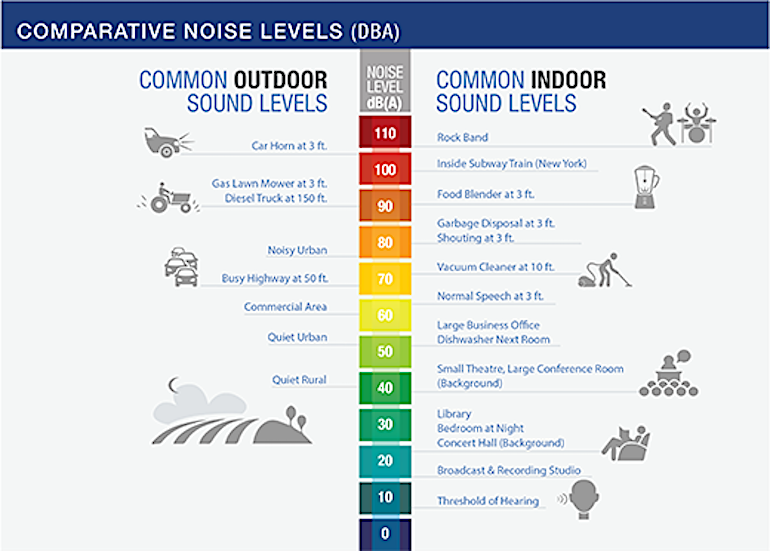