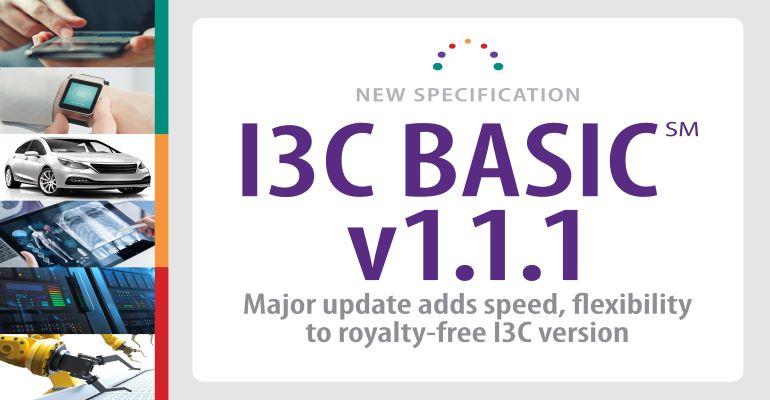 The MIPI Alliance has expanded its standards activity beyond mobile products to the IoT, including the I3C Basic standard governing data transfer for devices connected to IoT networks.
Standards group broadens activities as members expand in growth industry sectors.

For almost two decades, the MIPI Alliance has through its member organizations created hardware and software standards that have enabled companies to develop mobile products that share common interfaces, while still leaving room for product innovation and differentiation. Having established its roots firmly in the mobile space, the MIPI Alliance I seeking to strengthen standards activities in other sectors, including the IoT and automotive.

The MIPI Alliance’s four original members were ARM, Nokia, STMicroelectronics, and Texas Instruments. The group has now grown to over 300 members, covering a who’s who in the mobile industry.

“We’ve seen all the evolution of mobile that no can could have predicted back then,” said Peter Lefkin, Executive Director of MIPI, in a recent interview with Design News. One example of the Alliance’s long-term influence was the development of a standard interface for cameras in mobile phones, when cameras were beginning to be designed into mobile phones. Now, practically all mobile phones integrate a camera of some sort.

Lefkin believes that the widespread implementation of camera standards for mobile phones has made it easier for companies to implement cameras in other products, whether they be tablets, PCs, or other products.

Related: How MIPI Alliance is Enabling the Smart Factories of the Future

While MIPI requires companies to join to adopt its standards, the need for OEMs to design products to commonly accepted standards more than outweigh membership fees, which start as low as $4,000 for small companies at the adopter level. As the membership in MIPI has increased, so has the type of companies.

“We now have test equipment vendors, semiconductor vendors, IP companies,” Lefkin said. He added the organization presently has about 15 working groups developing various standards. Besides providing an organized forum to discuss existing and proposed standards, MIPI also provides program managers to support the member working groups. “We bring cohesion to the standards-making process, even down to technical editing of documentation.”

The growth of the IoT has sparked standards activity within MIPI, particularly regarding the secure transmission of data. MIPI has developed a bus specification, called I3C®, which aims to optimize energy and power efficiency over existing buses such as I2C and SPI. The spec is also designed to reduce pin count and paths while achieving low EMI. MIPI considers the I3C spec important for the increasing number of battery-powered products that will interface with the IoT.

I3C is available in two versions, the full-featured I3C and a royalty-free I3C Basic version, which has a reduced feature set.

Lefkin noted that Tesla and other automotive OEMs are coming to MIPI to inquire about interface specs as well. The automotive industry has a plethora of automotive industry standards, some dating many years. “But More companies are now realizing the need to cooperate and collaborate,” Lefkin said.