From Metaverse to Processors, Technology on Full View at 2023 CES 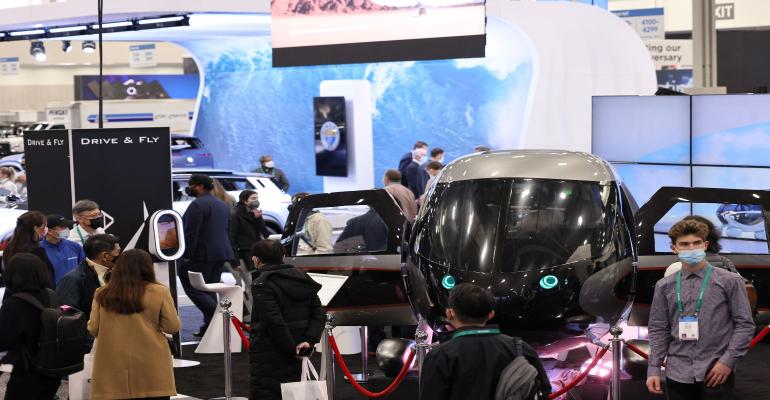 A view of the busy show floor from CES 2022. CES 2023 promises to be an even bigger and better show.
A look the dazzling array of technologies on display at this year’s Consumer Electronics Show.

The Consumer Electronics Show has long been a showcase for the latest consumer gadgets, which over the years have spanned the gamut from PCs and audio/visual equipment to smartphones and mobile devices, and more recently robotics, wearable devices and electric and autonomous vehicles.

CES 2023 is no exception. Developments in metaverse technology, automotive systems and software,  high-speed processors and microcontrollers, video products, wearables and health, are just some of the areas covered at this year’s show, now on display at the Las Vegas Convention Center in Las Vegas January 5th through 8th

Here are some examples of products and technologies on display at this year’s show.

Nvidia has also strengthened the core components for its Omniverse Enterprise metaverse development system for businesses. The company has updated Omniverse Kit SDK, the powerful toolkit for building extensions, apps, microservices or plug-ins, making it easier to build advanced tools and Omniverse applications with new templates and developer workflows. 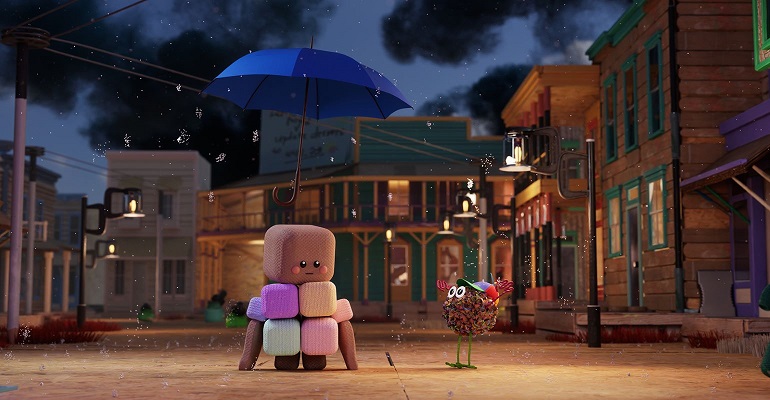 Nvidia continues to enhances its metaverse tools, including its Metaverse development ecosystem.

CES has traditionally been a stronghold for consumer products using the latest high-speed processors, so it is no surprise that there are several major processor announcements at this year’s show.

The 13th Gen Intel Core H-series mobile processors include the first 24-core processor for a laptop.

The new processor family offers  up to 5.6 gigahertz (GHz) turbo frequency, which Intel claims is the highest clock speed available for the laptop market,  delivering up to 11% faster single-thread performance and 49% faster multitask performance over the previous generation. 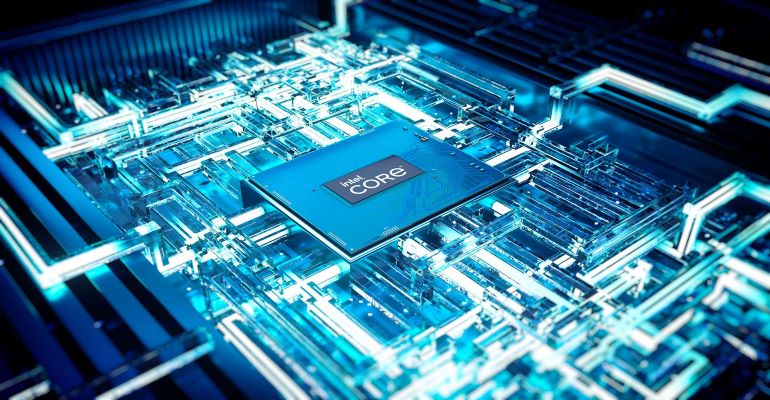 Intel is showing mobile versions of its 13th Gen Core processors at CES 2023.

Green Hills’ µ-velOSity RTOS is a tiny, fast and easy-to-program, memory-efficient real-time operating system for a wide range of applications, including those with ASIL requirements. µ-velOSity needs only a few kilobytes of ROM and boots quickly in a minimum of processor cycles. The ultra-small context switch time and fast kernel service calls of this operating system (OS) also make it ideal for real-time automotive functions. And, the clear, concise application programming interface (API) reduces development time and improves product maintainability, cutting costs and speeding up time-to-market. In addition, for developers moving from standalone or no-OS configurations, µ-velOSity provides a well-established migration path.

The OX05B1S image sensor is built on OMNIVISION’s 2.2-micron PureCel®Plus‑S and Nyxel® pixel technologies. Nyxel delivers the industry’s highest NIR quantum efficiency at 36% (a 3x boost from 12% in the previous generation). The GW6 camera video processor is developed on the TSMC 16nm automotive process and will be offered in a 7 x 7mm fcCSP package (video processing only) or a 17 x 17mm fcCSP package (neural network version). 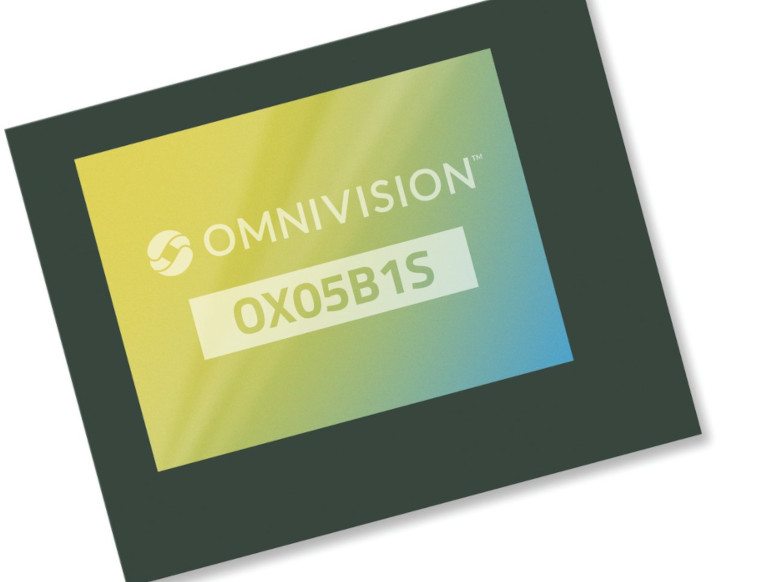 At CES, GEO Semiconductor and OMNIVISION are demonstrating a solution to simultaneously capture and processing high-quality color (RGB) and infrared (IR) automotive interior video from a single sensor.

With automotive and other applications driving up demand for Silicon Carbide (SiC) transistors, On Semiconductor is expanding its SiC offerings. At CES, ON is showcasing three new members of its EliteSiC family – the 1700 V EliteSiC MOSFET and two 1700 V avalanche-rated EliteSiC Schottky diodes.

Image courtesy of On Semiconductor 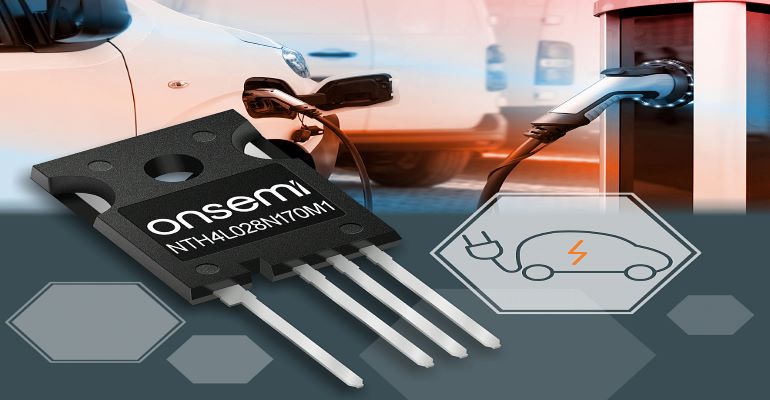 According to the company, the Eyeonic Vision System integrates the company’s unique photonics technology into the industry’s first available turnkey vision solution, reducing time to market for manufacturers seeking to incorporate machine vision into their products. The system targets robotics, autonomous vehicles, smart cameras and other advanced products.

At the heart of the Eyeonic Vision System is the company’s fully integrated silicon photonics chip. With roughly 10 milli-degrees of angular resolution coupled with mm-level precision, it provides more than 10x the definition and precision of legacy LiDAR offerings. This enables the Eyeonic Vision Sensor to measure the shape and distance of objects with high precision at great distances.

The vision system couples the Eyeonic Vision Sensor and a digital processing solution based on a powerful FPGA. The compact, flexible architecture of the new system enables synchronization of multiple vision sensors for unlimited points/second. The Eyeonic Vision System supports multiple scanner options and gives customers with the flexibility to tailor their designs to maximize performance for distance and field of vision for their application. 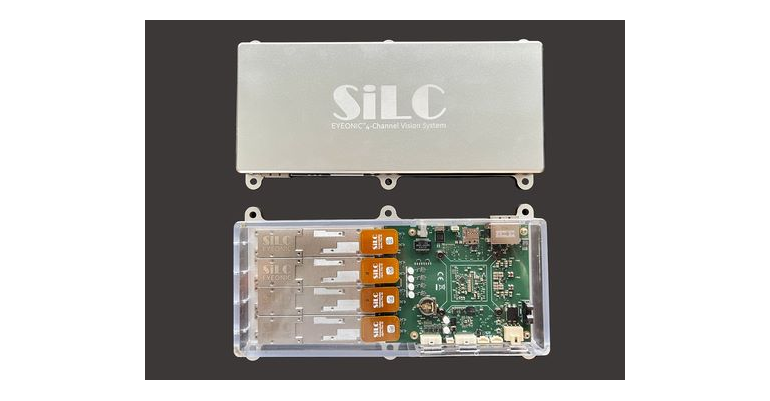 MICLEDI Microdisplays, which designs microLED (µLED) displays for high-end Augmented Reality (AR) glasses, has produced its first demonstration units of Red µLEDs on AlInGaP starting material. The newest addition to its portfolio of R, G and B µLEDs follows the company’s strategy of optimized display module performance and is manufactured in a CMOS compatible flow, free of arsenide. Demonstration units of both Red GaN and Red AlInGaP will be shown at the company’s booth (#54946) in the Venetian Expo at CES 2023.

MICLEDI’s strategy is to enable true consumer AR glasses by making the best individual color-performing µLEDs, which when coupled with the company’s proprietary micro-lenses can be integrated into the highest performing full-color 3-panel µLED display module. 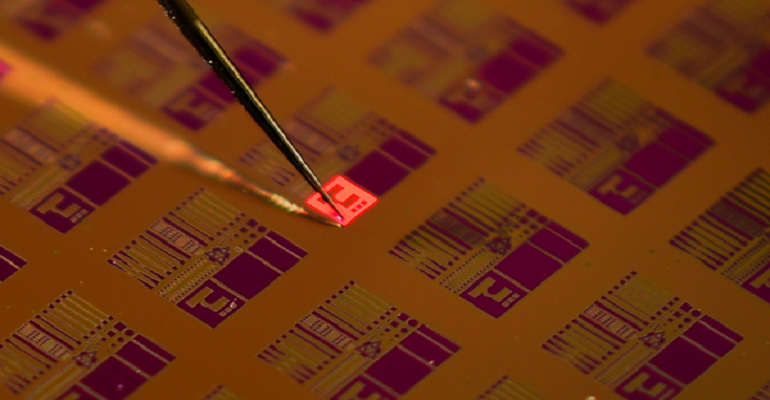 LG Innootak will show its optical telephoto zoom camera module, a micro-component developed for the smartphone that integrates the telescopic camera functions that were mostly applied to the professional cameras such as DSLR or mirrorless camera.  It is mounted on the rear side of the smartphone to enable the image and video to be taken without image quality degradation even when zooming from long distance.

The module makes optical zoom filming possible at magnifications of 4~9 times section. There are two main types of zooming, optical and digital. Unlike the digital zoom that simply magnifies the size of the image to have serious quality degradation, the optical zoom camera moves the lens directly to zoom the subject, which has advantage of maintaining the high image quality. 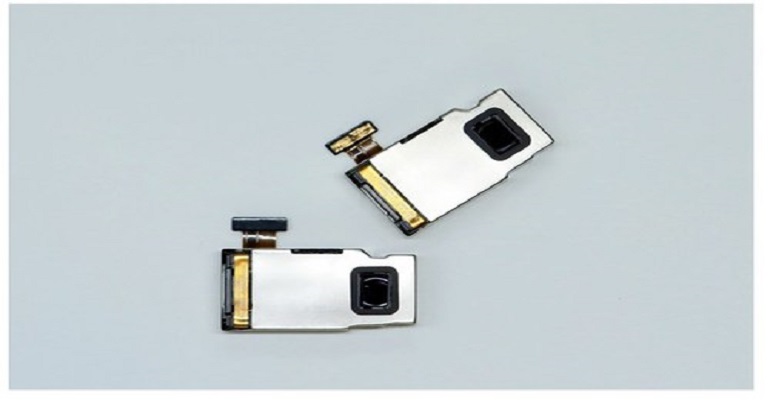 The Future of Wi-Fi

While most of us take WiFi for granted, there is plenty of R&D afoot to ensure this technology meets future connectivity needs for both business and pleasure.

MediaTek, one of the first adopters of Wi-Fi 7 technology, will demonstrate a full ecosystem of production-ready devices featuring the next generation of wireless connectivity for the first time at CES 2023.

Using a 6nm process, MediaTek's Wi-Fi 7 solution offers a reduction in main power consumption by 50% and 100x lower MLO switch latency when compared to competing options. 4T5R and penta-band mesh are also included to address a larger area of coverage and higher number of linked devices.

The devices being demonsrated include MediaTek's latest Filogic chips, which combines a Wi-Fi 7 access point technology to broadband operators, retail router channels and enterprise markets; and the Filogic 380 chipset, designed to bring Wi-Fi 7 connectivity to all client devices, including smartphone, tablet, laptops, TVs, and streaming devices.